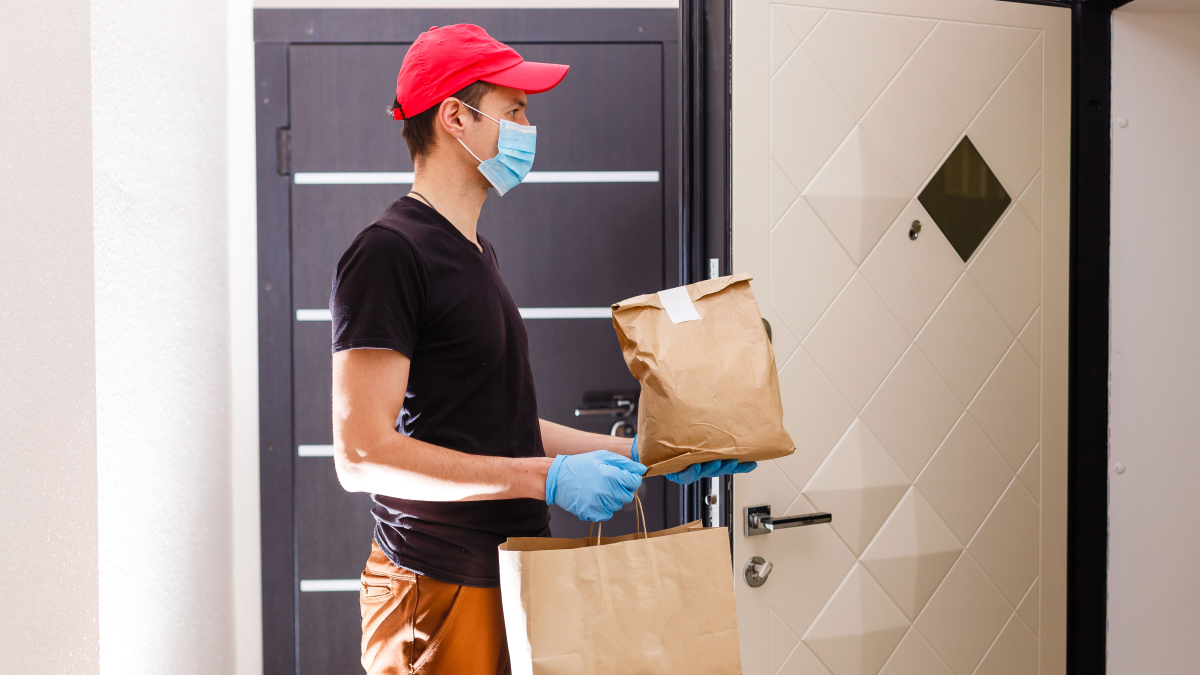 Chicago has taken food delivery services Grubhub, DoorDash and other Chicago-area businesses to court.
According to a news release issued by Mayor Lori Lightfoot on Aug. 27, the lawsuit claims that the two companies engaged in "deceptive and unfair business practices that damage restaurants and mislead customers." The city seeks to change the business model of each company, including greater transparency, restitution for customers and restaurants, and penalties.

Lightfoot made the following statement:

We faced a global pandemic which decimated businesses and drove people inside, and the defendants' meal delivery apps became a main way for people to eat and support local restaurants. It is extremely concerning and regrettable that these companies violated the law during such difficult times. They used unfair and deceptive techniques to profit from restaurants and consumers struggling to stay afloat.

The mayor's office released a release that outlines allegations that each individual can face, and also a few that could be applied to both. Grubhub and DoorDash, according to city lawyers, engaged in advertising for delivery and order services at restaurants that were not connected to those platforms.

According to the city, both companies engaged in "bait-and switch" tactics. They emphasized small delivery fees upfront and then added additional fees at the end. According to the news release, "This raises the total cost for delivery by as much six times the amount originally advertised." The menu prices were also "significantly" higher on both platforms than they would have been if you ordered directly from the restaurant.

Chicago's case reveals that Grubhub used "routing" phone numbers that were misrepresented to be direct lines to restaurants and "regularly” charged restaurant commission fees for such calls. Grubhub also created fake "impostor" websites that would allow customers to send their orders to Grubhub. Grubhub also employed "deceptive, promotional campaign to "save restaurants" and passed the costs to restaurants. It also violated Chicago's 15% "emergency limit" on restaurant commissions. The company was alleged to have taken a larger cut than what was allowed by Chicago's pandemic relief laws.

Separately, the statement claims that DoorDash misled customers about tipping going to drivers; added a misleading 'Chicago Fee' of $1.50 to every order in the city, misleadingly implying that the fee was required or paid to Chicago when in reality that money went directly to DoorDash.

DoorDash spokeswoman, Annette Levy, stated that the lawsuit was "baseless." This is a waste taxpayer resources and Chicagoans should be furious. DoorDash supported Chicago during the pandemic by waiving restaurant fees, providing $500,000 in grants directly to the City, creating strong earning opportunities and delivering food and other necessities for those in need. This lawsuit will not cost taxpayers and it will deliver nothing.

The city also issued a statement refuting several claims in the lawsuit. It claims that the "Dashers", the name it uses for its delivery workers, have always received 100% of their tips. DoorDash notes that although no new restaurants have been added to the site as of Nov. 2020 (other than those already partnered with it), they didn't pay any fees. They also had the option to opt out and would be removed in 48 hours.

Mashable also reached to Grubhub for a response, but no such statement was available as of publication. The Verge was provided with this statement by the company: "We are deeply dissatisfied that Mayor Lightfoots has filed this baseless lawsuit. We will vigorously defend our business practices and every allegation is completely false. We are looking forward to responding in court, and we are confident that we will prevail."

It is worth noting that Chicago's lawsuit did not happen in isolation. A 2020 report outlined Grubhub's practice of listing non-partner restaurants in its ordering system. Another example was another that contradicts DoorDash's claim Dashers have "always” received full tips. DoorDash had to adjust its tipping model in 2019, and it paid $2.5 million to settle a year later. It found out that tips were being used as a subsidy for delivery workers.

All this is to say that Chicago's lawsuit stems from a long history. DoorDash and Grubhub may both claim that things are certain, but that does not mean all claims are true. This is why the legal process exists. Keep watching.
facedeceptivelawsuitrestaurantsdeliveryusedunfaircitypracticesfeesdoordashstatementgrubhubcompany
2.2k Like