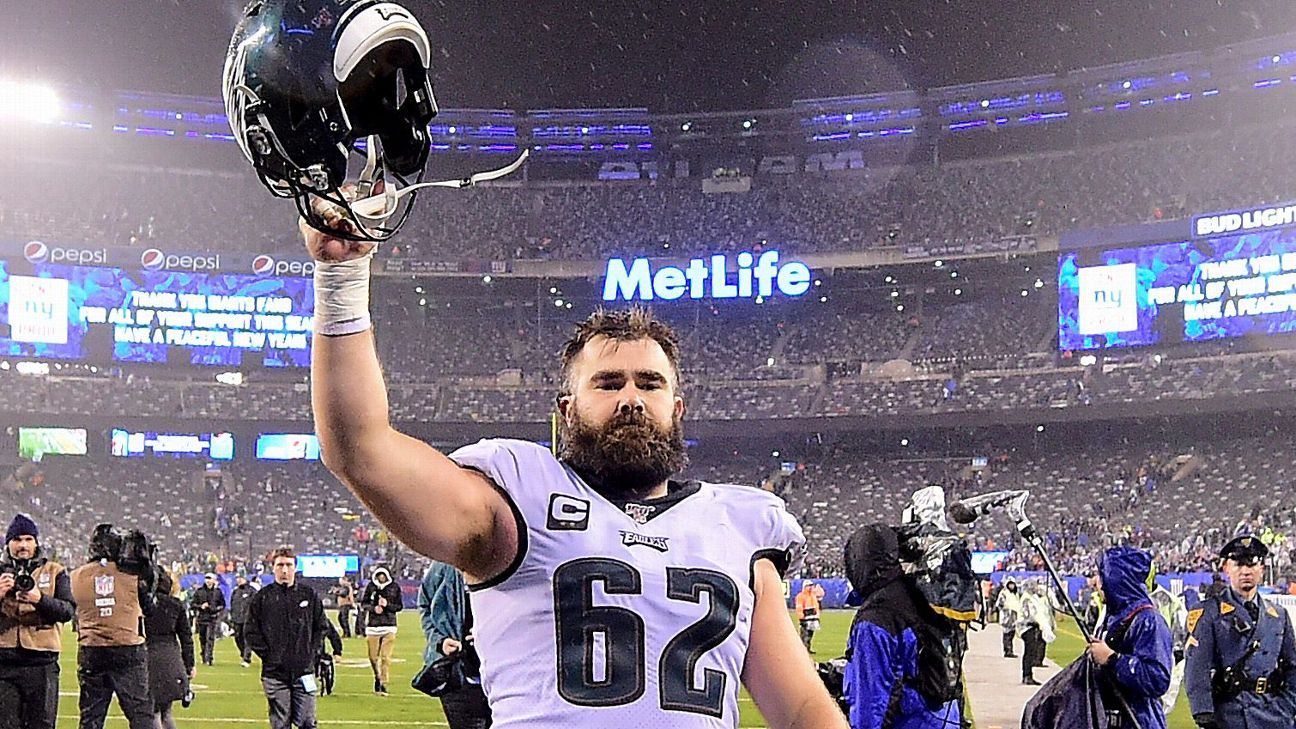 The preseason finale between New York Jets and Philadelphia Eagles at MetLife Stadium was delayed by a thunderstorm, and the players were forced to return to their locker rooms.
Everyone, except for Jason Kelce, Eagles center.

The waterworks seemed to be a great experience for the four-time Pro Bowler. The soaking-watery end zone was so wet that he even jumped in as though it were a slide at an amusement arcade.

Since most of the starters won't play, it will be the most action Kelce will see during the matchup.

The Jets, particularly the special-teamers were not as enthusiastic about the rain as the other teams.