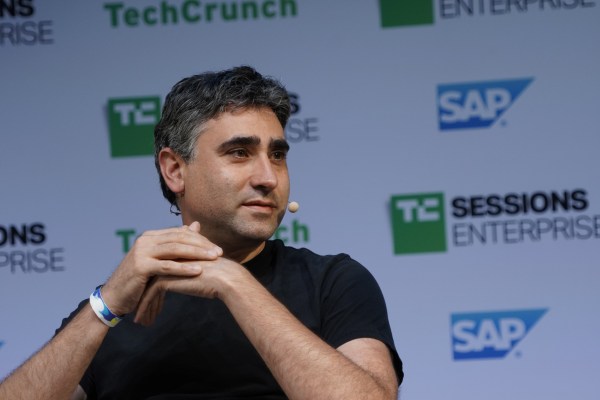 Andreessen Horowitz has begun to announce new funds almost as frequently as startups have started to announce follow-on rounds. The firm announced a third biotech fund that will invest $750 million in February 2020. It also launched two new funds totaling $4.5Billion last November. Andreessen Horowitz is now launching a $400M fund that will be exclusively focused on supporting seed-stage companies.
It is an interesting development in the larger historical context of the company. Andreessen Horowitz, who was a founder of the firm, opted to not make seed stage deals in order to avoid conflicts of interest. However, the firm did not have a conflict policy for nascent deals. Marc Andreessen, who explained this in 2013, said that there is too much uncertainty during the early stages of company formation. Although founders were told to do so, they did not always pay attention and similar bets made them feel bad.

However, things did change over time. Competition is always fierce and the firm soon began writing checks to young startups. Today, seed-stage investments are back in the program. In fact, about half of all firms' investments since 2020 have been in seed companies. According to a16z, Martin Casado, General Partner, said yesterday that the new fund is about optimizing the firm's processes around seed deals and making sure investors are properly compensated for taking on the risk. This is a short excerpt of the conversation.

TC: This seed fund does not change your investment strategy. It is more about creating a formal structure around these deals. Andreessen Horowitz won't necessarily have more seed-stage deals.

MC: It's amazing to see how the industry has accelerated in the past three years. The industry has increased its seed fund investments by more than twice, and we have kept up with the industry. In response to this industry, seed investments by Andreessen Horowitz rose dramatically over the past three years. The fact that we have a separate fund for seed doesn't mean we will pick up the pace.

TC: What might the formalization of this new fund mean for your relationships with other seed stage companies?

MC: We have a close relationship with seed funds, and we intend to do so. The seed stage environment is becoming more competitive. If you look at seed stage startups that I have been involved in, you will see term sheets from growth funds, hedge funds, angel investors, and even angel investors. Everyone is involved at the seed stage. This is more of an industry evolution than a major shift.

TC: Who will make these seed investments at A16z? Does the fund have a primary manager?

MC: No seed investors are available to invest this new capital. It doesn't matter if we do Series A or Series B deals. The same group of investors will be involved.

TC: Andreessen Horowitz used scouts previously. Are you sure that this is true? If so, how much of your seed-stage deals are sourced from them?

MC: We use scouts but they are responsible only for 0 percent of our seed-stage deals. They can use small amounts of money to purchase deals they choose, but these are not seed deals to us. We consider seed investments to be between $1 million and $4 million, where an investor gives us real ownership and participation.

TC: These scouts are actually founders and operators that Andreessen Horowitz is looking for in its ecosystem.

MC: Scouts serve two purposes. We can build relationships with key people and influencers. We also have access to deal flow that allows us to see the current activity and draft off our judgment.

MC: We usually take no board seats and let's say it is $6 million.

TC: You look to own how many with the first check?

MC: Target ownership is not something we have. It all depends upon the market dynamics. We tend to react to the market.

TC: You mentioned that seed-stage investing has become very competitive. Are you more comfortable working with investors or a group?

MC: I enjoy working with other seed funds. There are no internal rules or biases. Independent GPs can have their own opinions on this. It's a great way to share deals or split deals with great seed funds that I love. This allows me to enjoy the opportunity to work with other GPs.

TC: You want to know what? Is it too early to invest in a firm?

M: We believe we understand the market if we are very familiar with the space. Before their company was even created, we invested in solo founders.

We don't understand the market well so we would like to see some maturity. Maybe some customer traction or product work. Perhaps an early demo. That way we will have a better understanding of the market. The maturity of the company in which we invest is directly correlated to our knowledge.

TC: How does the decision-making process work? It will be different if you write a check worth $6 million than a check worth many times that amount.

MC: Yes, but the amount of work and scrutiny we do for seed is less than for Series A. There are fewer people involved. The firms' [time] commitment to the firm is also less because they are not taking a seat on the board. It just tends be lighter-weight. Usually, at least two GPs look, but if you're doing an A or higher, you want everybody to be involved. Then, for larger checks, everyone in the fund is involved.

TC: Which firms have made the most of their seed investments?