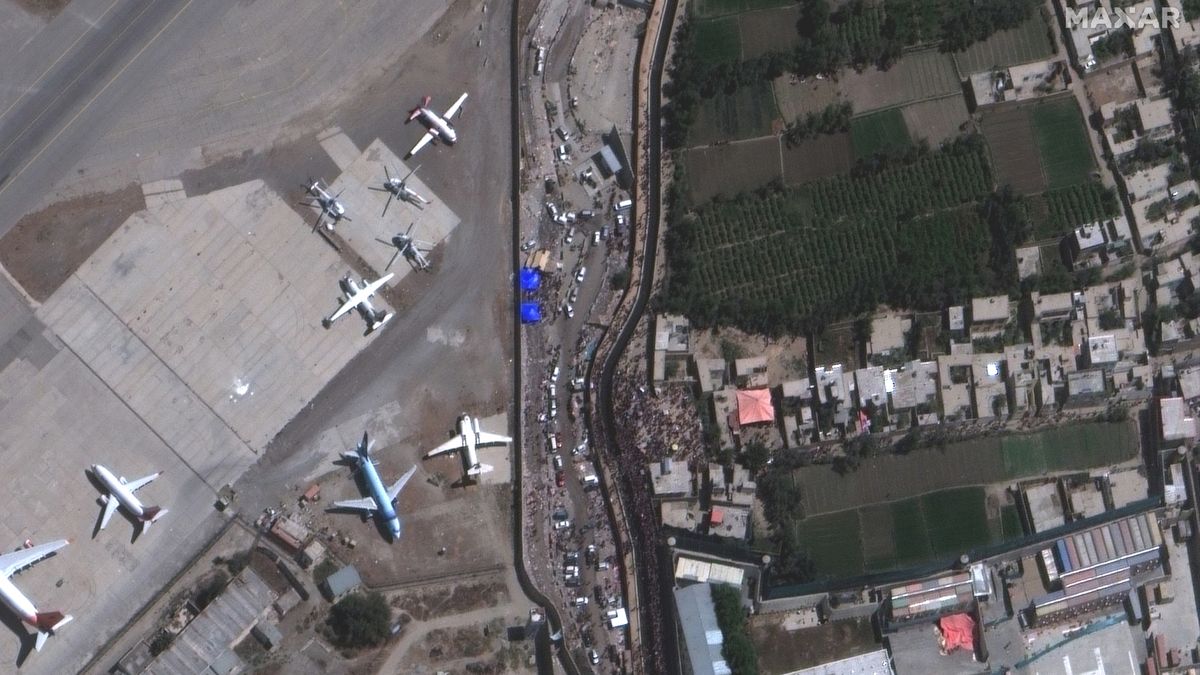 Maxar Technologies has taken several photos over several days showing hundreds of people clogging the gates of Hamid Karzai International airport. The Taliban, a fundamentalist militia, took control of Kabul and other important Afghan cities earlier this month. People were seen clinging onto planes during evacuations by the United States and other nations.

On Thursday, at least two explosions were reported at the airport's Abbey Gate. A second explosion was at the Baron Hotel nearby. CNN reported that the Abbey Gate explosion occurred at 9:40 AM EDT (1340 GMT, 5:40 PM in Kabul). Pentagon officials confirmed that there was a second attack on or near the Baron Hotel. Officials from the United States are still trying to determine the cause of the explosions. However, they seem to be suicide bombings according to CNN.

Similar: Satellite photos show a surge in crowds at the airport of Afghanistan

The Pentagon confirmed that at least two people died in the explosions. The New York Times reported this news around 1 p.m. ET (1700 GMT). However, the investigation is still in the early stages so casualty numbers could change quickly.

The United States has been speeding up evacuations of Afghan people ahead of the Aug. 31 deadline. According to a NBC News report, U.S. President Joe Biden stated Wednesday that the U.S. would not meet the deadline if the Taliban continued to allow access to Kabul's airport.

According to media reports, Biden has yet to make a statement about Thursday's events. However, the president continues receiving regular briefings and has cancelled many of his scheduled events for that day.

Biden and Pentagon warned that ISIS, a militant organization known for clashing against the Taliban, could pose a threat to Kabul’s airport. CNN is also monitoring reports about threats from ISIS-K.

Just weeks before the 20th anniversary the terrorist attacks on the United States, the Afghan situation was unfolding. Many believe that the Sept. 11 terrorist attacks in 2001 were the main reason for the American military offensive against Afghanistan in the 2000s.