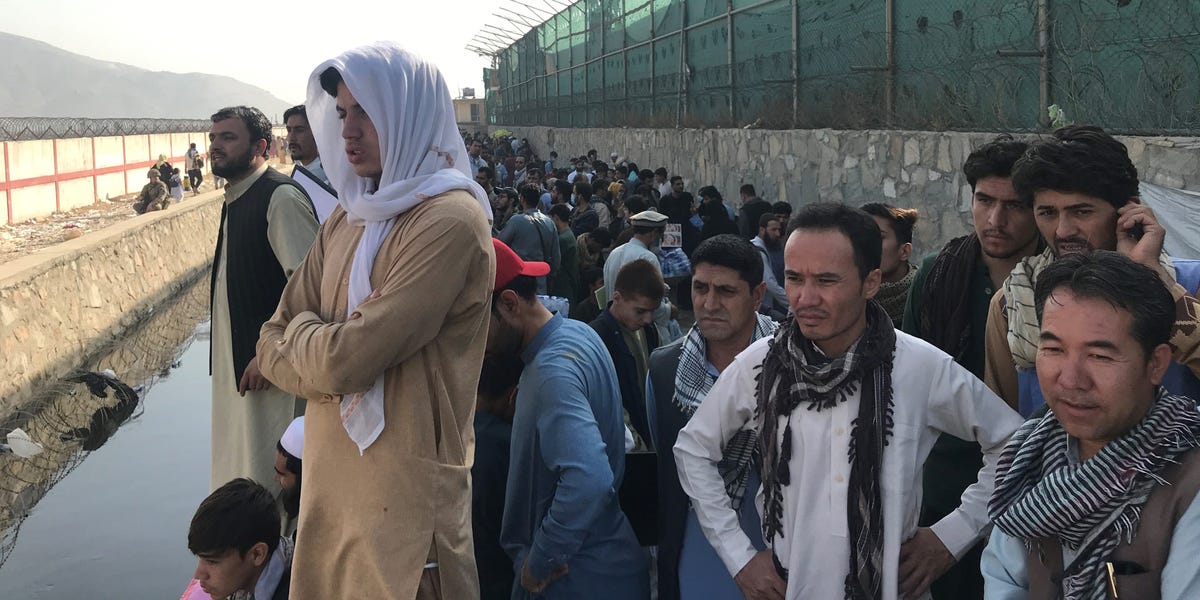 American Embassy in Kabul advised Americans to avoid Kabul airport due to security threats.
According to the embassy, anyone who is at any of three airport gates should "leave immediately."

CNN and NYT reported that an official stated that the alert was caused by a "specific" threat by ISIS-K.

The US Embassy in Kabul warned Americans about unnamed security threats at Kabul's airport in Afghanistan. They advised citizens to avoid the airport and avoid certain airport gates "unless you are given specific instructions by a US government representative."

Security alert stated that citizens who are at the Abbey Gate, East Gate or North Gate should leave immediately, but provided no further details.

US officials warned previously of the possibility that an Islamic State attack would occur at Hamid Karzai International Airport. There, thousands of Americans and Afghan allies await to be evacuated.

According to The New York Times, a senior US official said that the security alert was caused by a "specific" threat from ISIS-K, an Islamic State affiliate in Afghanistan.

CNN reported that the security alert was triggered by "a very specific threat stream from ISIS-K".

US Maj. General Hank Taylor stated that 10,000 Afghans are waiting at Kabul's airport to evacuate.

On Tuesday, President Joe Biden stated that the US would adhere to the August 31 deadline for the completion of the Afghan and American evacuations.
crediblespecifictellskabulembassyimmediatelythreatreportgatesairportamericansofficialgatesecurityleavealertisisk
2.2k Like