What MLB players would change about their sport 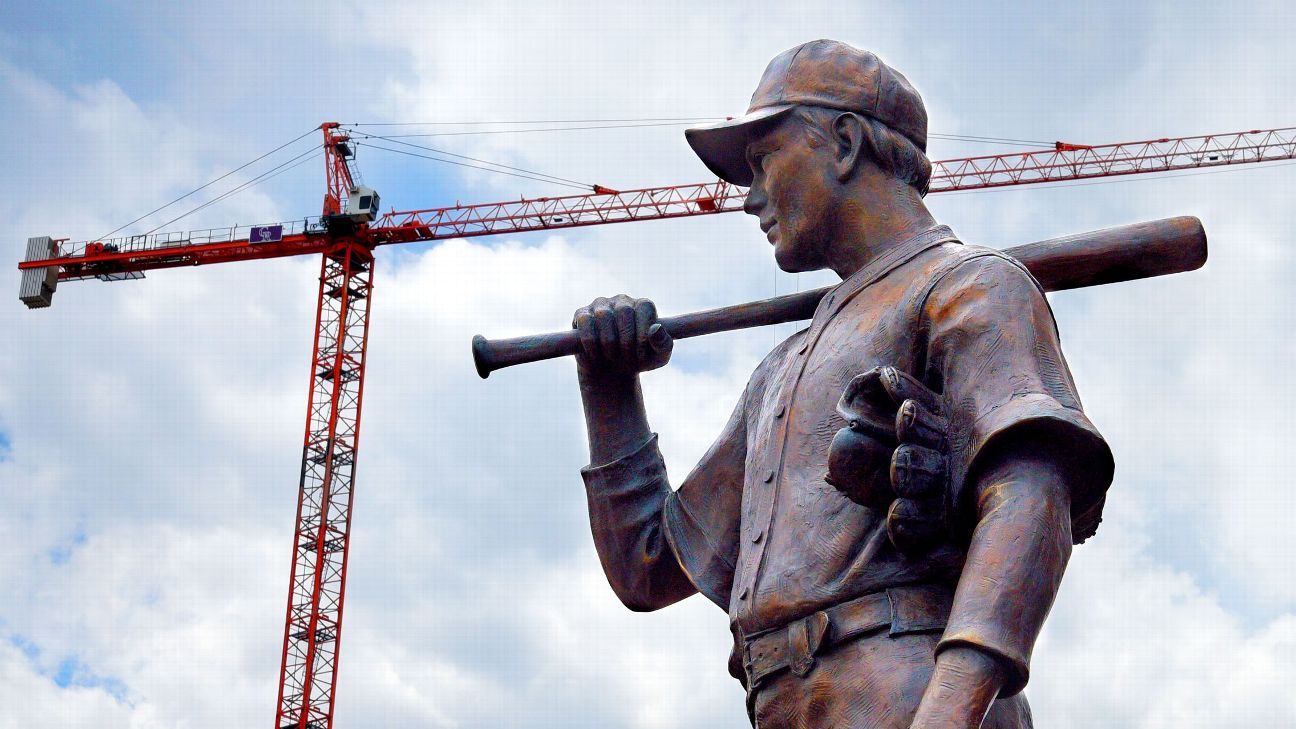 Editor's Note: Baseball is at an important crossroads. There are rising strikeout numbers and unwritten-rules disputes, as well as the need to connect with new generations of fans and fight for workers. We are taking a season-long look into The State of Baseball to examine the issues and storylines that will shape the future of the game in 2021.
There are many opinions on Major League Baseball issues.

The league conducts annual surveys to find out what fans think about the game and how they would change it. Social media is a staple for discussing rule changes, special events such as the Field of Dreams, uniform experiments, and how to appeal more to younger fans. ESPN has its own ideas.

What do the players think?

To get the opinions of 20 major leaguers, we polled them. Some of them also agreed to be commissioner for a day. The results were both realist and slightly exaggerated.

Here are their words.

Are the length or pace of baseball games a problem?

Most players say that they don't care about either issue because they are so invested in the game. However, the poll shows that there are other opinions.

As Joe Maddon, Los Angeles Angels manager, once stated, even those in the dugout will admit that a long game can become tedious when they are at home, rather than participating.

This season's average game length is 3:09. That's nine minutes more than it was three years ago.

Zack Wheeler, Philadelphia Phillies pitcher said that sometimes the games can be long and drawn out. It's okay to play a three-hour game, but it can sometimes go over. It's also the strike zone. It's necessary to bring a shoebox. You can also see younger guys nitpicking in the strike zone.

Cedric Mullins (Baltimore Orioles outfielder): "When watching any sport, there's a three-hour window [I plan ahead of time]. To me, pace of play is not a major concern."

J.T. Realmuto, Philadelphia Phillies Catcher: "We feel that. The games used to last three hours. For a nine-inning game, it takes three hours to four hours. It's not healthy for us. It is not good for fans or anyone. Both sides would benefit if they could work it out, as long as the game doesn't get too complicated. It's just crazy to see a 3-2 game take three and a quarter minutes.

An anonymous National League pitcher said: "Everyone wants pitchers to be blamed, but look at hitters. They spend more time in the box than the pitchers. It's easy to see a problem in pace if we don't have it."

Do you think the shift should be controlled?

Although many players were not on the same page about the shift, they were asked to give their opinions. As you might expect, the responses were divided along party lines. Pitchers were more in favor of regulation while hitters were less supportive.

The most fascinating part was the split between two catchers, who clearly have an interest in scoring runs and preventing them from getting.

Realmuto: "I would get rid. It's impossible to have three players on one side and one player playing right field. It would be a great help to the hitters to get back into hitting line drives and hard ground ball and put the ball in play.

Seby Zavala (Chicago White Sox catcher): "Keep it. This would take away the creativity of the team as well as the manager. Everyone will play the same if we remove the shift. You can have one shift or another, but that is part of the game's strategy.

Is analytics being used correctly in the game?

Players who voted "yes" to this question were not as assertive in their responses as those who voted "no". Communication is an important part of the dialogue. The players want to be able to understand the situation in a way that is helpful, not confusing.

The majority of answers were positive, followed by a "but".

Francisco Lindor, New York Mets shortstop. "Analytics are taking over the game too often." Analytics are great, but they don’t have to be the game’s king. It is not right. Let the players have fun with the game.

Trevor Rogers, Miami Marlins pitcher, said: "Analytics can play a large part, but it could take away the natural, athletic aspect of the game. It's a simple game. It would be great to find a happy medium."

Justin Turner, Los Angeles Dodgers' third baseman: "There is definitely a place for analytics in this game. This information needs to be made useful for baseball by being translated. It's not worth throwing a bunch of numbers at guys.

Wheeler: "There is a place for it but it can sometimes overtake the thinking part of a game. It's a skill that coaches and players have developed over time.

Is the game in need of fixing?

Players were reluctant to admit that they have problems with a sport that has provided so much for them. It needs to be improved, but not necessarily broken, as some of those who have been harshest critics of baseball over the years suggested.

Many people who have problems find themselves off the field more than they do on it.

Jesse Winker (Cincinnati Reds outfielder): "I feel like [we're] always trying to fix that game [on the field], but if it's not broken, don't fix." It's a beautiful game. Because of its simplicity, I grew to love the game."

Andrew Miller, St. Louis Cardinals pitcher The markets will be fixed if there is more competition from all 30 teams. The free-agent market is sure to be more beneficial for players if everyone wants to win.

What would you do if you were a commissioner for one day?

Rogers: Rogers likes the runner at second base for extra innings. That would be my preference. It saves bullpen guys and prevents them from falling. There is also a lot of excitement at the back end.

Play 'Banana Ball'! The rules of baseball are being changed by Savannah Bananas. Alden Gonzalez

Nick Castellanos (Cincinnati Reds outfielder): "We have consequences losing and underperforming. I wish every player in baseball had the same. To keep the integrity of baseball at its best. If there are no consequences for failing, the intensity, commitment and purity of the game can be diluted.

Turner: "I would like to play in both DH leagues." It's good for our pitchers and their health. It would also be a benefit to me as an older player.

Zavala: "I'd make it a show every evening like they do in Dominican. Music going. All are welcome. Every game should be treated as a party, just like the one down there. Have fun and forget about their problems while you're here.

The end of tanking? How to make every MLB team try to win every year