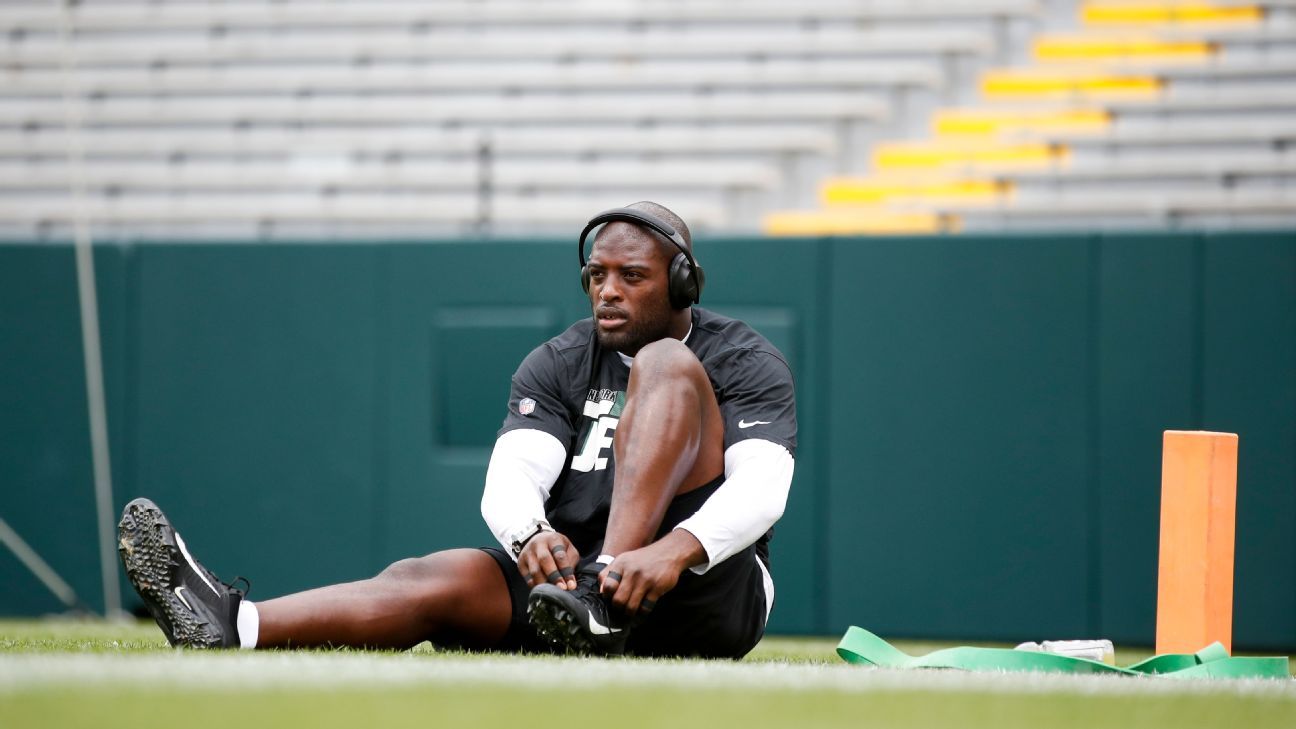 FLORHAM PARK (N.J.) -- New York Jets linebacker Jarrad Davis is expected to miss approximately two months due to a left ankle injury. This will be another blow to their struggling defense.
Robert Saleh spoke to reporters Monday and wouldn't give any details about Davis' injury other than to say that it isn't a high ankle strain. Saleh stated that they expect to have Davis back "around the bye Week," which is Week 6 for Jets.

It seems likely that Davis will be called up to the injured reserve. After the Aug. 31 cutdown, Davis will still be on the initial 53-man roster. He can return to work after three weeks.

In Saturday's 23-14 victory over the Green Bay Packers at Lambeau Field, Davis was taken to the locker room. In a practice session with the Packers two days prior, Carl Lawson, a defensive end, sustained an Achilles injury that ended his season.

Lawson and Davis were the Jets' most significant offseason acquisitions in defense. Lawson signed a $45 million three-year contract. Davis, a former Detroit Lions first-round pick, was signed for $5.5million on a one year deal.

Saleh spoke out about Davis and Lawson, saying that they are not as hard on him as it is on them. We'll find a way. We'll continue moving if someone steps up."

Linebacker is in dire straits. C.J., a middle linebacker, is the only player who has been proven to be able to play. Mosley has only played two games in the last two seasons because of injuries and an opt out for COVID-19 reasons.

Fifth-round draft pick Jamien Sherwood will take Davis' place on the strong side of their 4-3 front. Noah Dawkins (15 career goals), or Hamsah Nasirildeen (6th round) will start on the weakside. He had been receiving first-team reps during training camp.

The concern is compounded by the fact that Sherwood, and Nasirildeen, are both new to the position of linebacker. They were both safety players at Auburn and Florida State. They were drafted by the Jets with the intention of making them linebackers due to their speed and coverage abilities.

Saleh made loose comparisons to Fred Warner, the All-Pro middle linebacker for San Francisco 49ers, when he was a coach from 2018 to 2020. Saleh was referring to Sherwood's size and position-switch perspective.

Saleh stated, "I want it to be right." "I don't want to compare him to Fred yet -- there's a long way ahead -- but Fred was a nickel player in college, and was 220 to 225 his rookie season. He took off when we threw him in at Mike, the linebacker.

Saleh described Sherwood as an "unbelievable communicator" who possesses excellent intelligence and instincts. Blake Cashman, a veteran backup who is often injured, is also available to the Jets.

ESPN's Adam Schefter reported that the Jets are negotiating free-agent linebackers, and they are looking into possible trades for a pass rusher to replace Lawson. Saleh said that he is focused on the roster and did not answer a question regarding a possible trade.

He said, "There will always be personnel discussions."