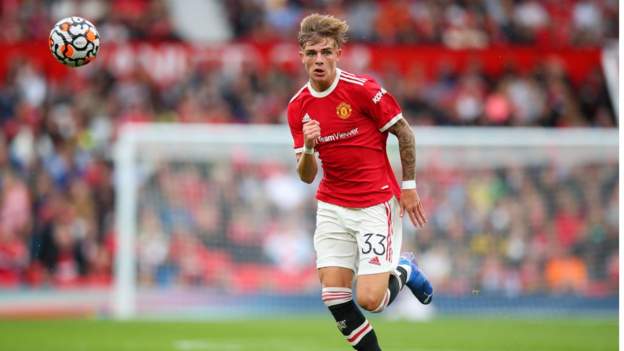 Brandon Williams, Manchester United's defender, has been signed by Norwich City on a loan deal until the end.

Williams, 20 years old, is Daniel Farke's ninth summer signing after his return to the Premier League.

After playing in just four league games last year, the full-back has left Old Trafford to search for first-team football.

Williams stated to the club's official site external-link: "It is a huge club and I like how they play."

Williams made 21 Premier League appearances, scoring one goal since his United debut in 2019.

The England Under-21 international said: "It feels quite different. This is the first time I have ever played for another club, but it's exciting to get started, meet everyone, and start my season.

"Everyone was so friendly. "I've enjoyed my stay here so far and can't wait for the next one. It's going to be a great year, I have a feeling.

"I have watched them over the years, and I've seen their play. The club loves to play from the back and play football. This is what inspired me to join the club, and I believe that the head coach can really help me as a player."
reallycitywilliamsivepremiernorwichbrandonclubmanchesterunitedsignplayedloanplaymeetfullbackleague
2.2k Like