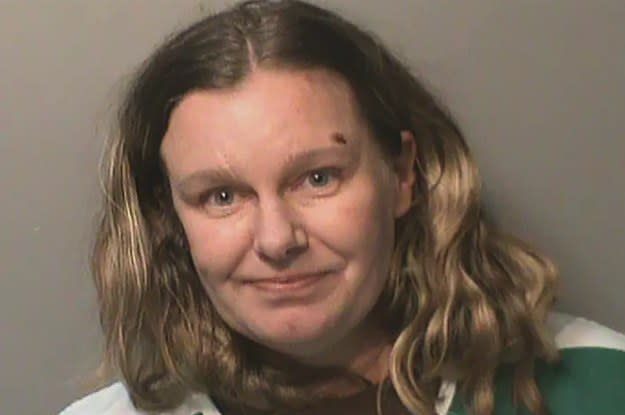 A woman from Iowa was sentenced to 304 month imprisonment for federal hate crime charges. She attempted to murder two children due to their nationality, according to the Department of Justice in a Friday press release.
Nicole Poole Franklin is in her 40s and pleaded guilty in April to two hate crime charges. One for each victim. In May, she was sentenced to 25-years in Iowa State Prison for attempted murder.

Poole Franklin's first victim was a 12-year-old Black boy. She was walking along a sidewalk at the time when she drove her Jeep Grand Cherokee off the curb. Poole Franklin struck the boy, causing him "cuts and bruising" and swelling. According to a press release, Poole Franklin told the court she attacked the child because she believed that he was "of Middle Eastern and African descent." Following the attack, she fled the scene.

Poole Franklin, who was driving past a high school, saw her second victim, a 14-year-old girl walking along the sidewalk. According to Poole Franklin's statement to investigators she believed the girl to be a Mexican. She drove her car into her child and fled the scene. The girl sustained serious injuries, including a concussion.

Poole Franklin was later arrested after she tried to steal items from a station. She also used racial slurs and threats against witnesses and employees who tried to stop her leaving the station without paying for the items.

Police stated that Poole Franklin had admitted to using methamphetamine that day.

"Nicole Poole Franklin tried to kill two children due to the way they looked and their origins," Assistant Attorney General Kristen Clarke from the DOJ's Civil Rights Division stated in a statement that was released alongside the sentencing press conference. "Children should be able to walk in their neighborhoods without fear of violence due to what they look like and from where they came from. They deserve to live in a world that doesn't target them simply because they are who they are."

Mom blasts plea deal in court for cop who killed her son: 'What if it was your motherf---ing child?'