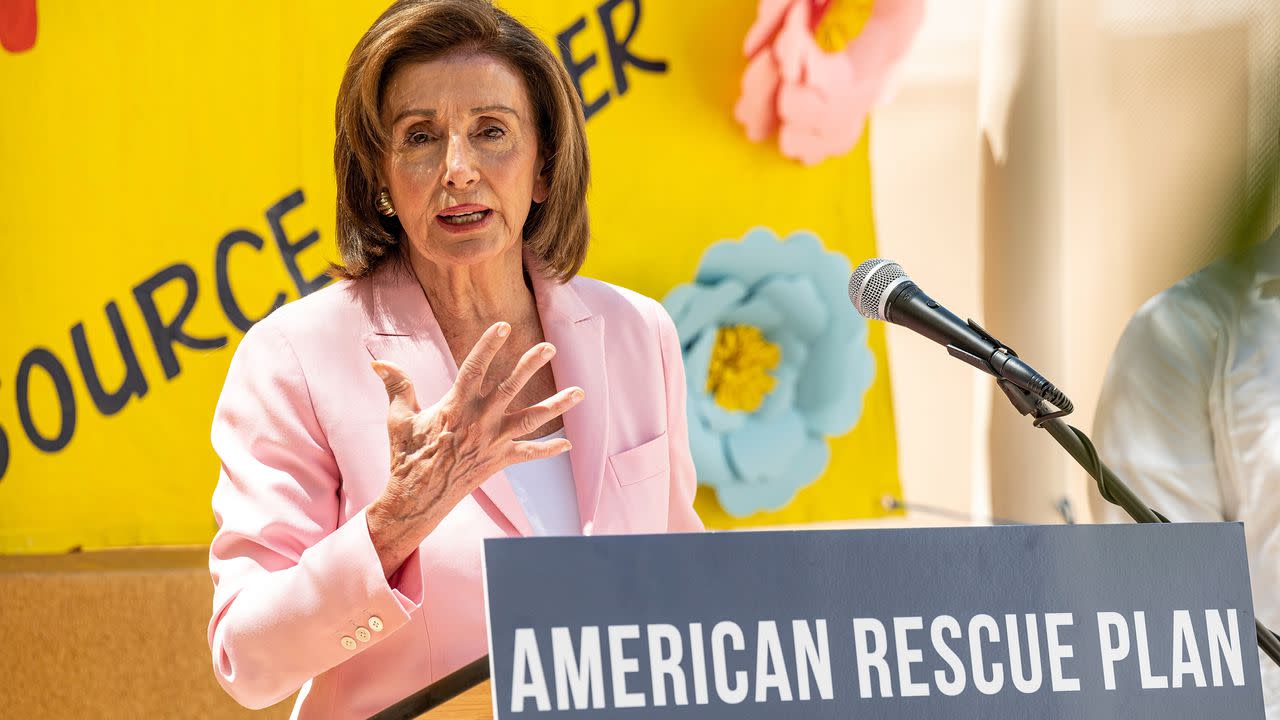 Nancy Pelosi, House Speaker, is looking down on nine centrist lawmakers who are demanding an immediate vote for the bipartisan infrastructure package. This threatens to derail President Biden's Build Back Better agenda.
Driving the news: The White House and congressional leaders tried to persuade the nine to stop voting against the $3.5 trillion budget reconciliation bill. But the lawmakers have not relented.

Axios Markets delivers market news that is worth your time. Register now for a free subscription

The position of the nine members is that we won't vote for the budget resolution until the BIF is completed, Rep. Carolyn Bourdeaux (D.Ga.), told Axios. She was referring to bipartisan infrastructure legislation.

She said that you should only eat one bite of an apple when you are eating it. "We must take one bite at a time, chew and then digest the food before moving on to the next.

The White House and congressional representatives are optimistic that they will eventually force the nine to withdraw from this week's procedural vote. However, some of the nine have substantive goals to spend an additional $3.5 trillion.

The big picture: Nine lawmakers want the House vote on the $1.2 trillion bipartisan bill. It includes $550 billion of new spending on roads and bridges, broadband, and broadband.

The House returns to work on Monday after a seven-week hiatus. In a Dear Colleague letter on Saturday, Pelosi reiterated the dual-track approach and indicated that she would not blink.

She wrote that the House is working hard to pass the Build Back Better plan as well as the bipartisan infrastructure bill by October 1st. This would be when the BIF would take effect."

Explore deeper: Former chairman of the Council of Economic Advisers, Austan Goolsbee is leading a group of prominent economists who are working to boost momentum for Biden’s plans. They claim that the new spending will not increase inflation.

A bipartisan infrastructure agreement and the Build Back better agenda could help ease inflationary pressures, Axios learned. More than 70 economists have written to congressional leaders.

Between the lines: Two ad campaigns are being run by outside groups, which target the nine legislators.

Climate Power and the League of Conservation Voters (LCV), are asking constituents in their respective districts to urge lawmakers to seize this once-in-a generation opportunity to combat climate change and create jobs in clean energy.

To support and encourage them, the nonpartisan group No Labels has a six-figure ad purchase on national cable.

Bottom line: While there are many legislative hurdles to overcome, Biden and Senate Majority Leader Chuck Schumer both have a common strategy and plan to work closely together.

You liked this article? Subscribe to Axios Markets to get more information and receive a free copy of this article.
votespendingcentristsbudgetbipartisanpressinghousepelosipasscongressionalaxiosinfrastructurelawmakersstaresbuild
2.2k Like