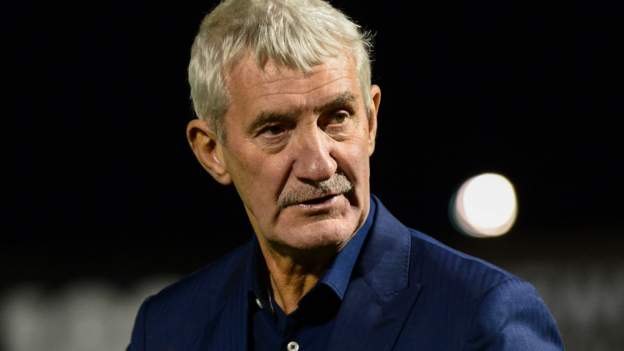 Terry McDermott, a former Liverpool and England midfielder, has been diagnosed as having dementia.

McDermott also played for Newcastle twice and says that he is now in the early stages Lewy body dementia.

"I have to move on and I will. It's how I was raised," he said to the Liverpool club website external link.

"Nothing has come easily to me. I don't fear taking it on, and as we've seen there are many former players in worse situations than me,

"Battling has become second nature. It was the worst part, you don't even know what your condition is until it was diagnosed. It is alarming to see how many ex-players are being diagnosed with Alzheimer's or dementia.

This news comes days after Denis Law, the Manchester United and Scotland legend, revealed that he has been diagnosed with dementia.

Sir Bobby Charlton, his former United teammate was diagnosed with the disease last year. He is the fifth member of England’s 1966 World Cup-winning team to be diagnosed.

In 2019, a study found that professional footballers are three-and-a-half times more likely than those in the general population to develop dementia.

McDermott, who was awarded 25 England caps, is widely considered to be Liverpool's greatest ever player in midfield. He won four league titles, three European Cups and two League Cups with Liverpool.

After signing from Newcastle, he returned to Liverpool eight years later and made more than 120 appearances with the Magpies.