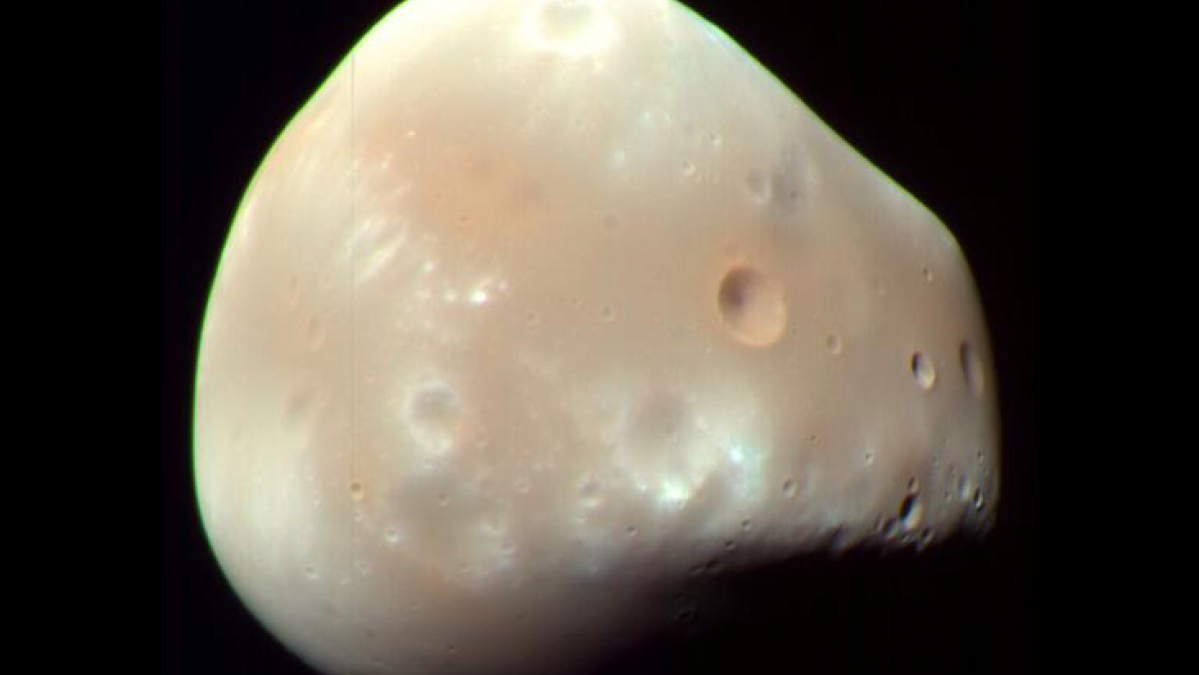 NASA's Perseverance Rover spotted a strangely-shaped moon of Mars while looking up at the martian sky.
Deimos is a relatively small moon at 7.5 miles across. It appears bright in Mars' evening sky as shown in the timelapse video. NASA noticed the moon's lumpiness while searching for Martian clouds overhead. Deimos, one of the Martian moons is about 30 hours long to orbit Mars.

Primarily, the mission of the rover is to search for signs of primitive life if any exist and to collect small rocks samples for a future mission back to Earth.

The rover is drilling into rocks in the Jezero Crater. This is a challenging location because NASA scientists believe this area was once flooded and home to an ancient river Delta. We know that microbial life thrives at watery locations on Earth.

Perseverance doesn't just collect rocks and images on Mars, it also records unprecedented Martian sounds. Perseverance can be heard rumbling on the rocks and its laser zapping rocks. The microphones also captured the strange Martian wind.
weirdperseverancenasassmallrocksspotsnasawatchesmartianmarsroversmoonroverspottedsky
2.2k Like