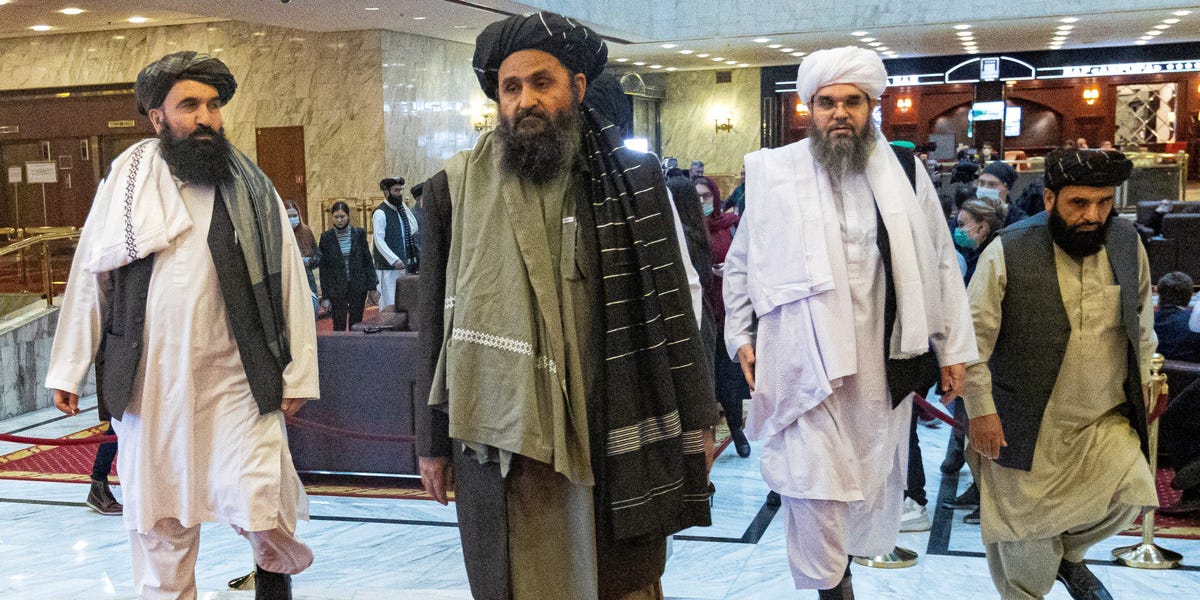 Abdul Ghani Baradar arrived Saturday in Kabul to begin talks for forming a government.
Baradar, a top Taliban leader, returned to Afghanistan this week for the first time since more than a decade.

According to the NYT, former President Hamid Karzai also plays a part in the negotiations.

According to The New York Times, Mullah Abdul Ghani, a Taliban leader, arrived Saturday in Kabul to begin talks with Hamid Karzai, former President, and other politicians in order to form a government. This was almost a week after the insurgents took control of Kabul's capital.

Baradar, who has returned to Afghanistan in more than a decade for the first-ever time, will lead an effort to create a framework to govern the country over the next few weeks.

According to Ahmadullah Waseq (deputy of the Taliban's cultural affairs commission), Taliban officials are mostly engaging in conversations between themselves, according to The Times.

He said that negotiations were ongoing right now. "We will then talk with other parties to create an inclusive government that is acceptable to all Afghans. We are working to announce a new government as soon as possible, although it is unclear when.

This week, Baradar began his return journey to Afghanistan from Qatar where he was able to broker the withdrawal US troops during peace talks in Doha last January.

Many people are closely watching him to see how the Taliban will govern the country now, as opposed to the systemic oppression under their previous reign.

Continue reading: The Americans who prosecuted the Taliban are now going down a "black hole" to aid their Afghan interpreters

The Taliban ruled Afghanistan between 1996 and 2001. It was a secretive regime that was governed by strict laws.

Baradar met militant commanders and other members of the ex-government under President Ashraf Khani during the talks in the capital.

A Taliban official said that the government talks would continue for several more weeks, and then different groups would address the country's financial and security issues.

The Taliban claimed that they were moderates when they took Kabul's control earlier this week and promised to build an inclusive, Islamic government.

The Taliban's first week in power was marked by intimidation, revenge and a lack of information. Reports indicate that Taliban fighters went door-to-door looking for those who had worked with the US, and even killed a relative of a Deutsche Welle journalist.

In Kabul, thousands of Afghans are fleeing the Taliban regime.

Sky News' chief correspondent Stuart Ramsay visited the airport Saturday to witness the horrifying scenes. He saw people being "crushed and killed" at the front line of a long queue.
countrygroupseeksafghanistancofounderformarriveskabulbaradarreturnedtalkstalibanweekpoliticspresident
2.2k Like