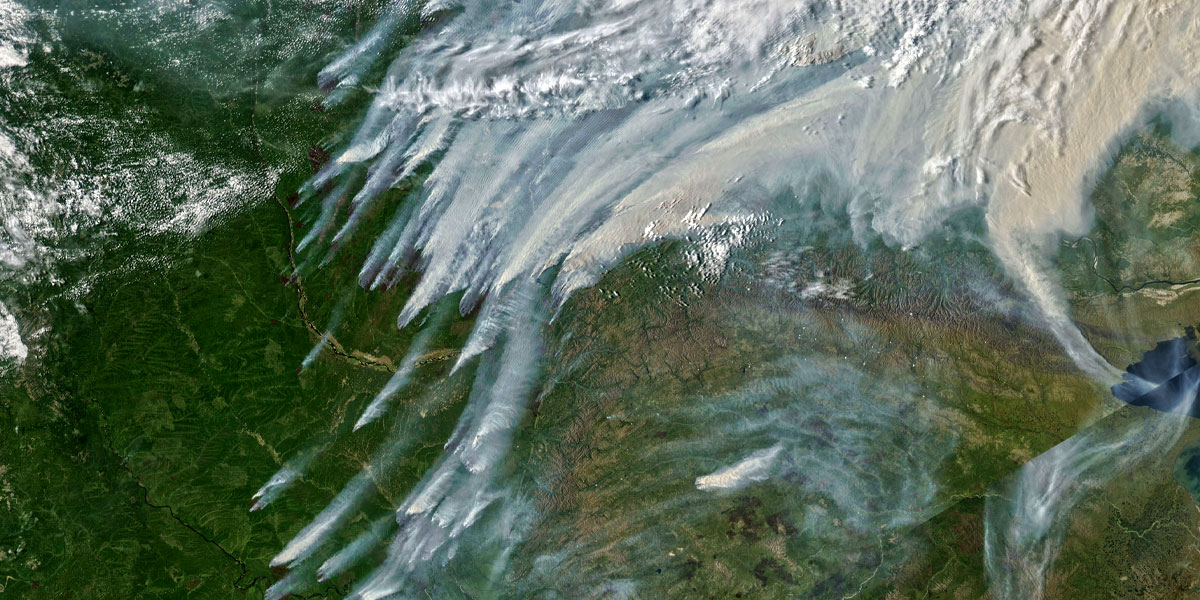 One region in Siberia produced as much CO2 in one year as Germany.
Record-breaking Smoke

The entire world is experiencing wildfires right now that are producing unimaginable amounts of greenhouse gasses. This is bad news for our planet's health and unquestionable evidence that climate change has left permanent, visible scars on the environment.

The wildfires of this year's season have already been extraordinary, and it is not over yet. The Copernicus Atmospheric Monitoring Service, (CAMS) estimates that wildfires in Siberia's Sakha Republic released nearly 800 million tonnes of CO2 each year. This is almost as much as Germany's annual emissions.

This is a worrying trend. According to CAMS, the region released just 450 million tonnes in 2020. That's almost half of what we will be releasing in 2021. Reminder: 2021 is not over.

According to Mark Parrington, CAMS' senior scientist, the increase in Sakha region's total fire emissions has almost doubled that of last year. This was also a record-setting annual total in our fire emission dataset going back to 2003.

The smoke is currently making its way across North America and reaching the Atlantic Ocean. It has already caused havoc in the boreal forests.

It is not uncommon for smoke to reach the Arctic Ocean's edge, but National Geographic reports that large smoke plumes are currently moving directly over the North Pole, surprising climate scientists.

National Geographic reports that all the burning vegetation causes permafrost (permanently frozen soil) to slowly disappear, which can lead to longer-term damage.

Experts believe that melting ice could have catastrophic knock-on effects on the world's climate systems over the next decades. It will take many years to determine how dire the situation is.

Siberian wildfires dwarf all others on Earth combined

Videos of Turkish Wildfires Are Like a Vision of Hell

The Arctic is on fire: Siberian heat wave alarms scientists

It's Official: Siberia's 10u00b0C Hotter Than Average, We Just Had Warmest May on Record