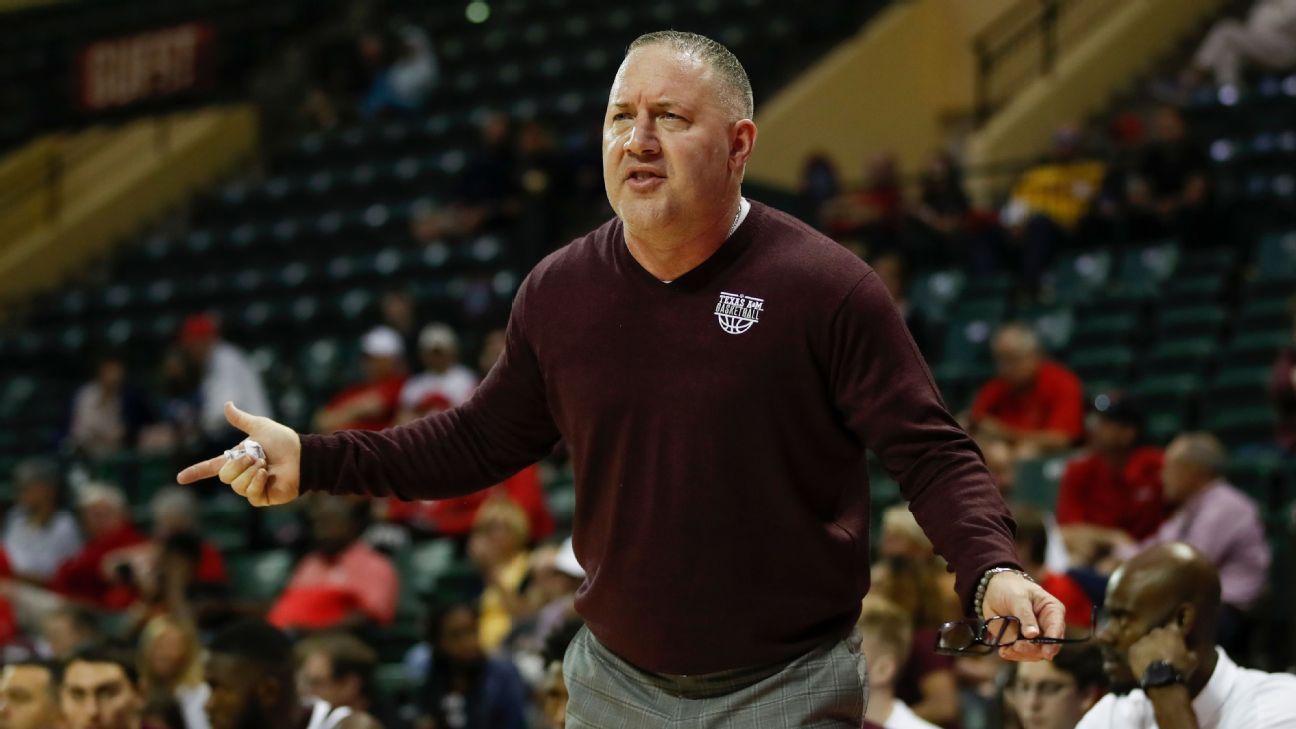 Buzz Williams, Texas A&M's coach, has been suspended for two games. The Division I Committee on Infractions announced that the Aggies were placed on probation for two years for self-reported NCAA violations.
According to the NCAA's report Williams had impermissible contact in July 2019 with a prospect. Additionally, an assistant coach observed the prospect and provided several tryouts during an informal visit. The assistant was also found to have participated in 24 off-campus, supervised workouts with the team members and a prospect. This was prohibited during the COVID-19 pandemic.

The school will lose five official visits to this year, in addition to Williams' suspension of two games. According to the report, Williams was suspended between June 2020 and the 2020-21 season. Williams also violated "head coach accountability" rules by allowing non-basketball staffers instruct and coach players at multiple workouts.

The report states that the agreement says the head coach committed a violation of head coach responsibility rules by failing to promote compliance due to his personal involvement in violations and the inability of his staff to monitor him for violations.

In Williams' second season with Texas A&M, Texas A&M was 8-10 last season. Due to COVID-19 issues, the team was unable to play February. The team returned in March but lost its final three games.

Through its "negotiated resolution process", the school was able to work with the NCAA, which means that it agreed with the NCAA's report. The penalties cannot be appealed.
headcoachreportviolationspenalizesncaawilliamsmensbasketballseasonbuzzviolatedassistantmultipletexas
2.2k Like