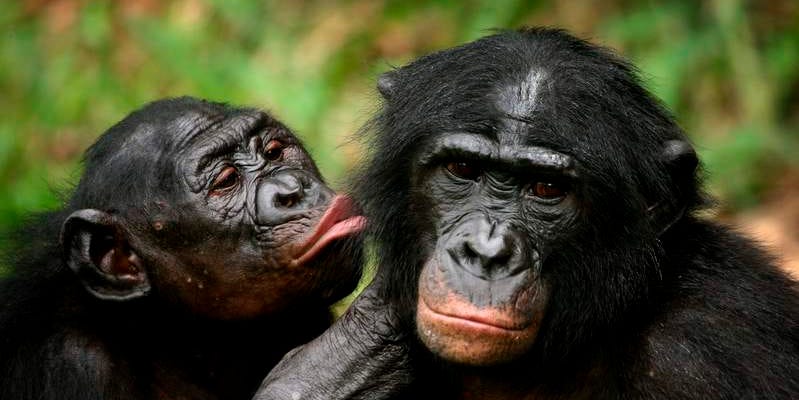 Apemanagement suggests that bosses look at apes for inspiration on how to approach leadership.
Different species of apes have different hierarchies. For example, gorillas have patriarchal leaders.

Many articles, books, and videos are available on leadership styles. They compare human behavior to different hierarchical structures in different societies. Patrick van Veen, a Dutch biologist, has a different approach. He looks at animal behavior.

His consulting company "Apemanagement" teaches managers how to learn from apes. The consultant analyzes the behavior patterns and hierarchies of different species of apes and compares them to those of humans.

This is not a way to encourage a particular style of management, but rather to help managers and companies reflect on their strategies and improve them.

Welt reports that Welt was able to conduct a leadership seminar at the Zoo with 60 top-ranking McKinsey managers. Welt said that a minor incident occurred.

Managers were given the chance to observe the behavior and interactions of Bonobo troops that weren't acquainted.

Van Veen was notified by McKinsey two weeks after his appointment that there would be offensive scenes.

He said that managers should be able to see bonobo behavior because they are able to resolve conflicts in an innovative and efficient way.

Gorillas, on the other hand, have a patriarch who is their leader. His leadership style is one that allows them to exercise unrestricted authority.

Welt said that this has a positive effect on trust and gorillas tend to take care of their lower-ranking colleagues. He said that this is also the most popular style of leadership among people.

Welt was told by van Veen that while apes are born politicians and more democratically organized then gorillas. Bonobos, on the other hand, have a very "flat hierarchy" without clear leadership. Orangutans, however, are lonely.