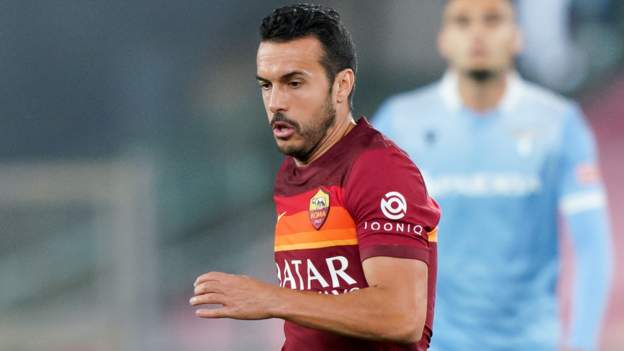 Pedro, a Spanish forward, has made one of the most controversial transfers in European football.

The 34-year old has signed for Lazio from archrivals Roma, becoming the first player to cross the Roman divide in 36 years.

Former Chelsea player signed a two year deal with the Blues and will be reunited with former Blues boss Maurizio Sarr.

Roma released Pedro from his contract. Jose Mourinho, his manager, deemed him surplus to requirements.

Pedro, who was a regular starter under Paulo Fonseca's predecessor in Serie A, made 40 appearances in all competitions and scored six goals and seven assists.

Lazio does not have to pay Pedro for the controversial move, and he signed on a free transfer.

Astutillo Maglio, goalkeeper in 1985, was the last to switch sides. Carlo Perrone, defender in 1981, was prior.

Aleksandar Kolarov and Sinisa Mihajlovic played for both clubs. Roberto Muzzi did not move between the two clubs.
archrivalsplayereuropeantwoyearromalaziosigningcontroversialupdatedtransferthemakesappearancesforwardpedrochelsea
2.2k Like