It�s now or never: Scientists warn time of reckoning has come for the planet 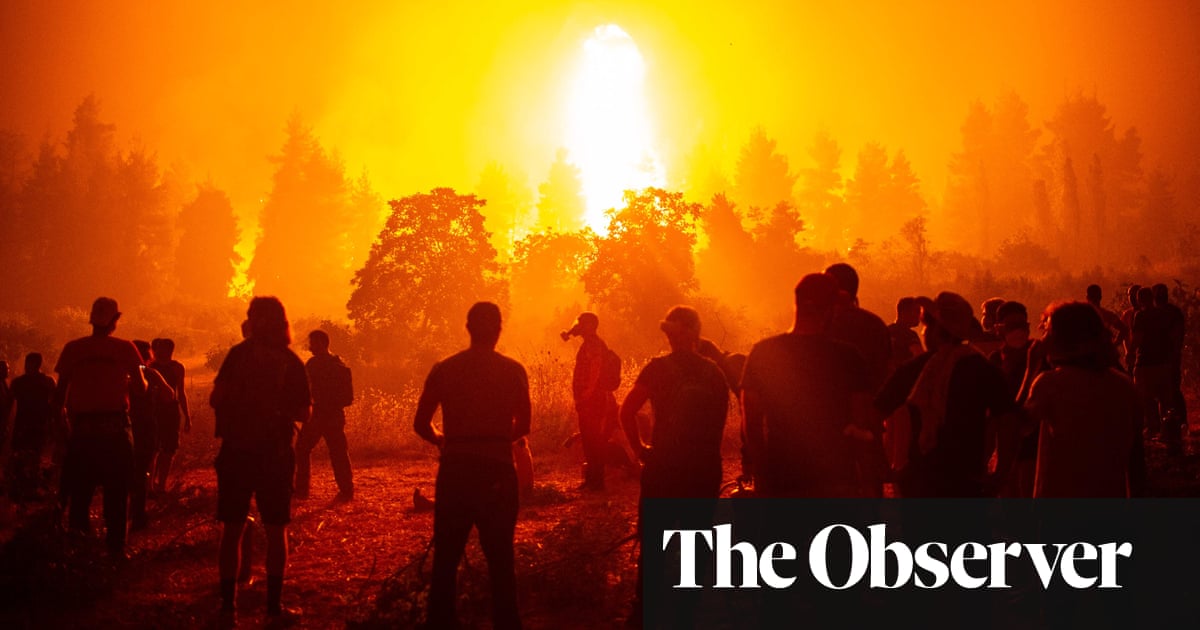 The camera pans across The Day the Earth Caught Fire's 60s sci-fi masterpiece as it focuses on the Daily Express case room and a wall-mounted front page proof. The headline, Earth Saved! The camera pans. The proof is posted beside Earth Doomed.
The head printer appears confused. What page will he be directed to choose? We will never know the outcome of the movie, which ends without showing the fate of the planet that has seen its rotation sent spiraling out of control by simultaneous US and Soviet atom bomb testing. Human stupidity is the only thing that can determine Earth's fate.

This vision might be popular entertainment, but it is uncomfortably close our uncertain future. The Intergovernmental Panel on Climate Change report (IPCC), which declared a code-red warning for our species, highlighted this week. It stated that there was unambiguous evidence that greenhouse gas emissions are causing us to a fiery, calamitous future. Only urgent reductions in fossil fuel emissions will save us.

Scientists, who are usually the most objective commentators on world events, endorsed this vision. Professor Tim Palmer of Oxford University said that the future climate could be a hellish place. Or, Prof Dave Reay (executive director of Edinburgh University's Climate Change Institute) put it, "This is not just another scientific document." This is high water and hell.

The numbers in the report are strikingly stark and emphatic, in contrast to past, much more cautious IPCC reports. It is clear that humans have pumped approximately 2,400bn tonnes carbon dioxide into the atmosphere from 1850 to create concentrations of the gas which have not been seen in Earth's last 2 million year.

Volunteer fighting forest fires in the vicinity of Pefki, on the Greek island Evia, uses a water hose that is empty. Photograph by Angelos Tzortzinis/AFP/Getty Images

Since the 1950s, heatwaves and heavy rains that can cause flooding have been more common in many parts of the globe. Climate change has now affected all regions on the planet. Many areas are experiencing drought, and more than 66% of the world's major hurricanes and Typhoons have increased since 1970. Professor Corinne Le Qur of University of East Anglia said that if there were still any proof that climate change is due to human activities, this report would provide it.

The consequences of mankind's huge act of atmospheric interference are obvious: What is hot today will heat up tomorrow; extreme flooding will increase, wildfires will be more dangerous, and droughts will become more severe. Things can only get worse.

If emissions continue at the current rate, they could be a threat to civilisation by the end the century. Although it may seem far away, there are still millions of children who were born in the 21st century and should continue to live well into the next century. Prof Jonathan Bamber from Bristol University was another author of the report.

Professor Andrew Watson from Edinburgh University says that they could be utterly disastrous if world-changing events like continent-wide forest death-backs and the collapse of Antarctic ice sheets occur. The IPCC report provides a complete update on climate change and makes for grim reading. It also points out that models do not include low-probability, high impact events like drastic changes in ocean circulation. These events are more likely as the climate changes. These unknowns are even more frightening.

As Keith Shine, a meteorologist at Reading University, pointed out, the new IPCC report is definitely a much different and uncompromising document than previous versions. In 1990, I was involved in the first IPCC assessment report. It wasn't clear then that climate change observed was caused by human activity. The IPCC now affirms that the evidence is unambiguous. This means that policymakers have no place to hide.

Prof Rowan Sutton's hope that climate change may not be as disastrous as he had hoped is now evident.

It is important to note that the report was not only approved by scientists, but also by representatives of government on the committee. These men and women have expressed their concern about the urgency of this situation. They see a direct link between greenhouse gas emission and floods, forest fires, and other extreme weather events. It is therefore crucial for governments to take action, stated Lord Deben, Chair of the UK's Climate Change Committee.

These governments made a commitment to limit temperature rises to well below 2C and to not exceed 1.5C from pre-industrial times at the 2015 Paris climate conference. The problem is that the world has warmed up to almost 1.1C. This means that only severe reductions in emissions can prevent much more serious and intense global warming. It will be difficult. The IPCC has only given a 50% chance that the most ambitious emission scenario will keep below 1.5C.

Although the prospects of limiting global warming below 2C are improving, it will still be difficult to achieve the same reductions as those pledged by countries in the lead up to Cop26 which is being held in Glasgow this November. Prof Rowan Sutton of Reading University's National Centre for Atmospheric Science stated that there is no hope that climate change will be as severe as we thought. It's happening right now, and it's happening fast. This crisis requires urgent action.

This will be no easy task. Last week, Nick Starkey, director of policy for the Royal Academy of Engineering, noted that this will not be an easy task. He stated that the UK is not on track for meeting its carbon targets. We will not achieve our 78% reduction goal by 2035 without deep energy efficiency measures.

A society-wide vision is what is required. This would include a national plan to implement all policies, from power generation to transport to home heating and farming to reduce emissions as fast as possible. Joeri Rogelj is the director of research at Imperial College London's Grantham Institute. Without policies, our targets will be empty promises.

It is a suggestion that Lord Deben supports. We need a new planning law in the UK that requires all local authorities to consider climate change when making planning decisions. They currently get no guidance on how to do this business.

It will be a long-term effort to maintain these efforts. The national newspapers were filled Tuesday with images of burning villages in Greece and headlines that seemed lurid. The Daily Express warned that PM should be on alert for climate crisis. While the Mail reported that the UN has issued a climate reality check, the Telegraph said that the UK could lead the world out of the apocalyptic climate crisis. These were bold announcements, given that many of these papers have made long-term efforts to denigrate climate science and question the reality about global warming in the past. It is yet to be determined how long each publication will remain committed to science.

Although the climate story was prominently featured on Tuesday, it was barely mentioned by Friday three days later. Prof Martin Siegert, Imperial College, London, said that although it was in the headlines, it was not discussed as much. This is what humanity must do over the next 30 years. It will change our lives and the way we view ourselves and the planet. We will create huge problems for our kids if we don't. We seemed to have forgotten about it after just three days, despite the fact that this is something that requires decades of persistent, consistent work.

Siegert stated that the country needs to invest a minimum of 1% of its GDP to transition to net zero status. We currently spend 0.01%, which is only 100th of the estimated cost. This is far below the amount the government spends on things that will increase our emissions such as airport expansion plans or the tens billions it has pledged to new road schemes. These will make it more difficult to drive and use fossil fuels.

These are all important issues that the UK must resolve over the next few months. However, the opening of Cop26 in Glasgow will be a more pressing event. The meeting will see delegates representing more than 190 countries meet to reach a deal that will decide how hot the world will be. In 2015, countries pledged to cut their emissions. Otherwise, global temperatures could soar to well above 2C. Similarly agreements will have to be reached on how to phase out coal power stations as quickly as possible, to protect carbon-dioxide-absorbing forests, and to agree aid for developing nations to help them survive the impacts of global warming.

It will be a good-run thing, and we won't know if the negotiators succeed before the end of the Glasgow conference. This will be the exact 60-year anniversary of the film The Day the Earth Caught Fire. This will allow us to determine if Earth Saved or Earth Doomed is the correct headline.
climate come prof global change reckoning earth emissions ipcc going warn scientists report university planet
2.2k Like