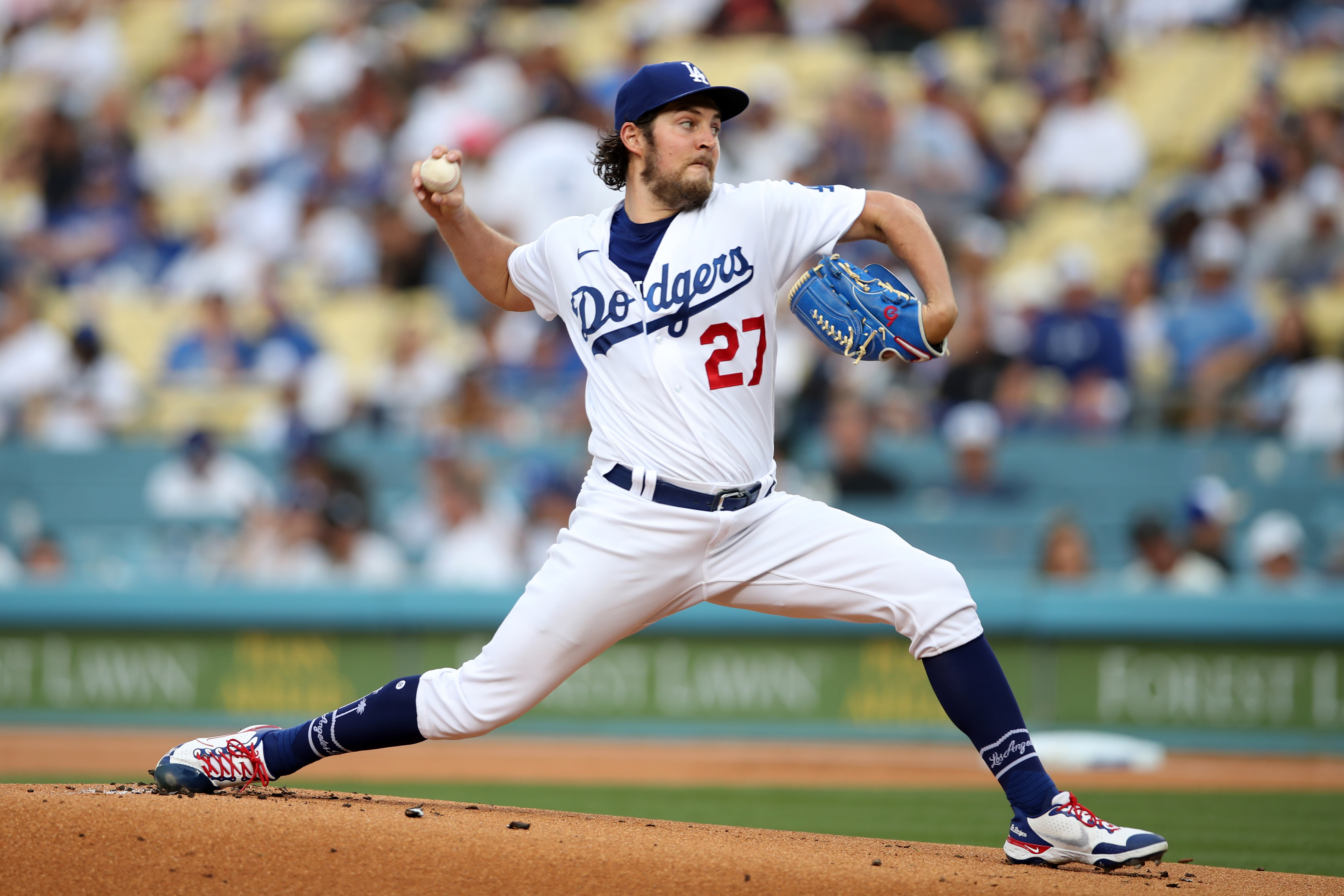 The Washington Post obtained documents that show that a woman from Ohio filed for a temporary protection order against Trevor Bauer, Los Angeles Dodgers pitcher, in June 2020 when he was playing for Cincinnati Reds.

The documents also included allegations that Bauer had sex with the woman on multiple occasions without her consent.

Both Bauer and his lawyers released statements Saturday. They called the allegations false and suggested that the order of protection was filed to extort Bauer.

Bauer claimed that the woman also "harassed" and physically assaulted him, and that the Washington Post report contained "false data and baseless accusations."

According to the pitcher's lawyers, Bauer and the woman had been in an ongoing relationship from 2016 until 2019, when Bauer pitched for Cleveland. The attorneys said that Bauer wanted to end their relationship after he was traded to the Reds in 2019. However, the woman continued to contact Bauer and demanded $3.4million to "remain silent" regarding her allegations.

According to the Washington Post, emails showed that Bauer's attorney was the first person to mention the possibility for a financial settlement in discussions regarding the allegations.

According to the lawyer who filed the protection order for the woman, she was angry that the men thought they could buy her off and so she gave an exaggerated amount.

The Washington Post received messages between Bauer and the woman. Photographs of the woman show injuries she claimed were caused by Bauer.

One photo showed blood at the corners of her eyes while another one shows bruises on her forehead. She claimed that Bauer had choked and punched her during sex without consent.

Bauer's lawyers questioned the authenticity of the photos of bruises, as they were presented to the Washington Post in 2018, long after the injury would have occurred.

Bauer summoned the woman to his apartment in 2017, and she allegedly tried to show them the picture of blood in her eyes. Bauer's lawyers claimed that the woman visited Bauer unannounced and was "belligerent, intoxicated, and physically attacked [Bauer].

According to the woman's lawyer, the visit was not unwanted because Bauer allowed her into the locked lobby. Bauer also said that she had spent "a substantial amount of time" in Bauer’s apartment before the police arrived.

The woman was arrested by police for underage drinking. The Washington Post reported that the woman, who was an adult at time of arrest, was not legally drinking.

The Washington Post also obtained Snapchat messages. One of them featured Bauer telling the woman:

"Like the only reason that I would ever consider seeing you again, is to choke and punch you in your face, kick you naked, and then f--- you. That's something I wouldn't do to anyone. "I can't even enjoy the thing that I once enjoyed with you."

One of Bauer's lawyers said that the woman's response to Bauer's message, "Kind Of Hot I Bother You That Much Aw", suggested that Bauer's message had not caused her any distress.

Bauer allegedly sent a text message to the woman in which he threatened to show the video of him having sex with her to her family. He wrote: "I would really hate for him see a video where you get f--ked."

Bauer said, when asked about the threat, "Haha, I'm just laughing with relax That's totally off-limits. But assuming it wasn't you, and that it was a completely other situation, I have to admit, that would have been funny."

Bauer stated in his statement that Washington Post reached out and spoke to several women from his past. Some of these women said good things about Bauer, while others said that they were not happy with the way the Post treated them.

Bauer claimed that he also sent communication between himself and the woman to The Post. He tweeted the following collection screenshots of a conversation between them (Warning, some language NSFW).

Bauer is currently on leave with the Dodgers following the June filing by a California woman for a temporary restraint order against him. The filing included the claim that Bauer punched and choked the woman until she became unconscious. According to medical records, the woman had suffered significant head and facial trauma.

Bauer's agent responded to these allegations by saying:

"Mr. Bauer was involved in a brief, consensual relationship with [the woman] that began in April 2021. We have received messages showing that the woman repeatedly asked for 'rough' sexual encounters, including requests to be 'choked on' and slapped in face. The woman drove from San Diego to Mr. Bauer's Pasadena residence, Calif., where she continued to dictate to him what she wanted sexually. He did what she asked. After her two encounters with Mr. Bauer, the woman spent the night there and then left. She continued to text Mr. Bauer and exchange flirtatious and friendly banter with him throughout the night. The woman shared photographs of herself in the days that followed their final encounter and stated that she had received medical attention for a concussion. Mr. Bauer replied with concern and confusion. The woman was neither angry nor accusatory.

Los Angeles has a civil hearing scheduled for August 16-19.

Major League Baseball has granted Bauer five extensions to his leave since July 2, when he was placed on leave.

The leave currently available for the 2020 Cy Young Award and All-Star winner will continue through August 20.
bauerassaultpostattorneyswomansallegedlythreateningwomantrevorprotectionwashingtonallegingsubjecttexts2020bauersorder
2.2k Like