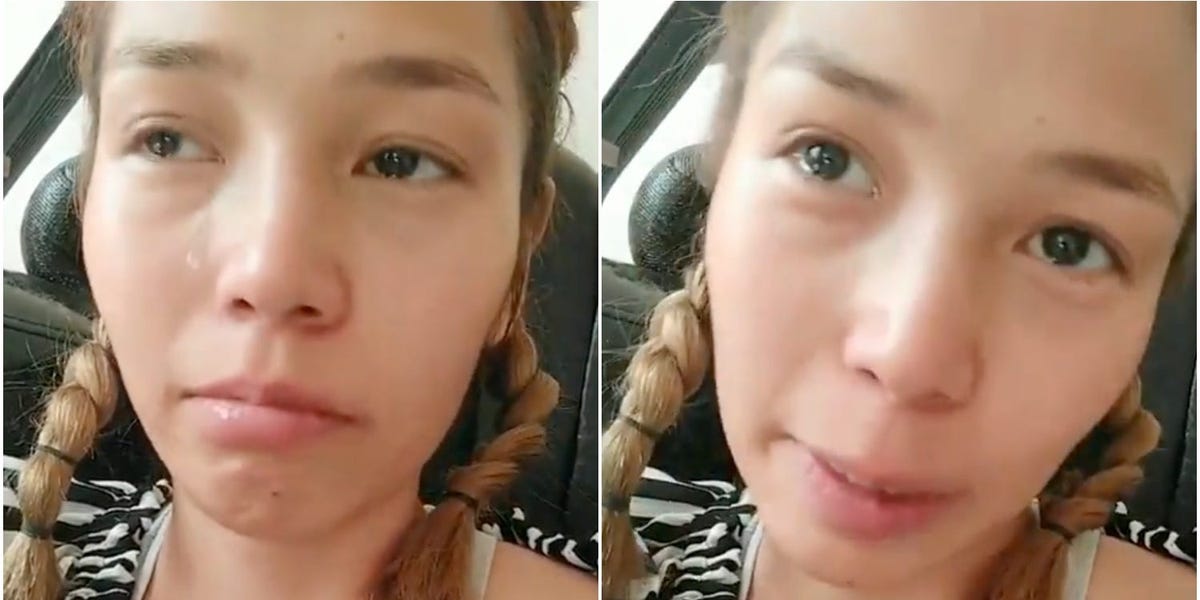 Twitter has taken to heart a video of an Afghan girl crying and it's now viral.
As the Taliban take control of large areas of Afghanistan, it will be a difficult and possibly grim future for the girl.

The UN Secretary-General warned that Afghan women's hard-won rights are being "revoked".

Twitter has become a hot spot for a viral video of a young girl in Afghanistan crying about her future as large swathes fall to Taliban terrorists at alarming speeds.

The 45-second clip features an unidentified girl crying through the words, "We don’t count because our parents were born in Afghanistan."

The girl continued, "No one cares for us." "We'll die slowly in history," she adds.

Masih Alinejad, a human rights activist, shared the emotive video for the first time. It now has more than 440,000 views. In a blog post that was attached to the clip, she said, "My heart breaks in Afghanistan for women." They have been abandoned by the world.

The Taliban had previously banned Afghan women from working, studying, or receiving treatment by male doctors. People who broke the misogynistic laws were subject to imprisonment, public flogging and even execution.

After the 2001 fall of the Taliban, the international community began to open schools for girls.

Afghan women are once more worried about their future after the Taliban has taken 18 of Afghanistan's 34 provincial capitals.

An Afghan female journalist told The Guardian that she couldn't stop worrying about her friends, neighbors, classmates and all the women in Afghanistan.

Antonio Guterres, UN Secretary General, stated Friday that the Taliban has already placed severe restrictions on women's rights in areas under their control.

He said, "It's particularly distressing and heartbreaking to see reports about the hard-won rights Afghan girls and women being taken away from them."
womenrightsafghanviraltalibansecretarygeneralgrimrulewomensgirlvideoafghanistantearswarnsripped
2.2k Like