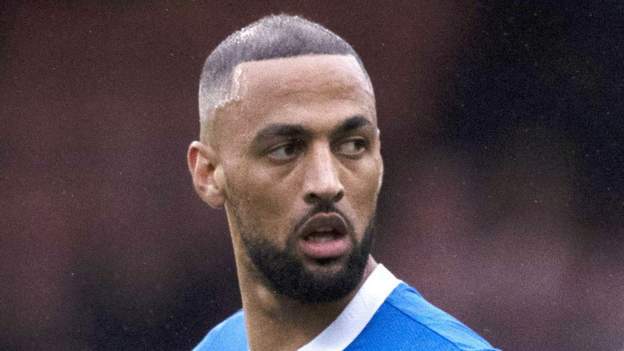 Last update on.Rangers overcame a string of three defeats to breeze past Dunfermline to reach the quarter-finals of the Scottish League Cup.After Malmo's Champions League exit, the Ibrox side made eight changes and was punished by John Lundstram.Scott Wright led by two, Ianis Hagi was third, and Kemar Roofe scored just before the half-time break.Roofe scored another penalty in the second period to the delight and amazement of the 41,500 strong home crowd.Sunday is the draw for the eight remaining spots.Rangers wanted a positive start after a pair of defeats to Malmo and Dundee United in the Premiership. Rangers didn't show any mercy with their opener.Graham Dorrans, an ex-Ibrox midfielder, was caught by Calvin Bassey in his wayward pass to his defense. He squared for Lundstram's goal off the crossbar – his first Rangers goal.Roofe shot at Deniz Mehmet. The hosts won the match and Wright's pass sent Wright clear. Wright then cut inside Aaron Comrie and beat Mehmet with ease.Bassey added an additional assist with a pinpoint cross to Hagi's head and Nathan Patterson was denied by Mehmet just moments later.Glen Kamara, Joe Aribo and Joe Aribo were involved with the build-up to Roofe's goal. Roofe scored his second goal of this season by scoring a back-heel flick that Aribo took superbly.Dunfermline was blessed with one light when Connor Goldson missed a cross. Jon McLaughlin assisted him in making a save that denied Craig Wighton.Aribo's intricate passing led to Roofe being fouled by Dorrans. To cap off a five-star performance by the hosts, Roofe was able to calmly score from 12 yards.Calvin Bassey is the Man of MatchNathan Patterson and Calvin Bassey performed well in the absence of James Tavernier or Borna Barisic as full-backs, with Bassey's delivery impressingWhat were they saying?Premier Sports spoke with Gary McAllister, Rangers assistant manager: "We started it ever so well. We were sharp and professional in front of the goal."It has been a difficult week. It was a good day for us, as we scored an early goal. We looked exciting. We have a busy schedule. Each player is so important."What's next?Rangers will host Alashkert, Armenia, in Thursday's Europa League playoff first leg (20:00 BST).Next Friday, Dunfermline will face Raith Rovers in Championship action (19:45), and the match will be live on BBC Scotland.
wrightsecondrangerscalvindunfermline50leaguemehmetscottishshowedsaveruthlessquarterfinalsgoaleaseibroxstriker
2.2k Like