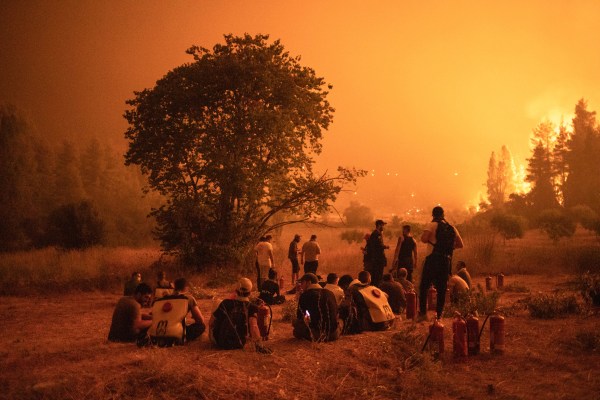 The sixth major assessment report of the Intergovernmental Panel on Climate Change was released this week. It examines the physical science behind climate change. If more accurate and comprehensive data is available, the details can be grim. Mike Butcher, my colleague, summarized yesterday that the conclusions are harsh and direct. Many of the themes in the report are familiar to anyone who doesn't live under an ever-hotter rock. However, I noticed one thing as I was looking through the documents. According to the working group, even if mitigation and adaptation strategies are implemented, many of these negative changes that are occurring on Earth will not slow down in future scenarios. Summary report For centuries to millennia many changes caused by past and future greenhouse gas emission are irreversible, particularly changes in the ocean, sea level, and ice sheets. [] Polar and mountain glaciers have committed to melting for decades or hundreds of years (high confidence). Permafrost carbon loss is irreversible after permafrost melting (high confidence). We have few tools to stop these trends, but there is momentum towards a warmer, more chaotic world. There have been many initiatives, investments and startups that revolve around climate tech. These projects focus on everything from increasing yields and decreasing food production's emissions to improving the power grid and reducing emissions from buildings and air conditioning. These initiatives are important and valuable, but they don't address the most difficult challenge facing humanity this century: disasters. This week we witnessed the Dixie Fire, which is currently burning across hundreds of thousands acres in the northern reaches California, the second-largest fire in California's history. In Greece, wildfires have caused a crisis that is unprecedented. Droughts and floods, hurricanes and typhoons are increasing and ravaging billions more people on every continent. This problem can be solved by building resilience and constructing cities, structures, as well as food- and water systems that are protected against natural calamities. These projects can be costly and time-consuming. They are often measured over many decades, rather than just a few months. We need to give more urgency to developing better disaster response technology. Over the last few months, I have covered many of these companies. RapidSOS is a company that adds more data to emergency calls in order to speed up and make them more efficient. Qwake raised $5.5 million to create hardware and cloud services that allow firefighters to see their surroundings in dark conditions. Gridware, a YC-backed company, has raised over $5 million to develop sensors that can detect power grid failures faster. There are many disaster tech startups, but there will be more to combat the slew of disasters that will hit in the coming years. There is so much more to be done: better mental health resources to victims and first responders; easier access to recovery money to heal lives; higher-quality sensors, data analyses to detect disasters earlier; faster logistics to evacuate people from harm's way. There are many fields that require more investment and founder attention. As I demonstrated in a study of sales cycles, it is not an easy market. Technology is often overlooked, budgets are limited, and disasters can happen at any time. However, in some ways that friction can be a source of creativity about how to build the next-generation services and how they are sold is the risk that leads the to high potential return. The IPCCs report this week made it clear that the severe weather and extreme disasters of the past decade are not going to stop. With ingenuity and a little bit of luck, we can make a difference in how we respond to disasters already occurring and save lives and precious treasure.
report week disasters ipccs better past emissions following respond techcrunch decades improving going technology high need
2.2k Like