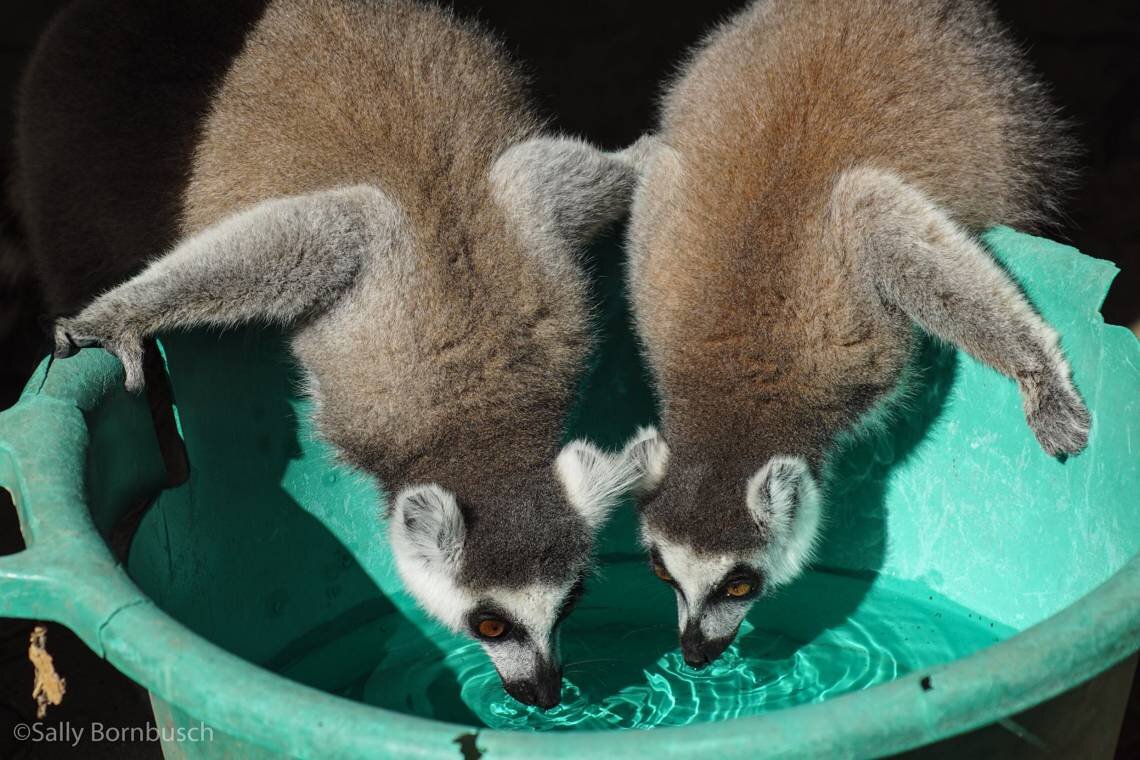 In the guts of wild and captive lemurs from Madagascar and the U.S., antibiotic resistant bacteria has been discovered. The more people they come in contact with, the more resistant bacteria the animals have. Credit: Sally BornbuschThe CDC describes antibiotic resistance as one of the most pressing public health crises in the world. It is currently being discovered in the stomachs of lemurs (our distant primate cousins).Researchers at Duke have discovered evidence of antibiotic resistance in the microbiome from lemurs that live close to humans, according to a new study published in Frontiers in Ecology and Evolution. They found more antibiotic resistance the closer they were to humans.Graduate student Sally Bornbusch, and Christine Drea (Professor of Evolutionary Anthropology, Duke University) sampled the dung from ring-tailed Lemurs. They sequenced all the genes found in the dung to find genetic markers for antibiotic resistance.The study included 10 populations of lemurs: seven wild lemurs from Madagascar, two lemurs taken from research facilities in the United States and one each from the Lemur Rescue Center in Madagascar. Finally, a group of pet lemurs in Madagascar.The average number of resistance genes found in gut microbiomes in wild animals was almost zero. However, animals obtained from research facilities had a higher proportion of resistance genes than wild lemurs. The proportion was nearly 35 times higher in pet lemurs.This is probably due to the excellent veterinary care: Lemurs who live in research facilities are treated when necessary for infection and have greater direct exposure than wild counterparts to antibiotics.The highest levels of antibiotic resistance were found in pet lemurs who likely did not receive veterinary care.Madagascar has made it illegal to keep a lemur as an animal companion. Therefore, owners of lemurs will not be able to take them to the veterinarian to avoid legal consequences. This is why pet lemurs are becoming resistant to antibiotics by simply sharing their environment with domestic animals and humans.The omnivore and generalist ring-tailed lemurs will eat any dirt, excrement, or other material they can find. They are frequently found in a household where they are constantly in contact with people, often perched on their owners' shoulders or in the arms tourists who will pay for a photograph (a practice that can be harmful to both humans as well as animals).Bornbusch stated that pet lemurs are likely to develop antibiotic resistance due to their social and physical environment.Microbes act as an overlaid blanket. Bornbusch stated that microbes are not only present in our stomachs but also on our skin and furniture as well as in our food, water, and food. They are easily transferred between environments and are everywhere.The gradient in human activity influenced antibiotic resistance among wild lemurs. The antibiotic resistance of animals from areas that are impacted by cattle grazing or farming was higher than in those from more pristine environments. However, it is still lower than the lemurs who live close to humans.Bornbusch stated that "antibiotic treatment is not the only mechanism" which leads to an increase in resistance genes in animals.Even lemurs in research facilities had similar levels of antibiotic resistance to those who were treated for multiple infections.The type of resistance genes acquired was also affected by the proximity to humans. While the microbiomes of the ring-tailed lemurs of Madagascar showed signs that they were resistant to antibiotics used in combating plague outbreaks, lemurs from the United States had resistance to antibiotics commonly prescribed in North America.Antibiotic resistance genes have been around for a while. Over millions of years, microbes have evolved resistance genes and mutated them in an arms race against naturally occurring antibiotics.This process is usually not a problem in a natural setting. However, things went wrong when humans used the power of naturally occurring antibiotics to create antibiotics for the public.Bornbusch stated that "Humans developed antibiotics and spread them all over the world." These results, though not encouraging, can have a positive effect on wildlife management and conservation.Bornbusch stated, "Even though these results may seem scary, they help to use microbiome science for honed veterinary practices as well as conservation activities." Bornbusch also stated that further research is necessary to understand the effects of resistance genes on wildlife.Bornbusch stated, "Right now we know that resistance genes exist, but we don’t know if they are really harmful to lemurs." These results provide a foundation for future research into the effects of resistant microbes on wildlife, and their environment.Duke University receives Madagascar's endangered lemursFurther information: Sally L. Bornbusch and colleagues, Antibiotic Resistance Genes In Lemur Gut And Soil Microbiota Along A Gradient Of Anthropogenic Disorder, Frontiers of Ecology and Evolution (2021). Information from Frontiers in Ecology and Evolution: Sally L. Bornbusch and colleagues, Antibiotic Resistance Genes in Lemur Gut and Infected Soil Microbiota along a Gradient Of Anthropogenic Disturbance (2021). DOI: 10.3389/fevo.2021.704070
wilddrugresistantlemurshumansantibioticlemurbornbuschresistancegeneslivegutsbacteriaresearchantibiotics
2.2k Like