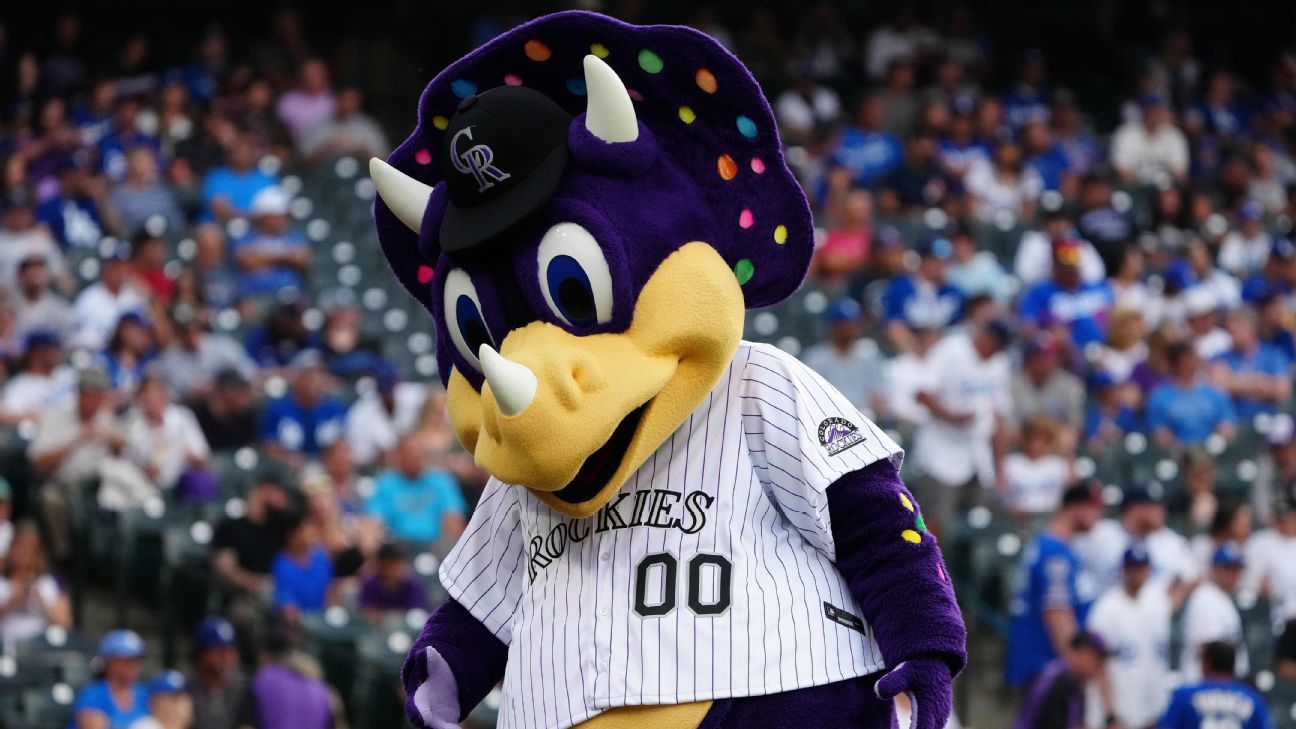 According to the Colorado Rockies, a fan didn't yell racial slurs Sunday against the Miami Marlins. Instead, he was shouting at team mascot.The Rockies stated Sunday that they were "disgusted” at the widely-held racial slur directed against Lewis Brinson of Miami, who was Black. ESPN reported Monday that the fan shouted at Dinger, the team’s dinosaur-themed mascot.ESPN was told by a source that the Rockies had spoken to the fan to investigate the incident. According to the source, the Rockies also reached out to another fan who was sitting next to the man and told them that the man shouted "Dinger."Monday's Rockies statement stated that a fan shouted to attract the attention of their dinosaur-themed mascot Dinger, and not yelling at Lewis Brinson. Ron Chenoy-USA TODAY Sports9News, a Denver-based television station, reported Monday that the Rockies had completed their investigation into Sunday’s incident.Both broadcasts picked up the man's shouts. However, the Bally Sports Florida broadcast was more clear than the Colorado broadcast because Drew Goodman, the Rockies broadcaster, was speaking at the time.Brinson was not among those on the field who responded to the shouts.Jason Latimer, Marlins spokesperson, told The Associated Press via SMS on Sunday that neither Lewis nor any other Marlins were present on the field or in their dugout to hear what was being shouted.In the final innings, fans began to crowd the stadium's lower deck. They were moving closer for a post-game concert as part of Faith Day celebrations.This report was contributed by Jesse Rogers from ESPN and The Associated Press.
mascotyellshouteddingershoutingsayrockiesmarlinsslurracialteamsfantoldmiamilewisman
2.2k Like