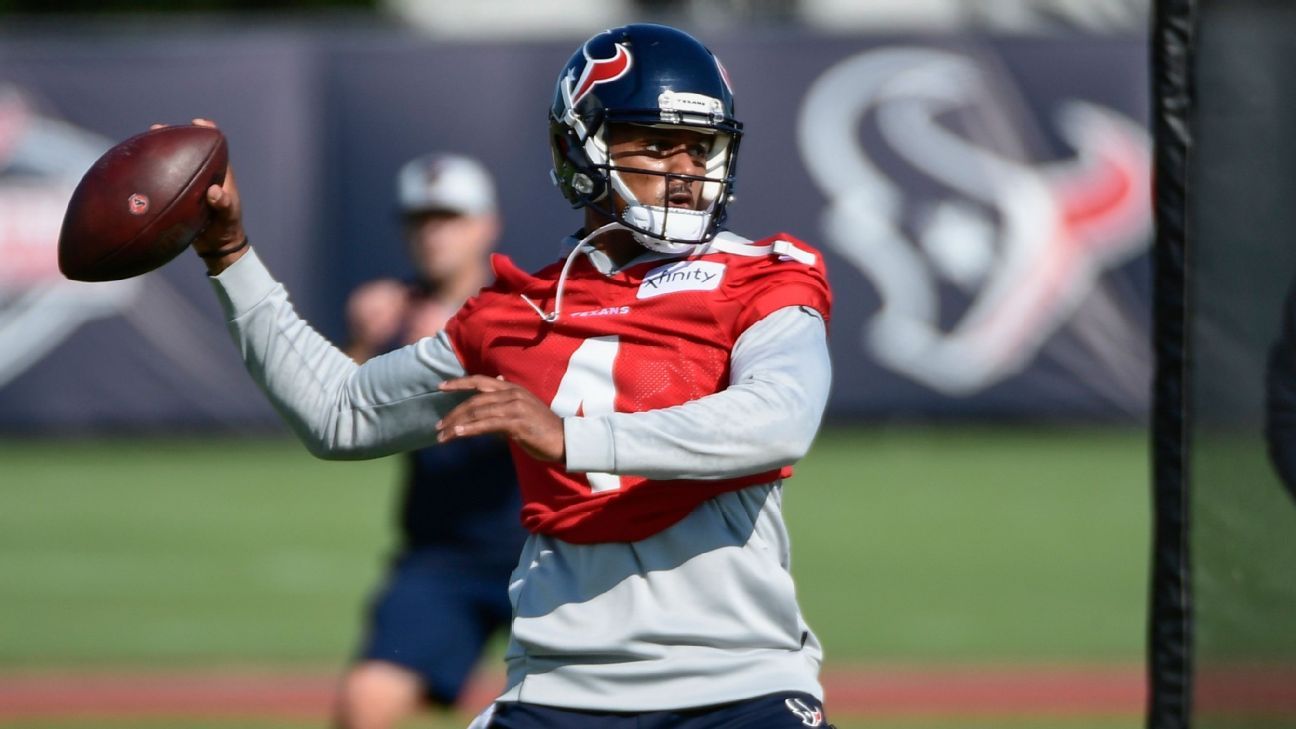 Adam Schefter reports from the Texans' camp on Deshaun Watson's return to practice. (0:59). HOUSTON -- Deshaun Watson, the Houston Texans' quarterback, was back in practice for the Houston Texans for the first time in a whole week. Watson, who arrived at camp on July 25, after having requested a trade in January. He practiced for five days before being absent for five more days. Two months after Watson's trade request, the first of 23 lawsuits against him were filed. Watson is currently facing 22 lawsuits alleging sexual assault and inappropriate behaviour. Watson would have been fined $50,000 if he had not attended training camp. David Culley, the Texans' head coach, has refused to provide details about Watson's participation at practice. He often said, "nothing has happened" with Watson. The Texans will play their first preseason match in Green Bay on Saturday.
qbdeshaunabsencepracticingwatson5daylawsuitsweekwatsonstrainingpracticetexanshoustoncamptrade
2.2k Like