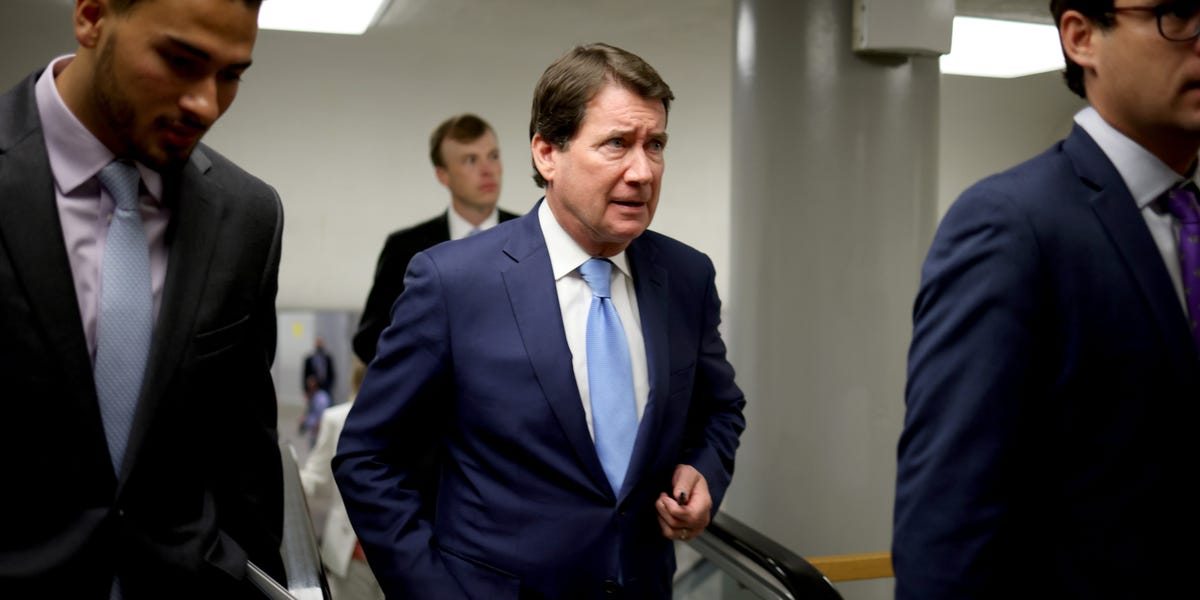 One Republican senator holds President Joe Biden's bipartisan Infrastructure Bill up. Although the bill is expected to pass this weekend (Senator John McCain) one senator has refused to speed-track it. Insider was told by Sen. Bill Hagerty, Tennessee. Loading something is loading. Click Sign up to receive marketing emails and other offers from Insider. Senator Bill Hagerty, a Tennessee senator, is against President Joe Biden’s infrastructure bill. He refused to speed up a vote on Saturday, arguing that it would add to the deficit. Bipartisan bill worth $1.2 trillion is expected to be passed this weekend. It cleared the upper chamber in a procedural vote of 67-27, which included 18 Republicans. Mitch McConnell, Senate Minority Leader, was also among them. The bill also includes federal spending for high-speed internet and new roads and bridges. Although congressional leaders attempted to speed up the bill through unanimous consent from all senators in recent days, even one holdout could stop it. On Saturday, Hagerty didn't show any signs of slowing down. Senator Bill Hagerty (@SenatorHagerty), August 7, 2021 Insider was told by Hagerty that he wasn't slowing down the bill. Hagerty repeated to reporters that he believed the bill should be drafted in the "normal" way and that there was no reason for an acceleration. His opposition to speeding up the voting process could lead to the bill being passed on Tuesday. A small group was seen crowded around Hagerty at the Senate floor on Saturday night. This group also included Republican Senators. Rob Portman and Lisa Murkowski, John Thune and Ted Cruz were part of the group. A staunch opponent of the bill by the freshman senator from Tennessee, he cited the projections made by the Congressional Budget Office that the bill would increase the deficit to $256 billion. He said that despite the news, he was asked to agree to speed up the process and pass it. "I couldn't, in good conscience allow that to happen at the moment." Hagerty, who was expressing his opposition to the bill during a second huddle with reporters Saturday, said that he was not "holding this up at any point". Democratic Senator Chris Coons, Delaware, was passing by and said: "Yes he's."
biden opposed bill hes process told tennessee gop weekend hagerty senate vote lone slowing senator infrastructure
2.2k Like