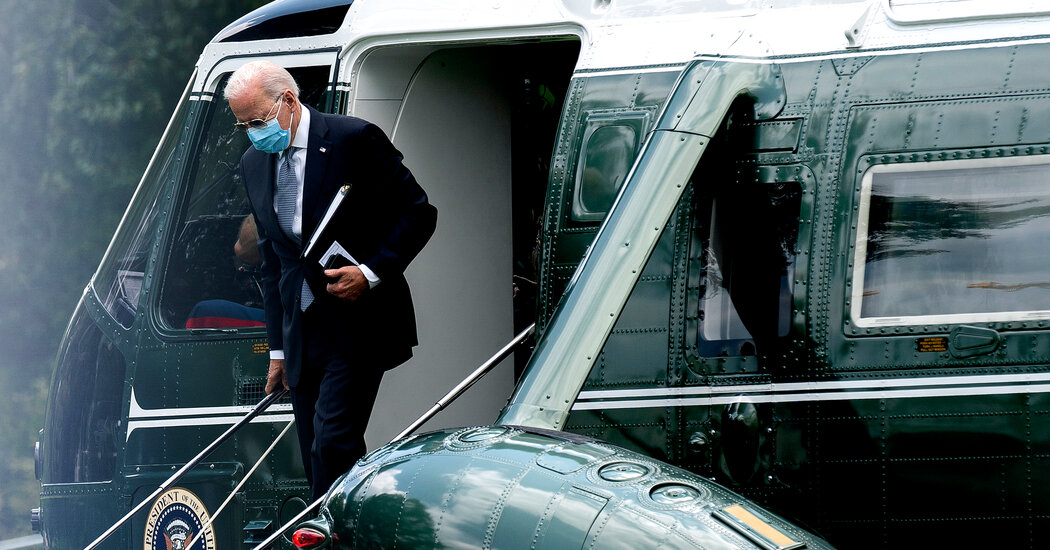 It's also part of a larger narrative about a White House, which has tried to stop the pandemic from spiraling out of control by responding to its rise in inconsistent and halting ways.Up until the end of July, Mr. Biden's team had accepted that the moratorium on evictions had to be lifted as per a Supreme Court ruling. The ban was originally imposed in September last year and had been extended three more times. Although the June ruling allowed the ban to continue until its end date, it suggested strongly that five of the nine justices would be inclined to overturn it if Congress didn't enact a new law authorizing such an extension.Instead, the administration attempted to accelerate disbursement for $47 billion of rental assistance approved by Congress to help people stay in their homes. The money was intended to allow renters pay their landlords until there was no more pandemic, thus making everyone whole.However, logistical problems and concerns about fraud prevented much of the money flowing. Many cities required complicated applications. Many tenants didn't know about the program, and they did not sign up. The money was frozen in some states because it was not safe to give funds to people who don't really need them. The White House raced to release as much cash as possible prior to the freeze expiring and blamed local governments.Treasury revealed that only $3 billion of the $47 billion was used by the states and cities who received the money on July 21st.In an interview, Susan Rice, director of the Domestic Policy Council said this week that it is a national shame that the state and local governments have not used the substantial investment made by Congress to stop exactly what we are concerned about.Activists warned for weeks that renters could be hurt if the moratorium expires. Progressives grumbled about the issue for weeks, but it was not the best response from Capitol Hill.
rulingrenterspaywhitepreventstatesstruggledcongresshousebillionfalloutdemocratsmoneyevictioncontainweekseethed
2.2k Like