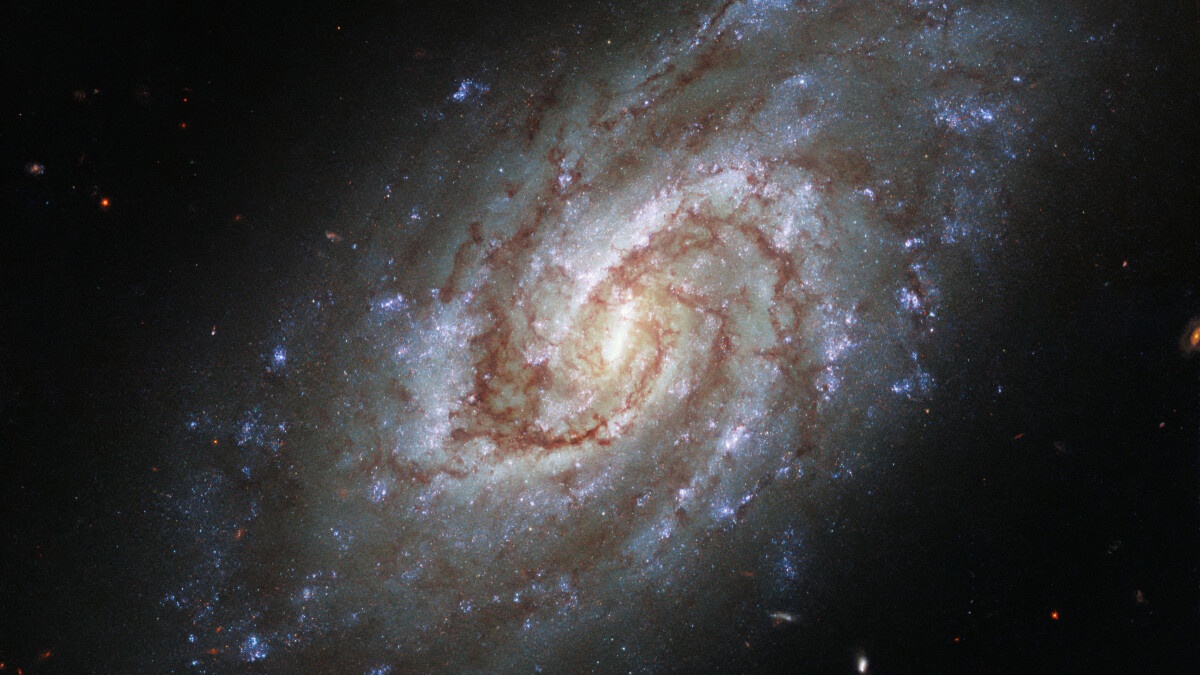 Spiral galaxies are a constant reminder of the immenseness and swirling beauty of their universe. Spiral galaxy IC 1954 was captured by the Hubble Space Telescope, and shared with the public Friday. This stunning celestial object is helping scientists to understand how young stars form from cold gas clouds. The spiral galaxy IC 1954 is located approximately 45 million light years from Earth in the constellation Horologium. Credit: ESA/Hubble & NASA. J. Lee. By combining this highly detailed image of the galaxy with radio data collected by the Atacama Large Millimeter/submillimeter Array in Chile, scientists can piece together a clearer picture of star formation, the European Space Agency explained in the image post. IC 1954 lies approximately 45 million light years from Earth. Hubble's new Wide Field Camera 3 was able, over extended exposures, to absorb both visible and ultraviolet light from the galaxy to create this final product. Its star-filled, gaseous arms extend from a bright, energetic core, much like our Milky Way galaxy. All that gas and dust congeals into stars as the galaxy spins. SEE ALSO: Hubble image shows two galaxies colliding in chaos This observation is the starting point for the James Webb Space Telescope which will be launched this fall by NASA, ESA and Canada Space Agency. It will be the largest and most technologically advanced satellite telescope in history.
spacegalaxyspotsstarsnasascientistslightyearsmilliongemnasasspiralhubble1954telescope
2.2k Like