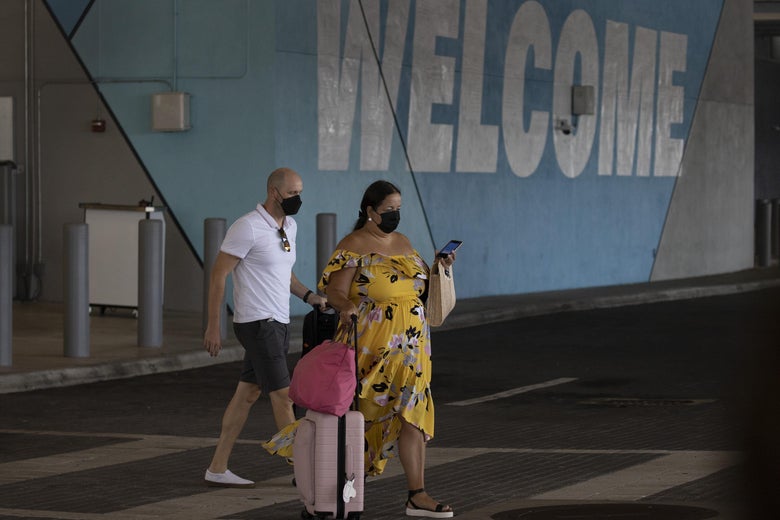 Florida had 21,683 COVID-19 new cases Friday. This is the highest number of COVID-19 cases since the beginning of the coronavirus epidemic. These record numbers were released on Saturday and Friday. The previous record for Florida was set by Jan. 7, when 19334 cases were reported during the worst month of pandemic. Florida saw a 50% increase in new infections over the week with 110,477 cases reported between July 23 and July 29. According to the Miami Herald, it looks like the second-half of July will mark the beginning of the third COVID-19 peak in Florida. The case numbers for Thursday, Friday, and Saturday combine with January 6-8 to make the top six individual cases count days. Advertisement Advertisement Advertisement Around 6.5 percent of the nation's population is located in Florida, and it now accounts for one fifth of all new virus infections in the country. This makes it the epicenter of the pandemic. Florida was among four states responsible for around 40% of all the nation's new infections this month. Its positive test rate of 18.1% is nearly double that of the national average 7.8 percent. According to Dr. Aileen Marty, an infectious disease expert at Florida International University, there is no greater risk area in the United States than what we are seeing here. These numbers are just too frightening to believe. We want [masks] to be a parental choice. - Anita Whitby-Davis, Mother of two sons and parent liaison pic.twitter.com/IVFhs9hvhV Ron DeSantis (@GovRonDeSantis) July 31, 2021 Advertisement The record-breaking numbers were reported by Florida the day following Gov. Ron DeSantis signed an executive directive that prohibits school districts to require students to wear face masks upon their return to class. According to the order, it is up to the parents to make that decision. DeSantis stated in a statement that the federal government does not have the right to inform parents that their children must wear a mask every day in order to attend school. Governor DeSantis, who is a possible Republican presidential candidate in 2024, has called for vaccinations. However, he has also invested a lot of political capital to keep virus restrictions to a minimum. The governor stated that Florida will not have lockdowns and will not close schools. Floridians are, will be and have always been free to make the best decisions for their family and themselves. Advertisement Thomas Bossert was the former homeland security advisor to President Donald Trump. He tweeted that it was too late for Florida's COVID-19 surge to be meaningfully reduced. Florida is in unknown territory. It needs to plan for a hospital surge, particularly pediatric capacity. Advertisement
record cases school sets reported numbers order entire infections daily day covid19 states 21683 pandemic florida Design Life Style Web Design Development Design Life Style
2.2k Like

Coronavirus Hospitalizations In U.S. Decline For First Time Since June