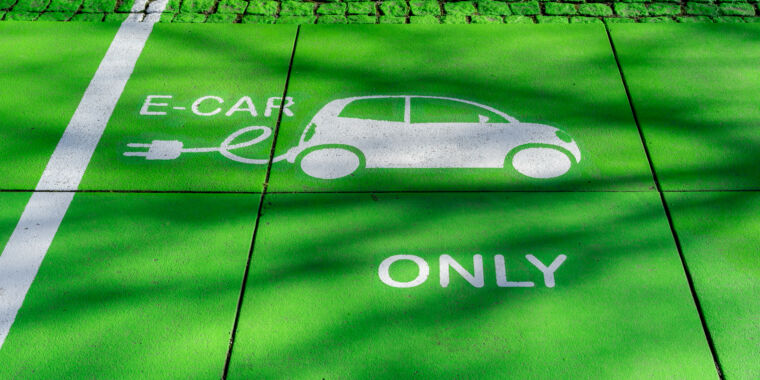 According to electric vehicle skeptics, it's pointless to switch to EVs because they are far more efficient than cars that use internal combustion engines (which they are), but this doesn't account for the carbon emissions required to build them and then to scrap them. It's false. A medium-sized battery electric vehicle (EV) has 6068% lower lifetime carbon emissions than an equivalent car with an internal combustion engine in the US. As we increase our use of renewable electricity, the gap will only grow. This finding is based on a whitepaper (pdf) by Georg Bieker, International Council on Clean Transportation. This comprehensive study compares the lifetime emissions of mid-sized vehicles in Europe and the US with those in 2030. It includes a variety of powertrain types including gasoline, diesel and hybrid EVs, plug-in hybrids EVs, battery EVs, fuel cell EVs, and PHEVs. The ICCT funded the study into diesel emissions by VW Group. The study considers the carbon emissions from various fuels (fossil, biofuels and electricity), as well as emissions from the manufacturing, recycling, or disposal of vehicle components and various parts. According to Bieker, the study also includes real-world fuel consumption. This is particularly important for PHEVs. The study also considers the fact that energy production should be less carbon-intensive over the long term, according to stated government goals. The study found that the lifetime emissions of a BEV in Europe is 6669% lower than that of a comparable gasoline-powered vehicle. This range is 6068% lower in the US over its lifetime. The magnitude of the BEVs in India and China is less than that in the US, but it is still cleaner than a traditional fossil-burner. China has 3745 percent less emissions from BEVs than India, while India is at 1934 percent. Advertisement If the four regions adhere to the decarbonization plans, the gap will widen in favor of BEVs by 2030, taking into account more efficient engines and fuel production. The gap in Europe is expected to be 747 percent, in the US it will be 627 percent, in China it will be 4864 percent, and in India it will reach 3056 percent. Bieker states that there is "a lot of uncertainty" about how each region's future electricity mix will develop. The paper also contains some good news for hydrogen lovers. While FCEVs are currently about 2640 percent more carbon-intensive than comparable gasoline vehicles, hydrogen production using renewable energy would increase to 7680%, which is even better than BEV's. Bieker's analysis shows that internal combustion engine cars are unlikely to survive if we want to decarbonize. HEVs can only reduce lifecycle emissions about 20%. PHEVs are not much better than gasoline in Europe (2527% lower than gasoline), China (612 percent less than gasoline), and the USA (4246% lower than gasoline). A PHEV, however, will produce much higher lifetime emissions than BEVs in all three areas. (India is home to almost none of these PHEVs. As the grid becomes more decarbonized, the advantages of BEVs over PHEVs and HEVs will only grow. Bieker states that even the introduction of biofuels won't help the internal combustion engines stay relevant. He suggests that registration of new combustion engine cars should be stopped in the 2030-2035 timeframe if we are to achieve the Paris Agreement targets. California Governor Gavin Newsom issued an executive order in September stating that new vehicles must have zero emissions by 2035.
gasoline combustion life cars emissions india engine confirms evs cycle bevs lower vehicles phevs study electric
2.2k Like

When do electric vehicles become cleaner than gasoline cars?

Should we outlaw SUVs?