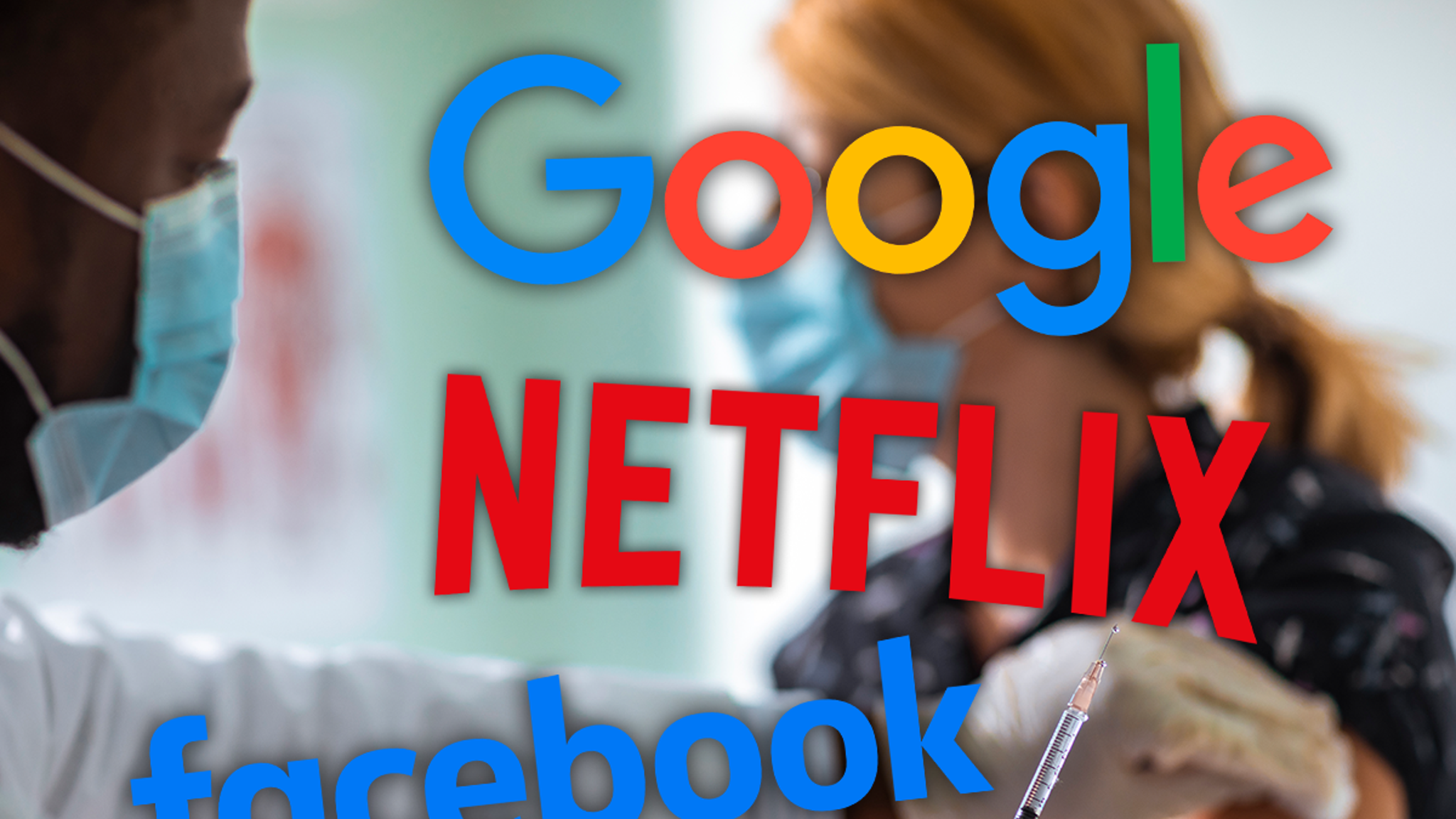 If you aren't vaccinated, and still want to work at Netflix, Facebook, or Google, it is a good idea to get the jab.Wednesday's news broke that all three media giants would require COVID vaccinations for in-office/on set work. Sundar Pichai (Google's CEO) sent employees an email stating that they would delay their full office return until October 18 due to recent Delta spikes.However, he also said that anyone returning to the office after this would need to be inoculated and provide proof. It is unclear whether Google will allow employees to work remotely from home -- something they stated back in December... workers would be required to return to the office at least three days per week after things are back to normal.Facebook announced that they would soon do the same -- they confirmed that all employees who want to work in the U.S. office will need to show they have a shot. They also offered a concession to those who didn't get vaxxed. It said that medical reasons and other reasons will be taken into consideration as they chart a path forward.Netflix did something similar this week. According to reports, they informed their partners and in-house production teams that people working in Zone A -- which includes actors and others in close proximity -- would need to be vaxxed.They appear to have been the first studio to make a clear line on this issue, and others may follow their lead now that they've made this uneasy first step.Netflix's regular employees have, however, been WFH throughout the pandemic. Reed Hastings, their CEO, suggested that he hates WFH and wants to end it as soon as possible. He called WFH "pure negativity."
actorsemployeesvaxxedweekrequiresayingtheydgooglewfhsoonworkingfacebookworkvaccinationstheyvenetflix
2.2k Like