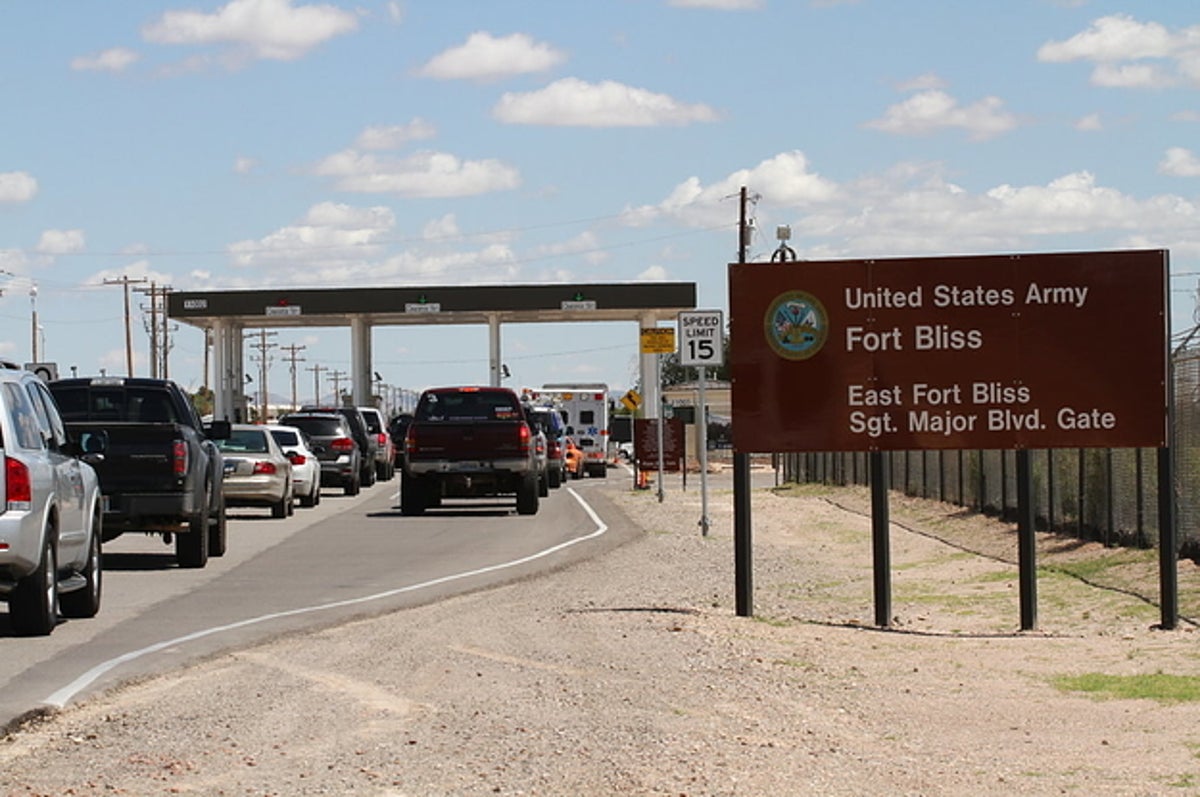 The children were housed in the homes of Chenega Corporation, Rapid Deployment Inc, and Department of Health and Human Services contractors. Both companies did not respond to a request for comments. HHS did not respond immediately to a request.Pearlstein stated in a statement that "Gross Mismanagement, Waste, and Abuse of Authority by the Top Who Insisted on the Utmost Secrecy" led to conditions at Fort Bliss for thousands of children that could only be described as mistreatment.The Wednesday complaint, filed by Arthur Pearlstein, director for arbitration and the office of shared neutrals at Federal Mediation and Conciliation Service and Lauren Reinhold (an attorney-adviser at Social Security Administration), alleges that mismanagement caused significant mental health problems among the children and delayed their release to loved ones. The Government Accountability Project represented both Reinhold and Pearlstein.Two government employees filed the complaint against Fort Bliss. This Texas army base is near El Paso and housed thousands unaccompanied minors. The Government Accountability Project had earlier this month filed an initial complaint regarding Fort Bliss' conditions. It cited a lack of clean underwear, and contractors who have no experience working with children.According to a whistleblower, immigrant children who were housed in one of the largest emergency shelters under the Biden administration were kept in conditions that were too cramped and did not have adequate masks. This led to widespread COVID-19 infection.Protest held near Fort Bliss by activists calling for an end to the detention of unaccompanied minors in the facility.The complaint claimed that hundreds of children in government care were infected with COVID. Every effort was made to minimize the severity of the infection. A senior US Public Health Service Manager refused to reveal how many children were infected at a Fort Bliss town hall. If that graph [of infection] is going to Washington Post every single day, politics will overtake us. Perception will prevail and reality will be the focus.Reason reported previously that Dr. Joseph Hutter was the one who made the comment. He is a commander with the US Public Health Service.Pearlstein, who was part of Fort Bliss' mental health team, performed clinical assessments on children and said that major depression and depressive episodes are common. Some children had suicidal thoughts. Pearlstein stated that many of these children were sent to federal employees or "counselors". Some of them had no training or experience.According to the report, mental health professionals hired by private contractors to assist children "appeared to lack appropriate training." Federal employees were told by some children that they refused to see counselors or ignored their requests.The report states that "in one case, a clinician's primary response to a boy complaining of feeling very sad and depressed was to tell him that there was nothing to be unhappy about and that he should feel grateful for everything he was getting."Multiple times, children were taken to the airport and told that they were going home. However, when they returned to Fort Bliss, they were informed that it was a mistake. They were shocked and distraught when they returned to Fort Bliss.Two whistleblowers claimed they spoke with dozens of children who were at Fort Bliss more than 30 days. Some even went on to say that they had spoken to 60-day-olds. Many children claimed they hadn't talked to their case managers for over a month. Others claimed they hadn't been assigned one."The Fort Bliss children did not and could not trust that they were safe, that their basic needs would be met, or that their sponsorship/placement cases were being timely processed," the report states. The most common complaint from children was that they felt in complete uncertainty and anxiety with no clue about what the future holds.Federal employees claimed that their managers told them that contractors had taken control of concerns they raised about Fort Bliss' waste, fraud and abuse. Nearly 800 federal employees had been sent to Fort Bliss by mid-May. However, the whistleblowers claimed that there was little effort to assign them detainees based upon their experience and skills.Reinhold stated that contractors hired people said they submitted only employment applications. There was no vetting or interviews and no phone calls before being offered jobs. Reinhold stated that she discovered near the end May that Chenega and Servpro staff, one of the contractors mentioned in the previous complaint were undergoing background checks.Reinhold stated in a statement that "it is my hope THAT ORR will create a long-term humanitarian program with adequate contractor oversight in order to house children in better circumstances and place them with U.S. sponsor more quickly."
complaintoutbreakfederalcovidcontractorstoldhealthdetainedmaskswhistleblowersblissemployeesadequatefortdidntimmigrantreinholdchildrenallege
2.2k Like