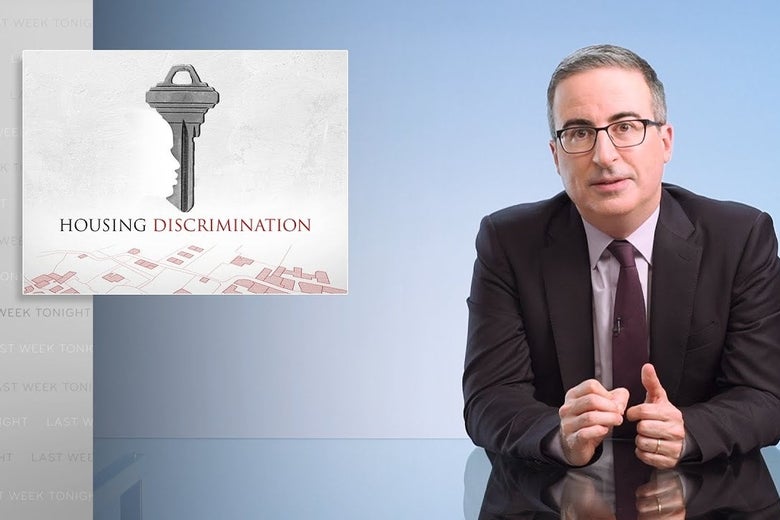 John Oliver presented a compelling case for reparations on Last Week Tonight. The main segment of the show focused on housing discrimination in America and how federal policies like redlining and racial Covenants have contributed to an almost insurmountable wealth gap where Black families now own $13 for every $100 wealth held by non-Hispanic white families. Oliver says that the recent Los Angeles County decision to return a beachfront property to the Bruces nearly 100 years after it was taken unjustly under the pretense of eminent jurisdiction is something close to justice. Land was taken, but land is being given back.AdvertisementAdvertisementAdvertisementOliver expands his argument to include all forms of housing discrimination and not just the Bruces. He explains how cities, states, and, most importantly, federal government have systematically stopped Black Americans from building wealth over the centuries. Oliver argues that these practices, which include the Fair Housing Act's mandatory racial covenants and the redlining by the Home Owners Loan Corporation and steering to block-busting are still in place today. They limit the wealth, resources and lifestyles that Black people have access to.AdvertisementAdvertisementOliver said that it was the federal government who institutionalized the racist policies on a massive scale. This segment features footage of Nikole Hannah-Hones, Pulitzer Prize-winning journalist, outlining the three key tenets for any meaningful reparations strategy. She explains that reparations are not a matter of whether they should be done but rather how.Oliver states that the only odd thing about making reparations to Black people, is that it hasn't been done yet. It's just as strange that it took so long to return Bruces Beach to the Bruces. He said that in both cases, it was the right thing to do. You can make someone happy by paying the debts you owe.
wealthtakendiscriminationwaywaysjohnsegmentfixblackoliverfederalhousingbrucestheresreparations
2.2k Like