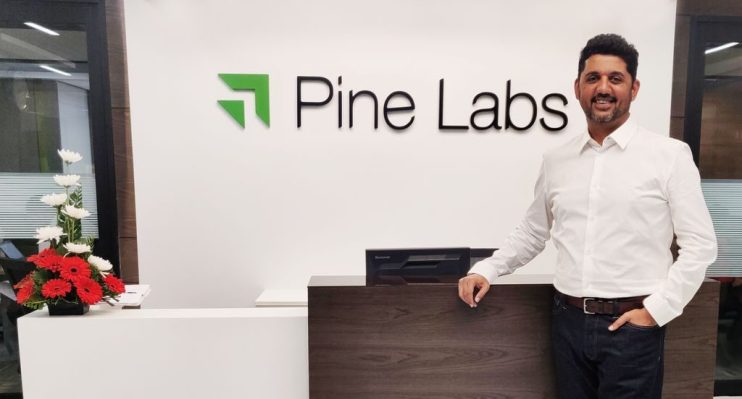 Pine Labs announced Tuesday that it closed a $600million financing round. The Asian merchant commerce platform has set the goal of exploring the public markets in two years.Fidelity Management & Research Company and BlackRock invested in the round. The startup is valued at $3 billion. Pine Labs announced the new round earlier in the year, but has not disclosed its name.Pine Labs counts Sequoia Capital India and Temasek as early backers. It offers merchants hundreds of thousands in payment terminals, invoicing and working capital.The payments terminal, also known as point of sale machines, is connected to the cloud and offers a variety of additional services to merchants such as working capital. Pine Labs' payments terminal is compatible with more than two dozen banks as well as financial and technology partners.Pine Labs is distinguished from its competitors by this feature. Most terminals only have integration with one bank. Every time a competitor firm forms a partnership with a bank they have to put new machines on the market. The whole deployment is expensive for both the bank and fintech. This is why restaurants often have multiple check-out terminals. According to the startup, it processes millions of payments transactions.Pine Labs has seen significant growth in India's offline-to online strategy and in Southeast Asia's direct-to consumer play. Pine Labs CEO B. Amrish Rau said that the company's full-stack approach for payments and merchant commerce allowed it to increase in-month merchant partners by almost 100% over last year.Amrish Rau said that Pine Labs is excited to welcome a new set of investors to the fold and appreciated their confidence in the business model and growth momentum. He also stated that he intends to take the startup public within 18 months.Pine Labs has made numerous acquisitions in recent years to expand its business. It acquired QwikCilver in 2019, which is the leader in the gift card category. It also acquired Fave, a Southeast Asian startup, for $45 million earlier this year to expand its consumer side.Fave now has access to over 6 million users in more than 40,000 merchants, according to the startup.Pine Labs has now become the region's leading pre-paid platform and the best consumer loyalty product. Its acquisitions of QwikCilver, Fave and Fave have made this possible. The company's leadership in multiple areas means that it is well-positioned to drive tremendous value to its merchant partners across India and other SEA markets, stated Shailendra Singh MD, Sequoia Capital.
millionmarketcommerce600labstechcrunchstartuproundmerchantgiantindiasecurespaymentspineterminalsasian
2.2k Like