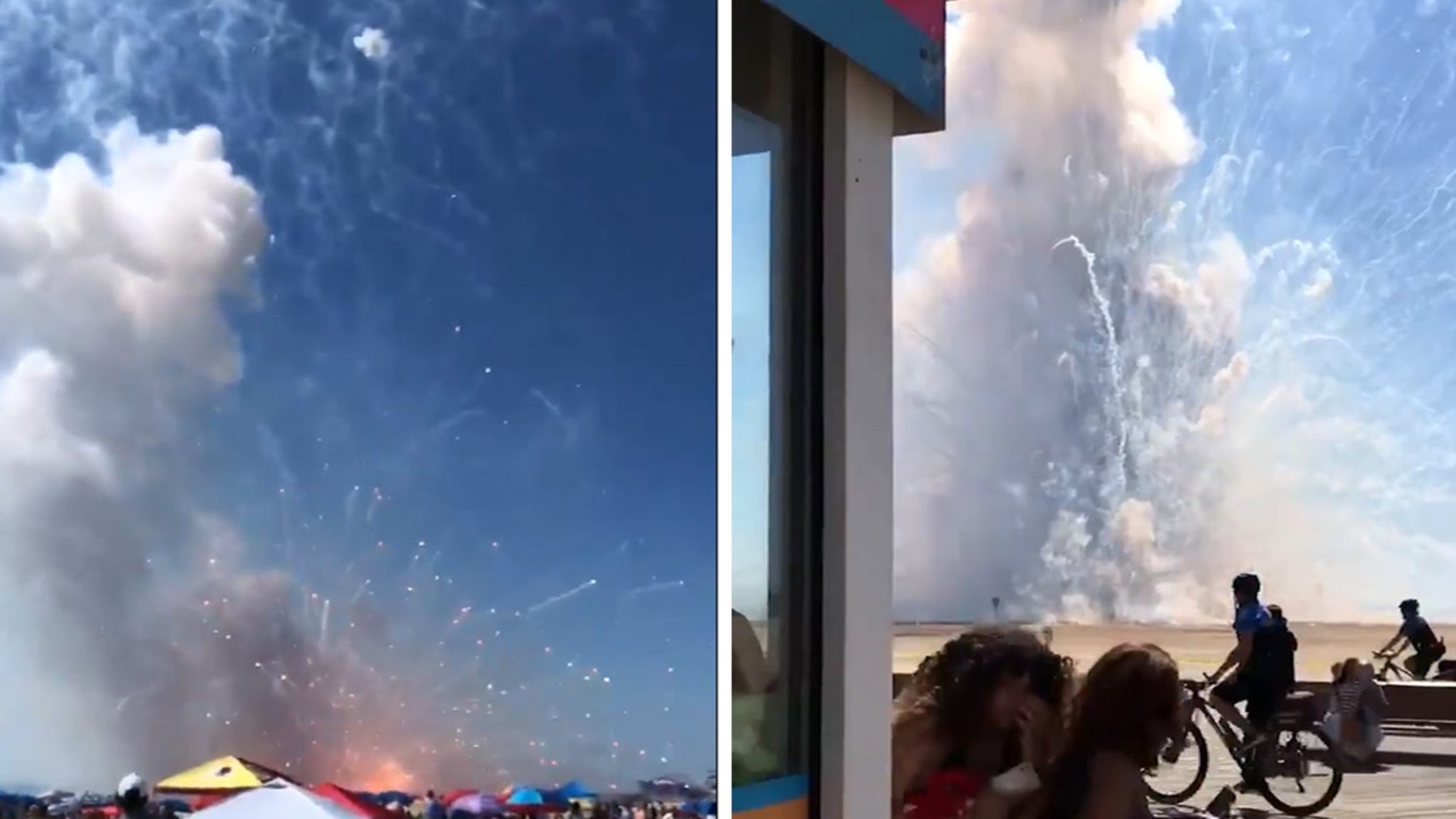 Watch video content @BNONews @natasaurus08/ TwitterMaryland's fireworks started in earnest this weekend. A good portion of their stash was up in flames and booms well before the sun set.Unintentionally, a truck carrying a lot of fireworks in Ocean City exploded Sunday morning. It scared off many people who were there but was a good indicator of what was coming. It was almost like watching a firework display right on the sand.This morning, fireworks were lit at Ocean City's beach near the inlet. I'm not sure if anyone was hurt. Video by my sister in law. pic.twitter.com/m5MFcRtRUN Jessica Anderson, @janders5, July 4, 2021 @janders5Ocean City Fire Department was informed about the incident. According to the Ocean City Fire Department, there was an accidental discharge of fireworks from the fireworks displays that were being installed on the beach. They said, "During the accidental discharge, employees from the fireworks company sustained minor injuries and were refused transport by Ocean City Paramedics to the hospital."Although no one was hurt, this could have quickly turned ugly. It's actually very similar to a detonation that went wrong last week in Los Angeles. This was when the LAPD bomb squad attempted safely to dispose of thousands of pounds illegal fireworks they'd taken... but ended up sending shockwaves throughout a southside neighborhood.The Los Angeles Police Department (LAPD) detonated five tons of illegally confiscated fireworks in a South Central residential street. It injured 17.This would not have been possible in Beverly Hills. pic.twitter.com/gSDmAqI0Dv Mexican Rug dealer (@DealinRugs), July 1, 2021 @DealinRugs
videoseriouslywentaccidentallymarylanddetonatedrightunintentionalcitytriedfilledoceantruckfireworksinjuries
2.2k Like