Maine Now Has the Toughest Facial Recognition Restrictions in the U.S. 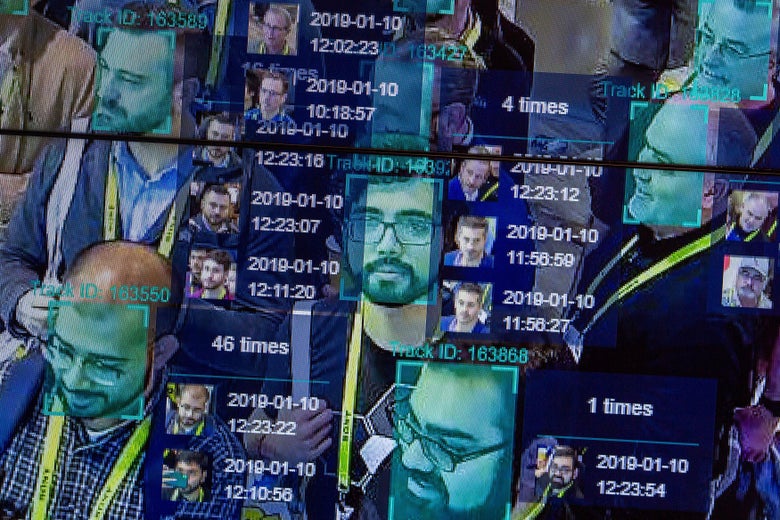 Maine just passed the nation's most restrictive law on facial recognition technology.LD 1585 was unanimously passed by the Maine House of Representatives and Senate on June 16th and 17th, respectively. It became law without the signature or endorsement of the Governor. Janet Mills. Grayson Lookner (D-Portland), is the bill sponsor. He hopes that Maine's new law, which goes into effect October 1, will be an example for other states who want to limit government use of facial recognition and other intrusive biometric technologies.AdvertisementThe ACLU opposed the country's only other state law that regulates facial recognition. It was passed in Washington in 2020.AdvertisementAdvertisementThe ACLU praised the Maine bill in stark contrast. It was hailed by the ACLU as a victory for privacy and civil liberties. Maine is showing the rest of America what it looks like when the people control our civil rights and civil liberty, and not tech companies that can profit from the widespread use of face surveillance technology. Michael Kebede, policy counsel at ACLU of Maine, stated in a press release.AdvertisementOther states also have legislation that partially regulates facial recognition as surveillance technology. Virginia, for example, requires law enforcement to get authorization from the state legislature before using the technology. Massachusetts, however, requires authorization from a judge.Maine's legislation takes it one step further, prohibiting the use of this technology at all levels of state and county government. The law provides strict guidelines for the few exceptions for law enforcement purposes and prevents workarounds like Washington's secret request networks.It states that law enforcement may only use facial recognition technology when there is probable cause to believe that an unidentified individual in an image has committed a serious offense, or when trying to identify a missing or deceased person. The law states that facial recognition data cannot be used alone to establish probable cause for an arrest. Additionally, the Maine State Police, Bureau of Motor Vehicles, and Bureau of Motor Vehicles are required to maintain de-identified records of all requested and performed searches, which will be made public. Any facial recognition data obtained in violation the law will not be admissible as evidence. If anyone believes that technology was misused in violation of law, the bill provides a way for them to sue the state.AdvertisementAdvertisementThe Maine law is unique in its limitations on law enforcement, especially when they are compared with the federal government's regulation of facial recognition (or lack thereof). The Government Accountability Office released a Tuesday report that found that 14 of 42 federal agencies had used private facial recognition in criminal investigations. Despite widespread use of facial recognition technology, only one agency knew which systems its employees were using for criminal investigations. GAO also revealed that six agencies used facial recognition technology in order to identify suspects of violating the law following George Floyd's murder in May 2020. Three agencies also reported using the technology for images taken during the attack on the U.S. Capitol on Jan. 6. This report raises questions about federal agencies' inability to accurately assess facial recognition technology accuracy and highlights the stark lack of privacy protections.AdvertisementGAO's recommendations to federal agencies include twofold: first, track what non-federal system employees are using, then determine their risks. Albert Fox, executive director at the Surveillance Technology Oversight Projects (S.T.O.P), believes that the GAO's recommendations to federal agencies are inadequate in addressing government facial recognition technology. It is alarming that six federal departments targeted BLM protesters with facial recognition. Police should not have the right to use surveillance to punish dissidents in a democracy. S.T.O.P is calling for President Biden's ban on federal facial recognition.AdvertisementOpponents of facial recognition technology are concerned about its racial bias. Although facial recognition technology boasts a 90% accuracy in classifying faces, a Harvard study found that the technology is not universally accurate. The National Institute of Standards and Technology also found that Native Americans were the most error-prone. However, Black and Asian faces were mistakenly identified 10100 times more often than White faces.AdvertisementLaw enforcement cannot use racially biased technology for its purposes. They have already led to the unlawful arrest of at least three Black men.Amazon, Microsoft, IBM and others announced in June 2020 that they would stop selling facial recognition technology to the federal government until Congress adopted legislation to regulate it. Amazon extended the original one-year moratorium indefinitely in May. This highlighted the fact that despite years of pressure, no federal legislation has been passed to regulate a technology that has fulfilled its promises not to infringe on civil liberties.Amazon and other companies won't solve the problem of facial recognition by calling for federal regulation. Or by using more diverse data sets that are derived in part from non-consenting faces of U.S. visa applicants and victims of child pornography. It is necessary to pass more comprehensive legislation that regulates this technology, rather than just ban it. People who are aware of the dangers that technology presents to marginalized groups in the U.S. are a step in the right direction. Os Keyes and Nikki Stevens wrote about this for Slate in 2019. The GAO report's terrifying findings are also part of the law. GAO's earlier recommendations to U.S. Customs and Border Protection urging them to establish privacy protections for travelers' data and ensure accuracy have been ignored for nearly a year. Will the latest report recommendations be subject to the same fate? While we wait indefinitely for federal action, other states could follow Maine's lead and place more restrictions on facial recognition technology use by their governments.Future Tense is a collaboration between Slate, New America and Arizona State University. It examines emerging technologies and public policy.
federalagenciesmainetoughesttechnologyrecognitionenforcementstaterestrictionssurveillancefaciallaw
2.2k Like