Despite slips, All England board member Tim Henman says Wimbledon court preparation 'as good as it has always been' 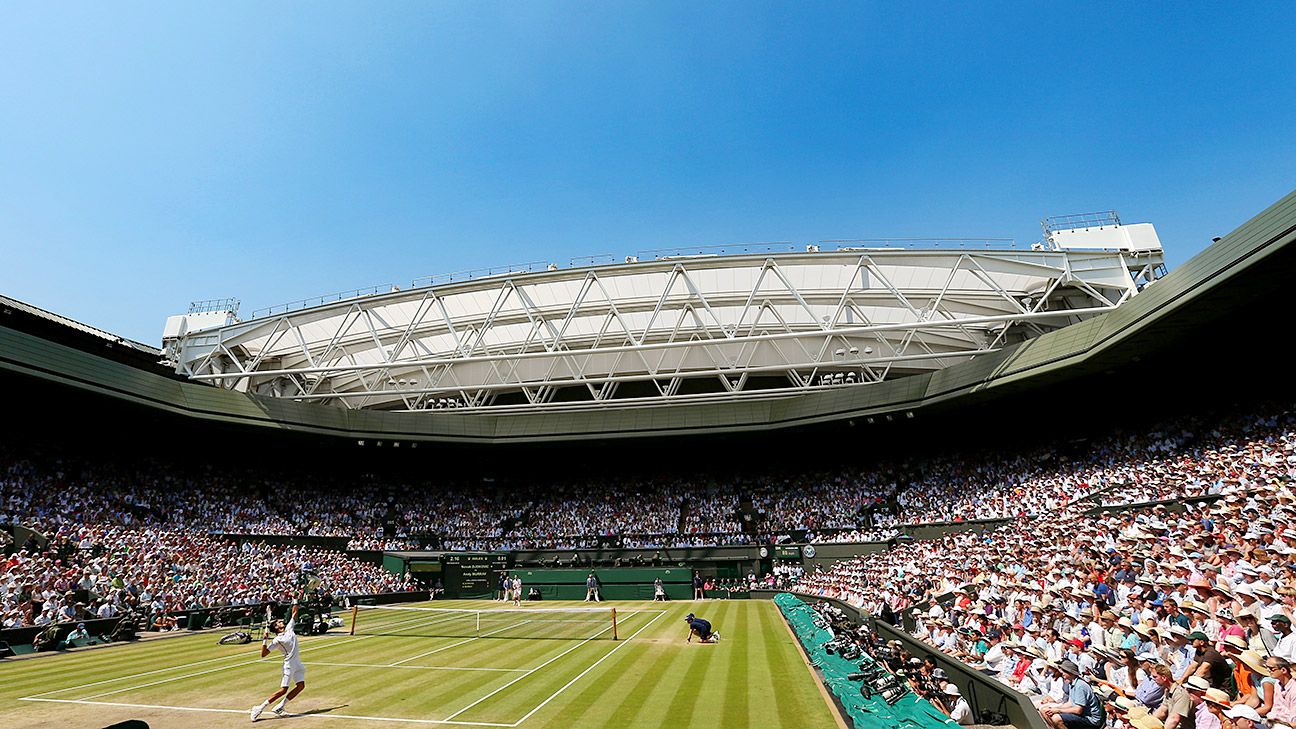 Former player and board member of All England Lawn Tennis Club Tim Henman protected Wimbledon's surfaces after Serena Williams, Adrian Mannarino and others were injured while slipping on Centre Court. Rain has severely affected the first two days of the tennis championship. This has caused many games to be postponed, and almost always made the Centre Court completely covered. In postmatch interviews, Andy Murray, Novak Djokovic, Roger Federer all mentioned the slippery surfaces. Henman said that he was not going to claim that it wasn't slippery because that's what players have said and what we've seen." The weather has been the only thing that has made it different. It's been overcast and wet in the weeks before it. The plant on the court, the grass, has always had some moisture during those first few days. Henman continued, "It's all about controlling the controllables and so in terms preparing the surface and science and looking through all the readings we have all that data. He said, "Wimbledon will never leave any stone unturned, but we hope there are no more injuries." "It is as good today as it was in the past as far as preparation for the courts." After slipping to a 3-1 lead, Williams had to withdraw from her first round match on Tuesday at Centre Court. Patrick Mouratoglou Williams' coach said Wednesday morning in a text to ESPN's Chris McKendry that Williams had suffered an injury at the top right of her hamstring. Mannarino, who was playing in the match against Federer, was also forced to quit earlier due to a similar fall. The roof was closed because of rain. The third day of play started Wednesday. Footing on the grass was still a problem as the third day began. Djokovic and Bianca Andreescu were among the many who took tumbles. However, all of them avoided serious injury. Andreescu stated that he didn't slip once, but slipped six times. The courts are extremely slippery. Although I've only been here once, they were not like this. It's not normal, according to some other players. This is something we cannot control. Djokovic laughed when asked about his connection to the Centre Court crowd following his second win there this week. The All England Club champion five times chuckled at his own joke, and then added: "I don’t recall falling so much in the first two Wimbledon matches." No. No. Neil Stubley, Wimbledon's head groundsman, defended the preparation of Wimbledon's courts for the historic tournament in two years. He said that the two-week event is difficult and that the surface is living. It's about "...trying to survive the championships." He also stated that he did not believe the court was dangerous. "Because it is a natural surface, there is always the possibility that you could fall. This risk should diminish after a few days. "I believe that this is the first occasion when the roof has been closed on Day 1. He stated that he did not believe there was any additional way to mitigate risks. "Unfortunately, it's just one thing at the beginning of the championships. You try to set up the courts for the best possible and then Mother Nature always has final say. We just have to adjust to the weather and make sure that we're doing our best. Murray tweeted after Williams' injury: "Brutal for @serenawilliams, but centre court out there is extremely slippy." It's not easy to get out there. Federer was informed about Williams' injury at his postmatch conference and said that players needed to be careful on the court. He said that he felt it was a bit more slippery under the roof. It could be a gut feeling or a more serious issue. It is important to be careful out there. You can fall if you push too hard at the wrong times. "This is clearly terrible, it's back to back matches and it hits Serena also. It's unbelievable. Tuesday's statement by the AELTC was also issued. It stated that the courts were prepared to "exactly the same meticulous standards" as previous years and noted that the weather was some of the worst in a decade. "Each grass court has to be checked by the Grand Slam Supervisors and Referee's Office before play begins. On both days, they have been satisfied with the conditions and cleared courts for play. "The weather conditions over the first two days were the worst in nearly a decade. This has meant that the Centre Court and No.1 Court roofs had to be closed for extended periods. This is when the grass plant is at its best, and it does add moisture to what is a natural surface. "With every match played, the courts will continue settling down. "The Grounds team and the Sports Turf Research Institute, (STRI), take hardness readings each morning to ensure that courts are consistently playing and have the correct level of moisture. "Our Grounds team has been around for many years and have seen almost every type of weather condition. They stay up-to-date with the latest grass court technology, are prepared for any weather situation and respond to it on a daily basis. "We will continue to monitor these readings, and adjust our grass care plan accordingly." This report includes information from The Associated Press.
centre henman wimbledon slips despite djokovic england roof preparation courts weather williams conditions good grass days court tim member Design Life Style Web Design Development Design Life Style
2.2k Like

Serena Williams out of Wimbledon after slipping on Centre Court, injuring leg