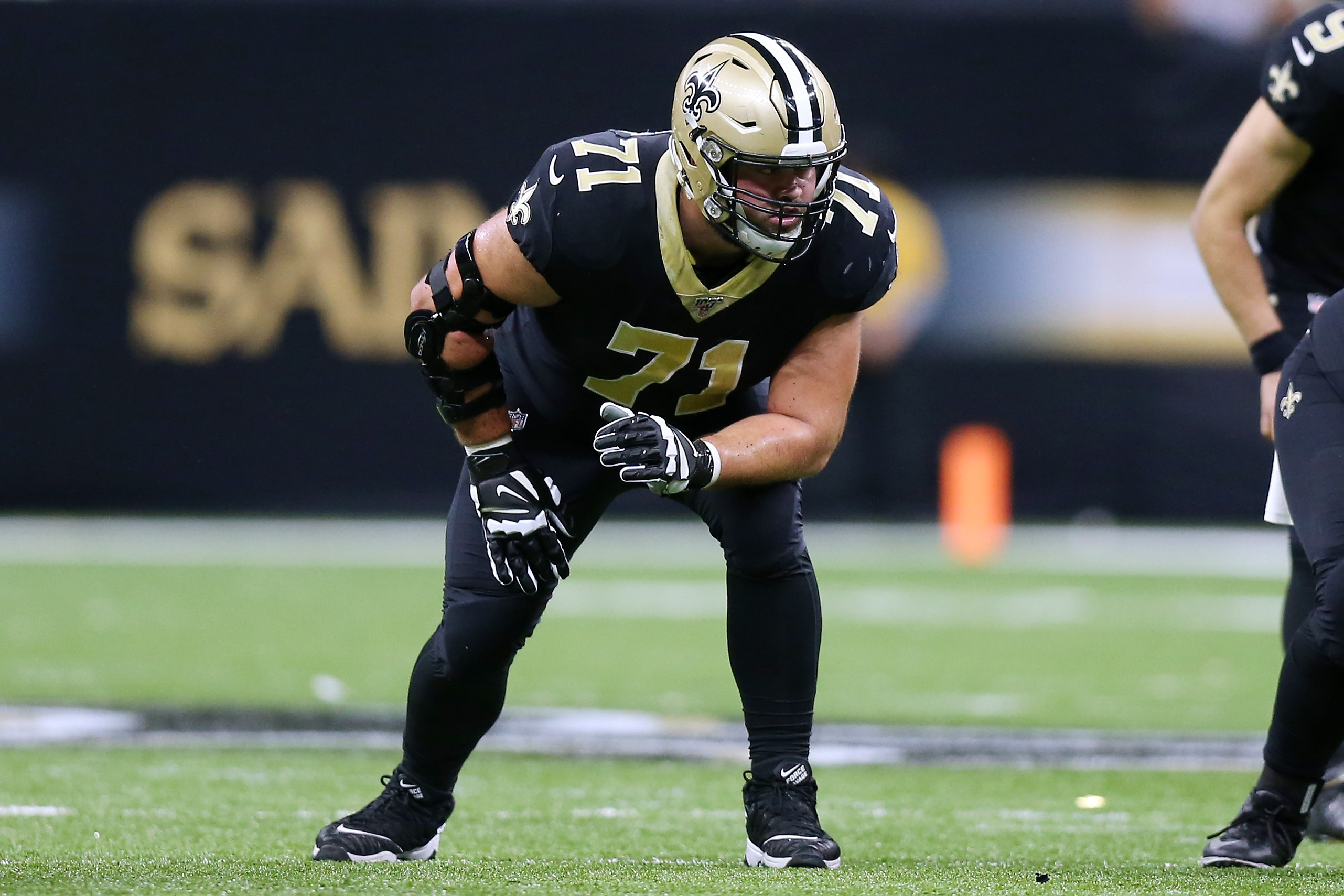 Jonathan Bachman/Getty Images Ryan Ramczyk, offensive lineman for the New Orleans Saints, and Ryan Ramczyk, New Orleans Saints, reportedly reached a $56 million extension to their contracts Wednesday. This would make him the NFL's highest-paid right-hand tackle with $19.2 million per year. Ian Rapoport, of the NFL Network, reported on details of the agreement. According to ESPN's Adam Schefter, the extension will take effect after 2021 and run through 2026. It includes $60 million guaranteed money. Ramczyk was drafted by the Saints in the first round of the 2017 draft. He had a stellar college career at Wisconsin that culminated in him being named First-Team All American in 2016. As a rookie, he was immediately drafted into New Orleans' starting line-up. He has continued to play in 63 of 64 regular-season games the past four seasons. In 2019, he was named a First-Team All Pro. Ramczyk played in all 16 games for the Saints and was awarded a strong 81.5 overall grade by Pro Football Focus. The tackle, who is 6'6'' and 314 lbs, previously stated that he did not have plans to hold out if an extension was not granted before the start the new season. Ramczyk stated to reporters that "it's not going change what I do, how I train, or how I approach offseason." "When camp arrives, I'll be there." He'll now arrive at training camp with an extended visa. Spotrac reports that the right tackle contract has the highest annual value of any player (Lane Johnson, Philadelphia Eagles, is second at $72million). Ramczyk and his Saints team will host the Green Bay Packers on Sept. 12, 2021, in the first game after Drew Brees. One of the most important questions in camp will be whether Jameis Winston or Taysom Hills will be the star tackle.
seasonryan96mvalue5yearcampmillionrightsaintshighestpaidtackleorleansagreeramczykreportcontractextensionrt
2.2k Like