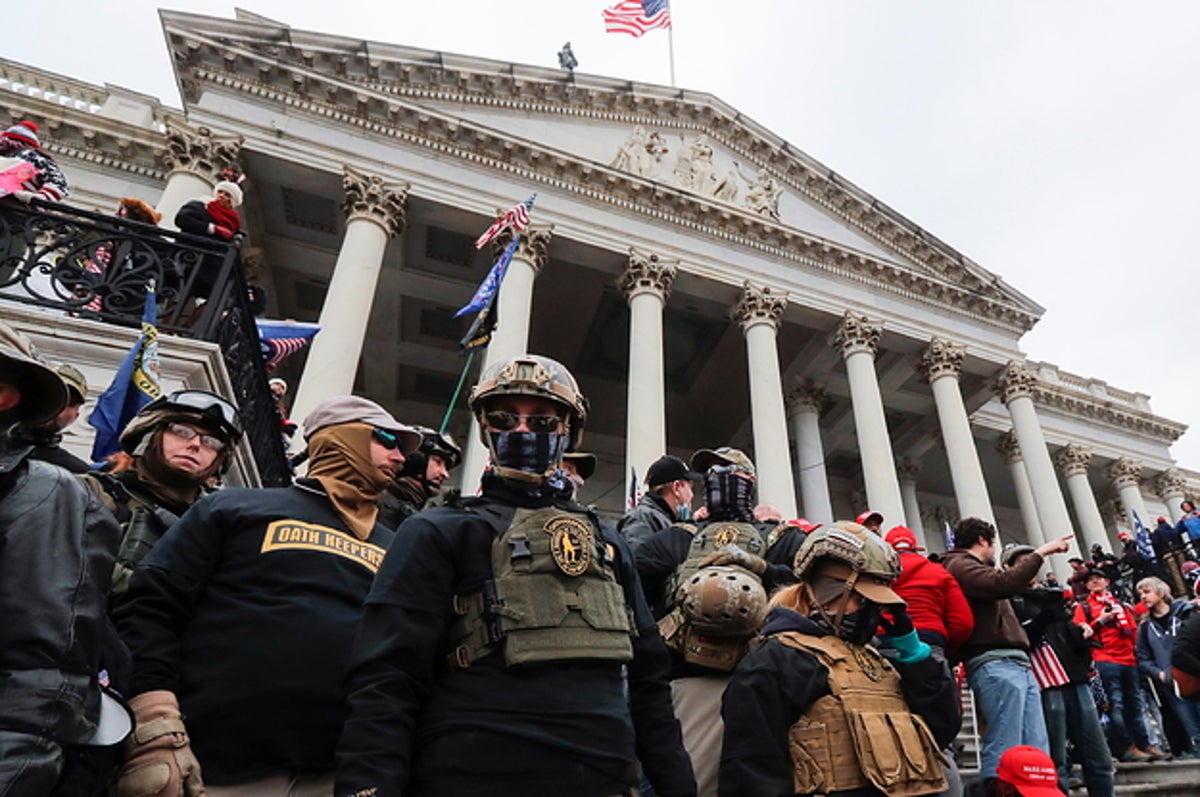 WASHINGTON A member the Oath Keepers conspiracy will admit that he stored guns in a Virginia hotel to prepare for demonstrations at Capitol on Jan. 6. On Wednesday afternoon, Mark Grods will plead guilty to two felonies for conspiracy and obstruction of Congress. Grods will affirm the government's long-standing claim that Oath Keepers members who arrived in Washington, DC to protest the election's certification were ready for violence. They also arranged to store firearms out of city so that they could be brought into the country quickly. Grods was willing to cooperate with investigators in his plea deal. Prosecutors asked a judge to seal Grods' case while he worked for the government and testified before the grand jury. Grods was charged with the same charges as he had previously agreed to cooperate. He will appear before a judge to enter a guilty plea later in the day. Grods is the third person who has pleaded guilty to conspiracy in connection to Jan. 6 insurrection. Graydon Young, who pleaded guilty last week to conspiracy, also agreed to cooperate with the government as part of the deal. Young was previously identified publicly as part of Oath Keepers' investigation, but this is different from Grods. Grods is charged with a variety of key elements in the Oath Keepers conspiracy, which prosecutors have previously laid out in court filings. Grods is charged with confirming that at most one member of the group organized to store guns in a Virginia hotel. He was also part of a contingent which rode golf carts to Washington, and later walked toward the Capitol in a group of people wearing helmets and other tactical gear. Grods, according to government records, entered Capitol with a large stick and was later directed by an unknown person to destroy any evidence of messages they had exchanged via the Signal app. Grods' charging papers do not name any other defendants in the Oath Keepers conspiracies case, but they include many overlapping details that clearly show the connection. Grods was a member of a Signal chat group called DC OP Jan 6 21. He also participated in a December 31, 2020 virtual conference called SE leaders dc 1-6/21 op calls. Both of these details are mentioned in the indictment against other defendants publicly charged in Oath Keepers conspiracy.
outsidegrodsadmitjandcprosecutorscapitolstashedguiltylatergroupconspiracygunspersonkeeperoathkeepers
2.2k Like