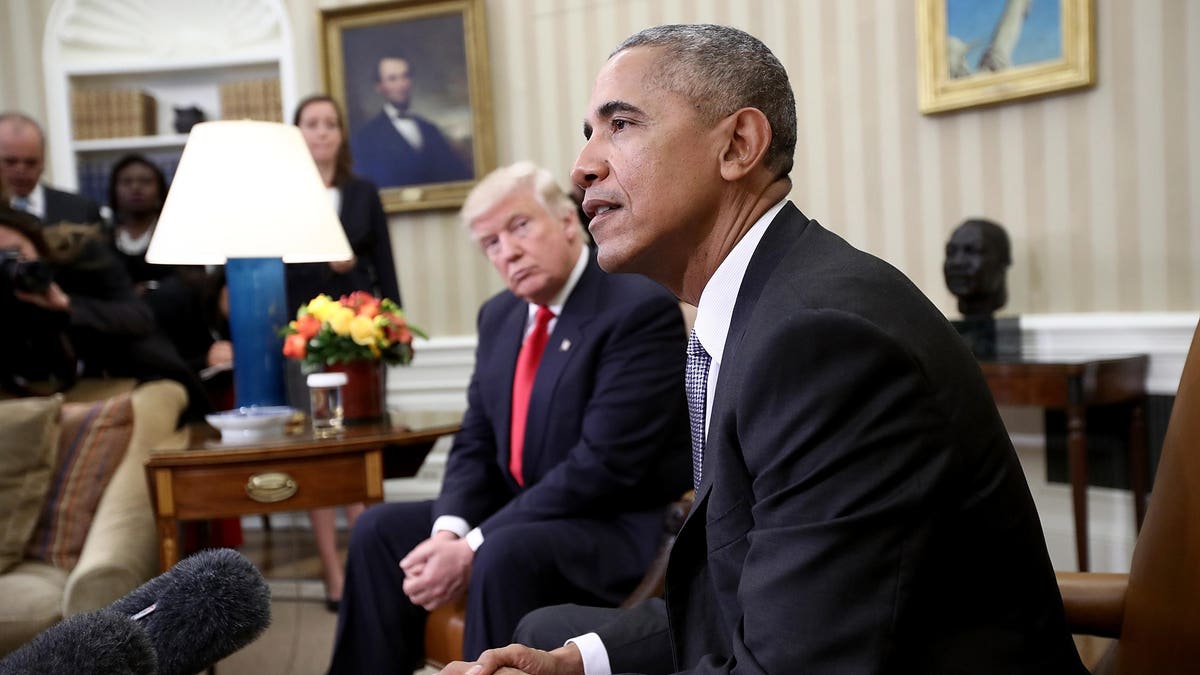 Topline In a survey of presidential historians, Donald Trump was ranked last. His predecessor, Barack Obama, made it into the top 10. WASHINGTON DC - NOVEMBER 10, 2016: President-elect Donald Trump listens to President Barack Obama (L) speak during a meeting at the Oval Office on November 10, 2016, in Washington, DC. Later today, Trump will meet with members the Republican leadership in Congress on Capitol Hill. (Photo by Win McNamee/Getty Images). Getty Images The Key Facts In a C-SPAN survey, 142 historians, professors, and other professional observers of the presidency, Trump was ranked 41st out of 44. He also ranked low in categories like moral authority, economic management, vision/setting an agenda and public persuasion. Trump's ranking places him behind William Henry Harrison who died of pneumonia just 31 days after assuming office and John Tyler who served his last days as a member elect of the Confederate House of Representatives. Franklin Pierce, James Buchanan, and Andrew Johnson are the only presidents ranked below Trump. These men have been criticized by historians for being complicit in the Civil War and racial segregation. Obama moved up two spots to number 10, surpassing Lyndon Johnson who is remembered for his leadership in civil rights legislation and expansion of entitlement programs. Important Background Trump's presidency was plagued by many scandals and crises. This included a broad-reaching investigation into the alleged ties between Trump's campaign and Russia and the coronavirus pandemic. Tangent Bill Clinton dropped four places from 15 to 19 due to renewed scrutiny of sexual assault allegations against him during his presidency. Andrew Jackson, whose legacy was marred by his treatment Native Americans, dropped four spots, as the U.S. Treasury plans for him to be replaced on the $20 bill alongside Harriet Tubman. Important Quote C-SPAN explains that each cycle we reach out and add names to the list. This helps maintain a comprehensive list of invited participants. Since 2000, the survey was conducted at each end of each presidency.
44 obama spots 41 trump cracks ranks historians presidents survey presidency president ranked participants
2.2k Like

Obama: 'Donald Trump hasn't grown into the job because he can't'

Trump to Michelle Obama: I wouldn't be here if it weren't for Barack

Trump is refusing to unveil Obama's portrait at the White House, breaking a 40-year tradition