Rabobank's Every on Asia Markets and Strategy 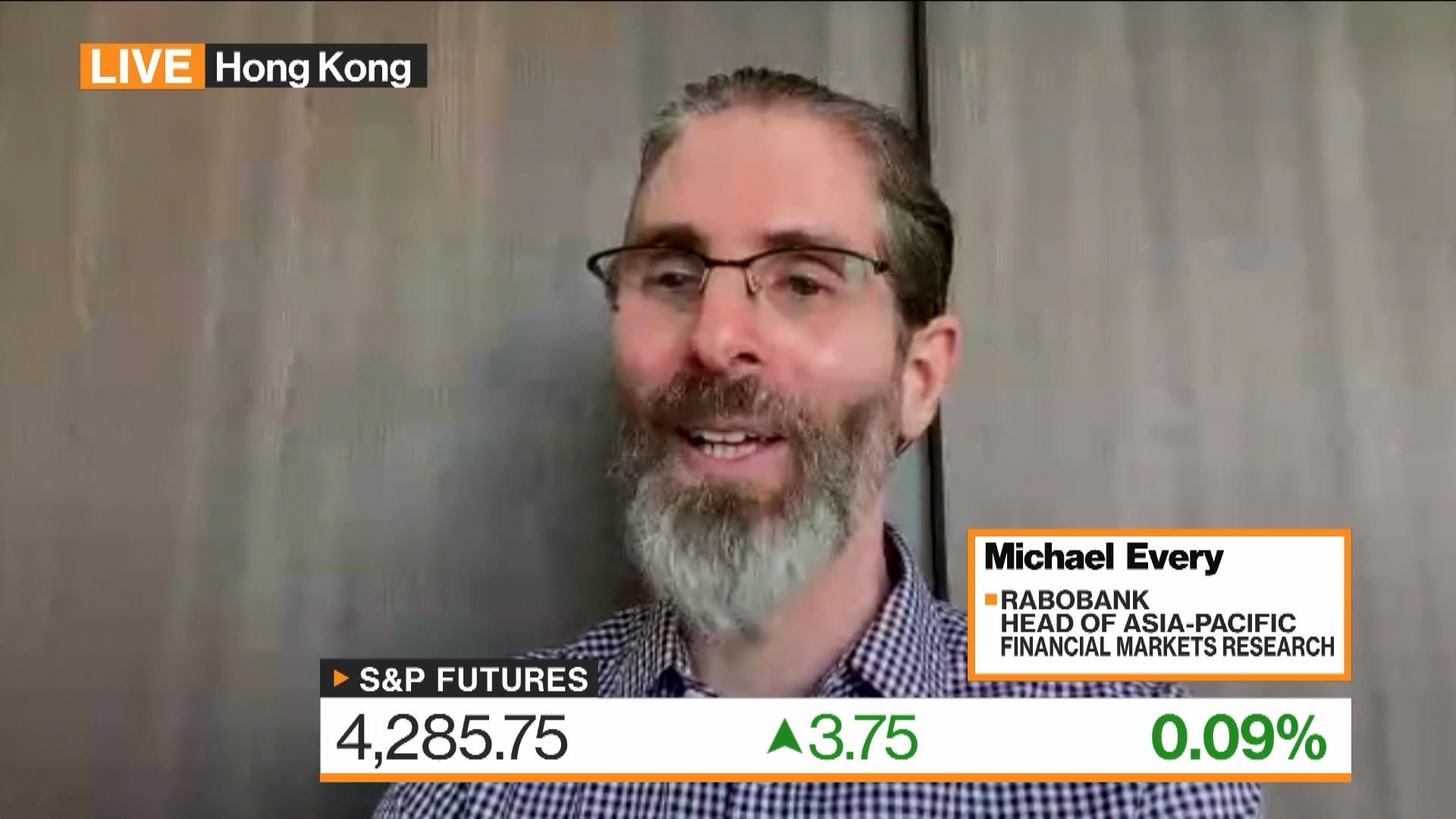 00:00It's a whole lot of hooey. What are you talking? This is the latest research note by Paul Sweeney. Bravo! Of course, I was quoting President Obama far more broadly. Apart from the upward trend in equities, I don't know of any better phrase to describe it. Just about everything that I see every day. I grab the newspaper and read many of them, just like most people in my job. You should read a lot of analysis. It was all written down, and it is a lot of hooey. It happens most of the times. I am referring to volatility. It is currently at its lowest level since 2019, according to the MSCI Asia Pacific Index, which is the main regional benchmark MSCI Asia Pacific Index. Let us know where you see these conflicts coming from. We have clearly repressed volatility. Volatility that picks up is not something the central banks like. They push it down again. It is a large part. This global QE is the central banks that are trying to prevent genuine markets from occurring in any asset class other than the asset classes of the asset. You can trade the artificial markets created. You could make some money short-term, but not long-term. Look around and take a look at the reality. Then, think about what's really happening. This includes our central banks, our economies and the global economy. Is this really a good way to run the economy? You will come back to that word, I believe. Michael. Asian stocks consolidating at three-month highs. They will outperform the US in the next twelve months. We have projections that they could surpass the US and Europe by as much as 17 percent in the next 12 months. Is that what you see? It's possible, depending on how much absurdliquidity you put into it. We pretend the fundamentals are important and that nothing is really important at the moment. But if you want to talk about them for a second and make the argument that there will be more upside, I would counter that developedmarkets have a better record in vaccination and are more likely to have more insane stimulus. On that basis, I believe equities will do better in developed markets than they would in Asia. Fundamentals don't really matter, as I mentioned. This is just a hypothetical conversation. What do you do? Growing is a key to success. What can you do with big tech? Growth or value. These calls are not mine. It is important that everyone who watches it understands. I am not responsible for managing money reports. OK. And I let wiser heads decide how to slice this. Big tech. It's a political call. You can see what they are talking about against Google if you take a look at the FTSE in the US. Facebook won the court victory. The government can always modify legislation to make it more effective. We could take a test. That's artificial reality within artificialreality. Good luck to all who wish to play.
doinglookmarketsvolatilitymomentclassrabobanksthinkfundamentalsasiacoursestrategyrealitymean
2.2k Like