Are European Sunscreens Better Than Those in the U.S.? 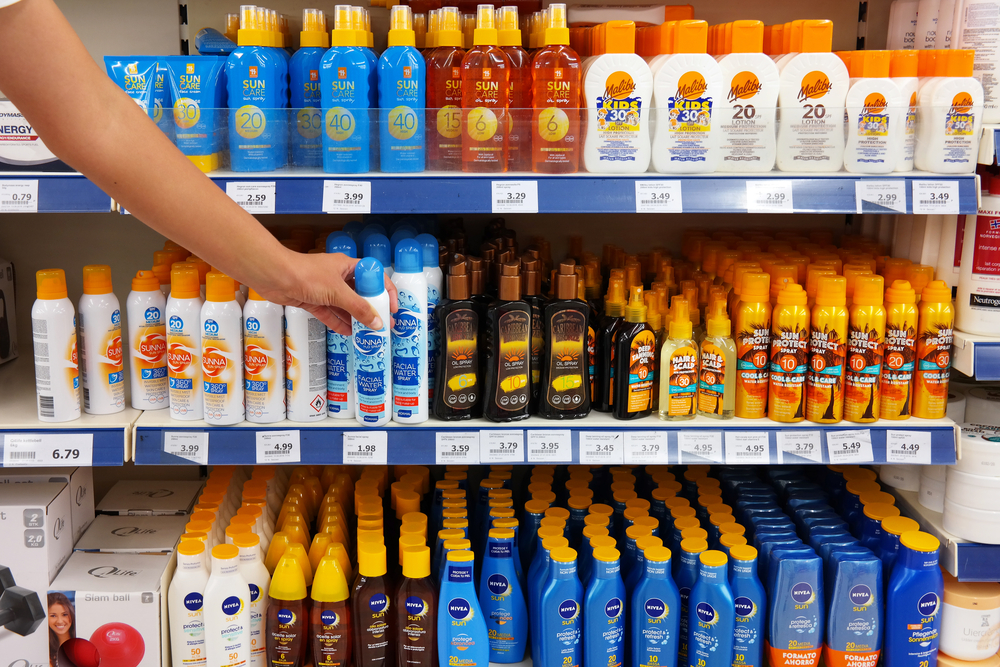 Sunscreen is not just a thick, sticky, greasy goop that leaves white marks on your skin. All kinds of sunscreens claim to be sun-protective, from chapsticks and tinted moisturizers to delicate mists that can be applied to your skin. While sun protection products have become more popular in the United States, there are many better options available in Europe, Asia, and Australia. It all comes down to the way that different governments regulate sunscreen.Sunscreen labels decodedSunscreens protect against Ultraviolet A radiation and UltravioletB radiation. These are types of energy that fall outside of the visible wavelengths. UVB is a harmful radiation that burns skin. It moves directly through skin cells into DNA and causes genetic changes that can lead to skin cancer. The U.S. sunscreens' active ingredients protected UVB for a long time. The SPF sun protection factor label on sunscreen packaging indicates how much UVB protection a sunscreen provides and how effective it protects against sunburns.UVA rays don't cause burns, but they can also damage our DNA. The Food and Drug Administration established rules in 2011 around broad spectrum. This refers to the protection provided by sunscreens from UVA exposure.The first indicator of the differences in sunblocks in America is how the Food and Drug Administration decides what sunscreen ingredients can be sold and how packaging labels are applied. Sunscreens are treated in the United States as over-the-counter medicines. However, the European Union views sunscreens as cosmetics. In Japan, regulators view them as a mixture of a cosmetic and drug. In the United States, medication classification means that there is more oversight. To get approval for a brand's new active ingredient, called a UV filter, they must collect more data.The U.S. also has different standards for advertising and product labeling. This is especially true for the broad spectrum label. The broad spectrum label in the United States refers to only protection against UVA light. This covers a range from 320 to 400 nanometers in size. Broad spectrum sunscreens must protect against wavelengths below 370 nm in order to be considered broad-spectrum. Broad spectrum is also used in Europe to describe the quality of UVB protection. If laboratory UVA protection measurements are less than a third of those of UVB protection, brands can use broad spectrum.How rules shape store shelvesExperts believe that the differences in sunscreen standards between the United States and international levels have two implications. First, the U.S. broad spectrum standards might not be meeting UV protection standards. In a book chapter, Katherine Glaser and Kenneth Tomecki (dermatologists at the Cleveland Clinic), write that the USA's UVA testing methods are more permissive than those used in Europe.Researchers tested this possibility by testing the UV blocking abilities of 20 sunscreens available for sale in the U.S. in 2017. While 19 of the 20 sunscreens for sale met U.S. standards, only 11 products met European standards. Comparing two options, one that met European standards and the other that did not, we found that the former protected against the same ranges of wavelengths but absorbed more of each.Some dermatologists and the sunscreen industry have suggested that U.S. approval protocols may prevent better sunscreens from reaching consumers. The lack of access to new UV filters by US sunscreen manufacturers means that there are concerns that US sunscreens may not be broad-spectrum enough to protect against UV damage like those found in other countries. Henry Lim, a dermatologist at Ford Hospital, Detroit, and colleagues in American Journal of Clinical Dermatology, shared these concerns.Only a few UV filters are available outside of the U.S. and they have been waiting for approval for years. The U.S. passed legislation in 2014 that set deadlines for the FDA to evaluate each option. However, it didn't change the FDA's process of vetting candidates and how quickly they had to act. Since the law was implemented, no new UV filters were approved.The FDA proposed further changes to the sunscreen rules in 2019. FDA decided to label two active sunscreen ingredients that are used elsewhere in the world "generally recognized and safe" so brands can sell products that contain those two UV filters. However, there are many other potential sunscreen ingredients that still need FDA approval. The quality of the products on your shelves will depend on how fast the FDA moves.
uvauvbsunscreenfdaeuropeanuvbroadstandardssunscreensspectrumwavelengthsbetterprotection
2.2k Like