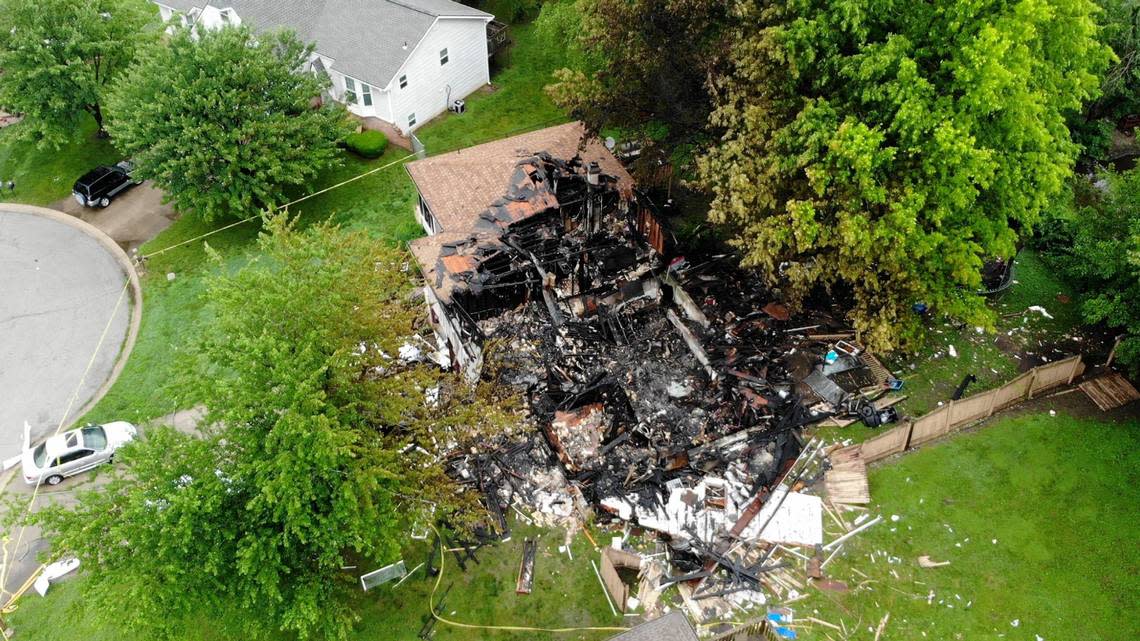 According to authorities, investigators found the body and remains of a person dead in the basement of a Raytown house that caught fire on Monday night.John Ham, spokesperson for the Bureau of Alcohol, Tobacco, Firearms and Explosives Kansas City division, stated that once the building has been secured, the body would be removed and taken to Jackson County Medical Examiners Office to be identified.Ham stated that it has gone from being a sad event into a tragic one.The duplex at 7500 Block Englewood Avenue was hit by an explosion shortly before 7:05 p.m. The cause of the explosion and the extent of injuries to other people who were nearby or inside the duplex are not known by police.Multiple injuries were reported, but more details are not known, Capt. In a Monday night statement, Dyron Harper, a spokesperson for Raytown police said that there were multiple injuries.About half the duplex structure was destroyed. Many fire trucks and emergency vehicles, along with police and medical personnel, were still on the scene until nightfall. Police tape was used to block off the dead-end road. Crews arrived at the scene to find smoke visible for over an hour.According to neighbors, the scene was chaotic and continued into the night hours. Many people watched as the fire trucks slowly moved off the block.A woman who lives near the blast site asked not to be identified but said that she was driving through the area at the time. About two dozen people were running, screaming and screamed as loud bangs rang.Half a mile away, she called her husband. She also reported hearing a loud boom. The woman saw the extent of the damage.She said, "That house is gone."The investigation is being led by the Missouri Fire Marshals Office. The investigation was assisted by agents from the ATF.
basementreportedofficetrucksscenespokesmanexplodedroadatfwomannightduplexareabodyraytownexplosionsaidthe
2.2k Like