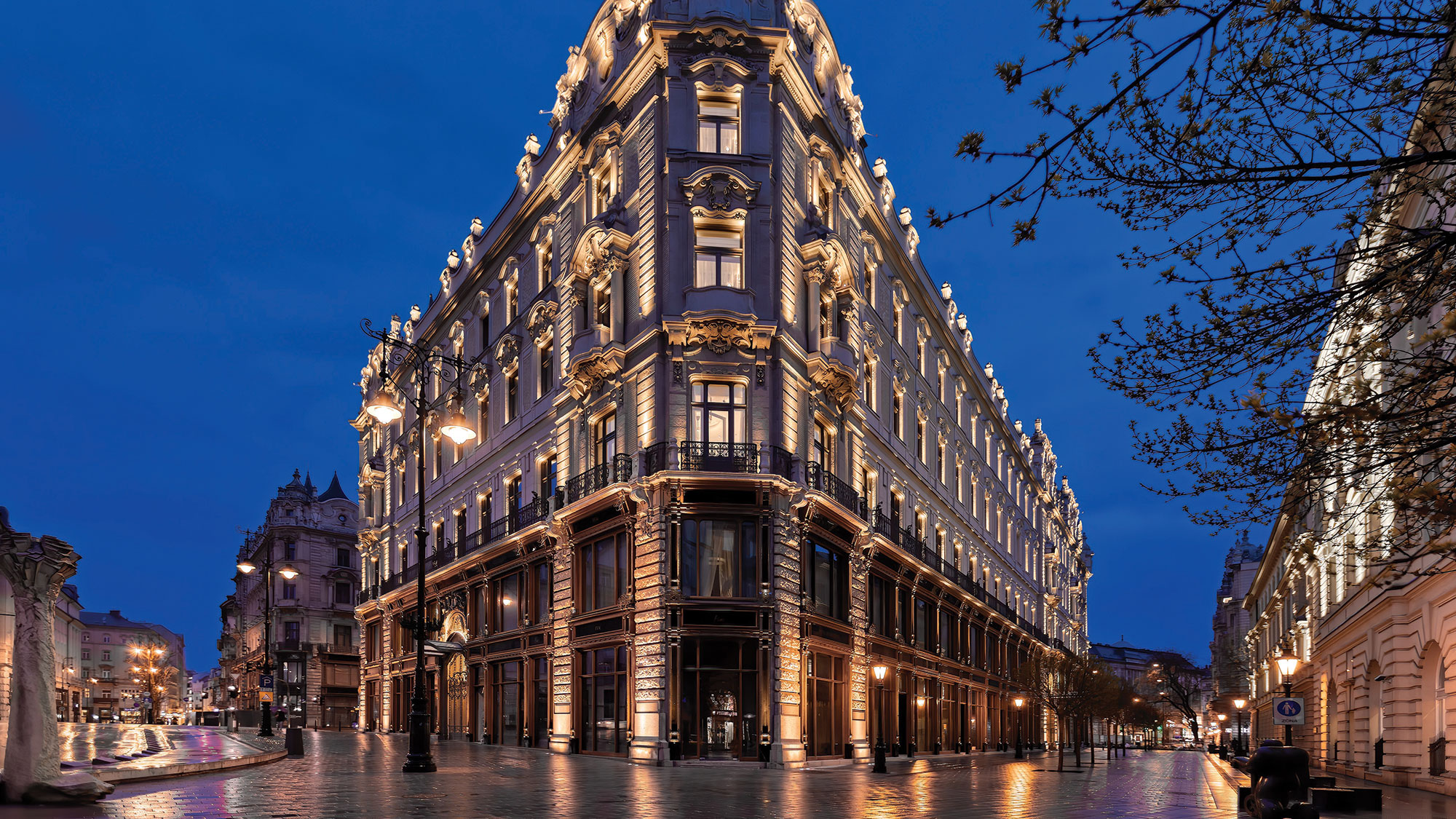 Marriott International's Luxury Collection Hotels and Resorts were officially launched Monday in Hungary by Matild Palace, Budapest.Ozyer Group owns Matild Palace. It is a Unesco World Heritage Site that was constructed 120 years ago. After a five year renovation, it opened in the hands of Maria Vafiadis, an interior designer, and Puhl Anntal, local architects Peter Dajka & Puhl Antal.There are 130 guestrooms on the property, including 111 guestrooms as well as 19 suites. Many of them have views over the Danube River. The bedrooms have high ceilings and fishbone parquet floors. They also feature a teal green, gold, and copper color scheme. The property has a variety of family rooms that connect to each other.The Crown Tower Suite is located on the fifth floor. However, the suite can be accessed from three floors. It has a tower measuring 157 feet that provides 360-degree views of the city. Maria Klotid Royal Suite is named after the original developer of the property. It was designed to be an interpretation her private suite. Matild Palace was Matlotid's social hub.Wolfgang Puck will oversee the dining operations. Wolfgang Puck will oversee the opening of Spago, a restaurant that offers traditional Hungarian food with a modern twist. He will also be responsible for the opening of the Duchess rooftop bar and Matild Cafe & Cabaret in September. Both restaurants will be open all year and offer outdoor dining. Marriott stated that there will be a secret liquor library, which will be managed by Puck.Matild Palace is home to Swan Spa, an Hungarian-inspired experience. This includes hammam and thermal therapy. Espa products are used in the spa. There is also a gym, meeting and event space.Prices start at 450 euros per night and include breakfast
palaceviewsopenspuckhistoricalspaoverseenpropertytowermatildbudapestsuiteopening
2.2k Like