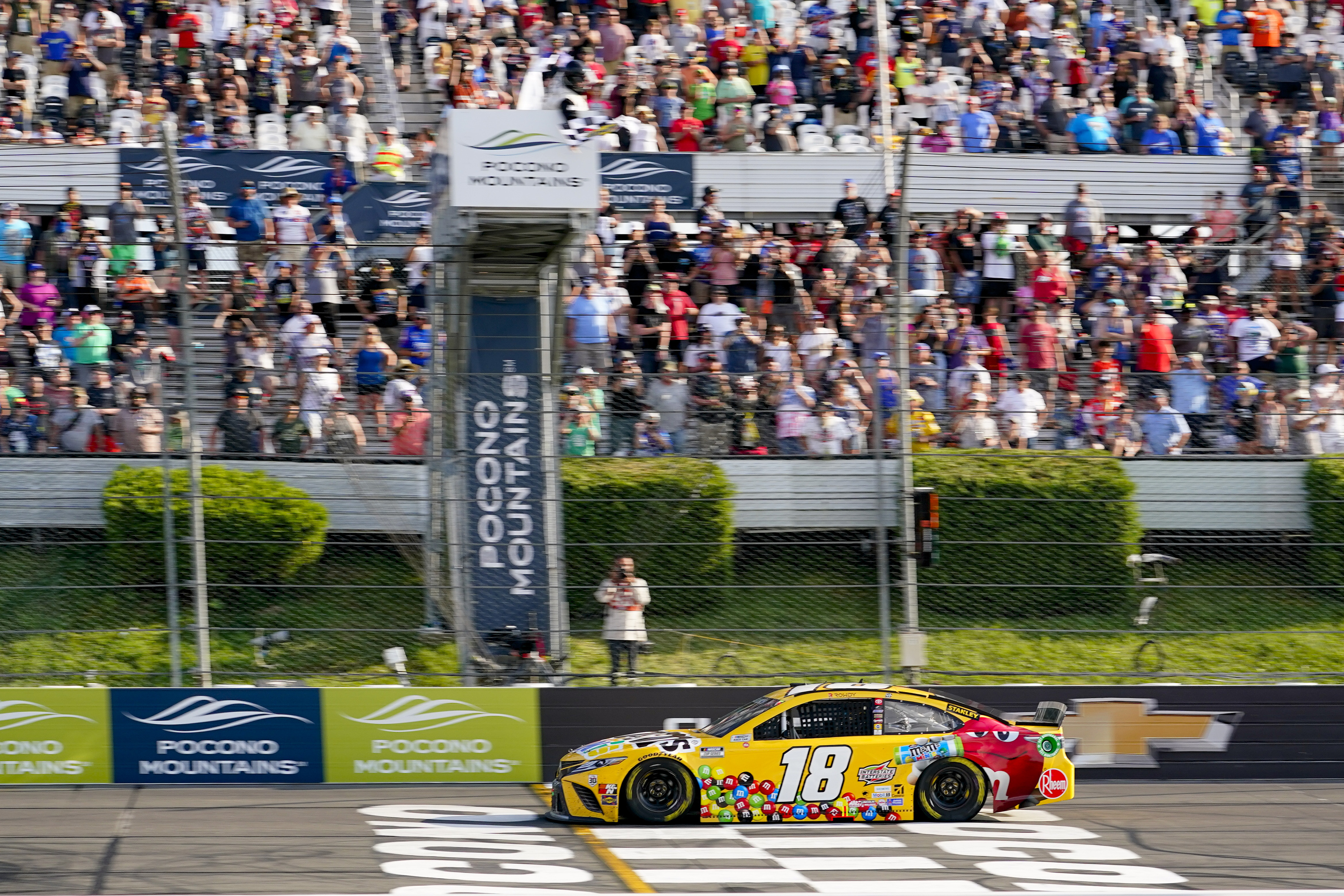 AP Photo/Matt Slocum Kyle Busch was unsure if he had enough fuel to finish Sunday's Explore the Poconos 350 final lap. Spoiler alert: He did. Busch defeated Kyle Larson on Sunday by a large margin, taking home his second victory of the year. Bubba Wallace, Kevin Harvick, and Brad Keselowski rounded out the top 5. The stage winners were William Byron and Martin Truex Jr. After deciding against a late-fuel stop, Busch won, despite having transmission problems throughout the day. Busch stated that the biggest challenge was timing the restart correctly on the NBC Sports broadcast. "Leave pit road, come back around, and you will be at full speed when the field crosses the finish line. We were slightly off. It was all you could do in that situation. Just trying to see through every possibility and obstacle. We did exactly that. Busch spent much time trying to keep his car in gear. Only to see it slip into fourth gear and eventually burn out the clutch. He managed to win the race by leading 30 laps. He was understandably happy after the race. He said to reporters that sometimes these races aren’t won by the fastest car. Busch was able to pull off a win in a difficult situation, but Larson failed to overcome the challenges of the day. He stated that it seemed like everything happened at the race's end, and that he was not happy with the outcome. "Restarts, just men messing up in front me, me getting out of the groove and bad lane choices by my part, everything didn’t go my way." So it goes. Next Sunday, July 4, he'll be hoping for luck at the Jockey Made in America250 at Road America in Elkhart Lake. The race will take place at 2:30 p.m. ET on NBC.
think kyle win nbc road finishes race season won situation pocono nascar larson trying told results busch 2nd gets
2.2k Like

Why NASCAR Should Cross Its Fingers