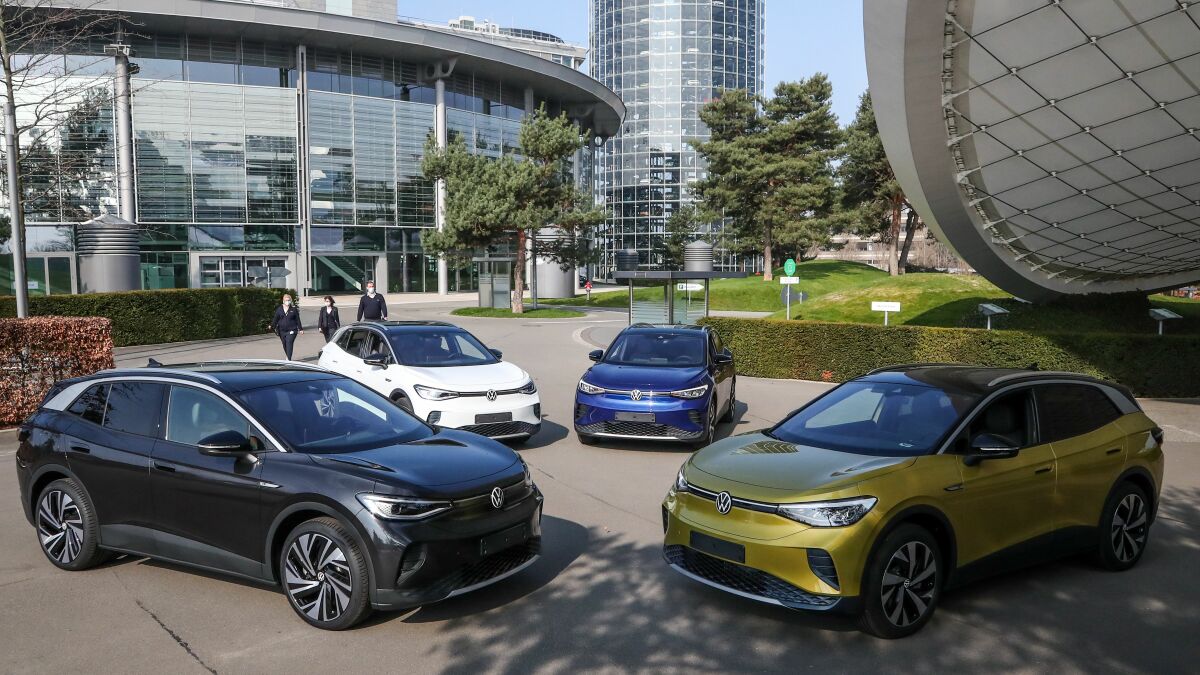 The long and slow march of the auto industry towards an electric future continues. The latest update comes from a member of Volkswagen's board. He laid out some details about the company's pivot to electric plans in a Saturday report published by a paper based in Munich. The company plans to get out of the gas-guzzling business by the middle of 2030s at the earliest, at least in Europe. Klaus Zellmer, a board member, stated that Europe will be leaving the business with internal combustion engines between 2033-2035 and the United States and China a little later in an interview with Mnchner-Mercur (via Reuters). It will take longer in South America and Africa because the infrastructure and political conditions are still lacking. VW will be fully out of gasoline-powered cars by 2050. The plan is to have electric vehicles account for 70% of all sales by 2030. The European Union regulations aimed to reduce carbon-producing technology are a part of this move, but the Reuters report states that VW's targets surpass those requirements. Although the 2050 target might seem far away, it is a worthy goal in the context of the 2020 American Lung Association report. The report "Road to Clean Air" specifically stated that a transition to an all-electric vehicle society by 2050, which is a gradual process, will slow down the effects of climate changes and reduce the number of respiratory diseases and deaths. It will also lower health care costs. This must go beyond one car company or all vehicles. The ALA report's guidelines apply to all aspects of the transportation industry. To make a brighter picture of a cleaner and more healthy world, everyone must embrace EVs by 2050. Volkswagen's decision is therefore a significant step. It is a significant step, and one others will also need to take.
planneeds2050vehicleslongslowplanslatestallelectriceuropereportmember2035volkswagenstep
2.2k Like