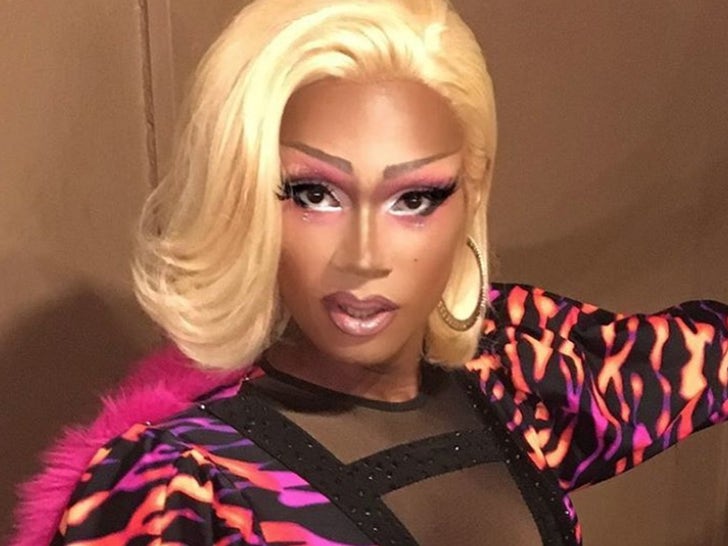 Chi Chi DeVayne -- a fan favorite on "RuPaul's Drag Race" who competed on 'All-Stars' as well -- has died after recently being admitted to the hospital for pneumonia.

According to Chi Chi's family, the famed drag queen died Thursday morning at a hospital. Just days ago, Chi Chi shared a video from a hospital room saying they were "currently battling pneumonia" and asking for prayers.

DeVayne was also hospitalized in mid-July for apparent kidney failure related to scleroderma, an autoimmune disease the 'Drag Race' star was diagnosed with in 2018.

While undergoing dialysis treatment, Chi Chi wrote ... "I let it go too long without going to the doctor and these are the consequences."

Chi Chi, whose real name was Zavion Davenport, was a standout on season 8 of 'Drag Race' in 2016 and went on to finish in fourth place. Chi Chi later returned for the third season of RuPaul's 'All Stars' competition in early 2018 and placed eighth.

RuPaul says he's heartbroken over Chi Chi's passing, but "grateful that we got to experience her kind and beautiful soul." He adds ... "She will be dearly missed, but never forgotten. May her generous and loving spirit shine down on us all."

How do drag queens get their swerves and curves?

Drag Shows Are a Happy Distraction