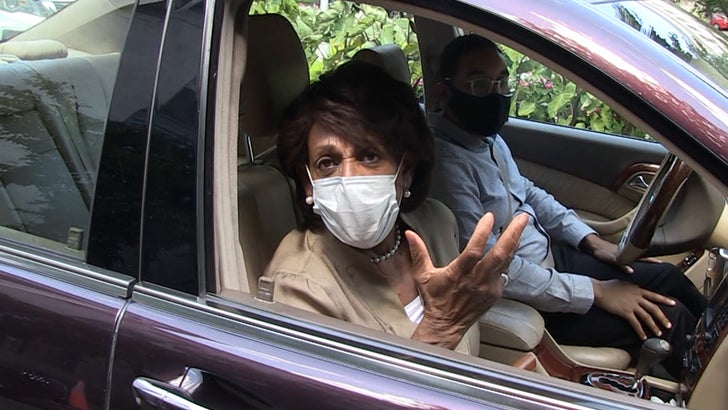 Rep. Maxine Waters fears what's going on in Portland could be a sign of trouble to come in November ... IF President Trump loses the election, and refuses to give up power.

The Congresswoman, who was on Capitol Hill, was super concerned over AG William Barr's testimony, in which he supported the aggressive federal response to the protests.

Even more ominous than Barr ... Trump refusing to say he'd accept the results of the election, win or lose, and even more ominous ... whether he'd hand over the reigns of power.

Rep. Waters makes it clear ... she's worried her fears could become a reality, especially since neither Trump nor Barr will squarely say the President will accept the election results.

.@RepRichmond: "Do you believe as the Attorney General of the United States that mail in voting will lead to massive voter fraud?"

Attorney General William Barr: "I think there's a high risk that it will."

Waters says there's evidence Trump won't go willingly if he loses ... as she puts it, he's a wanna-be dictator whose methods follow a long line of dictators. And, she thinks the federal presence in Portland may be a dry run for things to come in November.

The growing fear ... that the election could not only trigger a constitutional crisis ... it could trigger a civil war.

Bill Barr Reveals Details of Fight With Trump Over Election Fraud Claims: �It Was All Bullsh*t�