Hunter Biden, son of former vice president and Democratic presidential candidate Joe Biden, is at the center of Donald Trump's latest political scandal. In a July phone call, Trump tried to pressure Ukrainian president Volodymyr Zelensky into investigating the younger Biden's lucrative appointment to an oil and gas company in Ukraine. A whistleblower complaint about that call has set off an impeachment inquiry against Trump by Congressional Democrats, and the president and his surrogates are now using a two-pronged defense: first, absolutely refuse to comply with the investigation, and second, constantly shift focus back to the Bidens.

In the midst of all this, Hunter Biden has kept a low profile, so low that Trump has demanded, at a campaign rally and on Twitter, "WHERE'S HUNTER?" On Tuesday, Hunter finally appeared in an interview with ABC News in a segment that aired Tuesday on Good Morning America, where he maintained that his only crime has been to not foresee the political backlash his Ukrainian job would inspire. "Did I make a mistake? Well, maybe in the grand scheme of things, yeah. But did I make a mistake based upon some ethical lapse? Absolutely not," he said.

Biden has also become a favorite target from Trump's oldest sons, Eric and Donald Jr. Eric Trump has been attacking Biden on Fox News and leading "lock him up" chants at rallies, while Donald Trump Jr. has repeatedly tweeted the hashtag #quidprojoe in an attempt to distract from the quid pro quo allegations against his own father.

Speaking with host Amy Robach, Biden brushed that aside with a Princess Bride reference, saying, "I've been through some sh-stuff in my life. I've been through some real, real stuff. This isn't real stuff. It isn't. It truly isn't. That part of it, that Barnum and Bailey-you know, say anything, do anything you want, you know, I mean, like, you know, Donald Prince Humperdinck-Trump Jr. is not somebody that I really care about."

Donald Jr. isn't one to miss a chance to shoot himself in the foot though. On Twitter, he quoted a portion of Biden's interview, apparently without a glimmer of self-awareness or irony:

Dumpster fire at Biden HQ! "It is impossible for me to be on any of the boards I just mentioned without saying that I'm the son of the vice president of the US. I don't think that there's a lot of things that would have happen in my life that if my name wasn't Biden" Hunter Biden

Donald Trump Jr. isn't even the first Donald Trump to profit off of his family name and connections-when the older Donald Trump was born his father, Fred Trump, was already one of the richest men in the country. Trump joined Fred's company in 1968, the year he graduated college, and a mere three years later took it over as president. Donald Trump Jr. is now a vice president of the Trump Organization, while his sister enjoys a position as White House adviser to her father-and that's saying nothing of the massive profits they've managed to wring out of being the president's children.

By Hunter Biden's own admission he owes a lot of what he has in life to his father's political career, although no investigation has turned up evidence that he did anything illegal. But the ethics of what he did have no bearing on whether Trump committed an impeachable offense. Even if Zelensky complied with Trump and produced concrete evidence of corruption, Trump still pressured a foreign power to dig up dirt on his political rivals. Whether or not there's dirt there is beside the point. 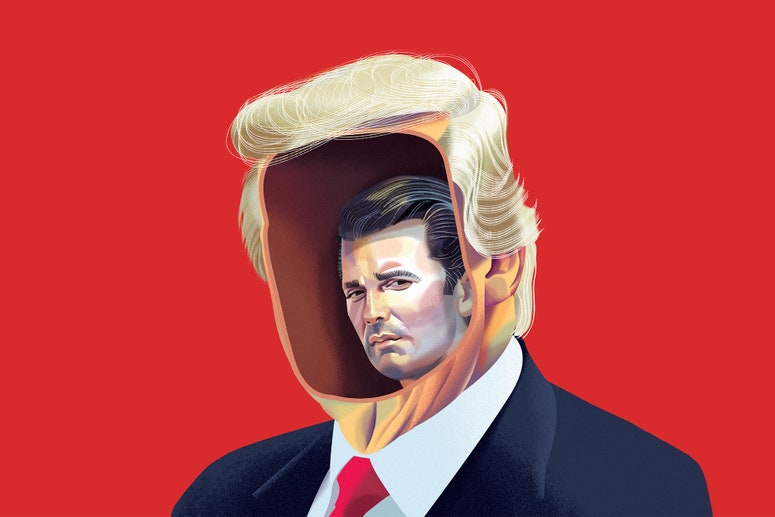 Biden plays defense at debate: 'My son did nothing wrong'