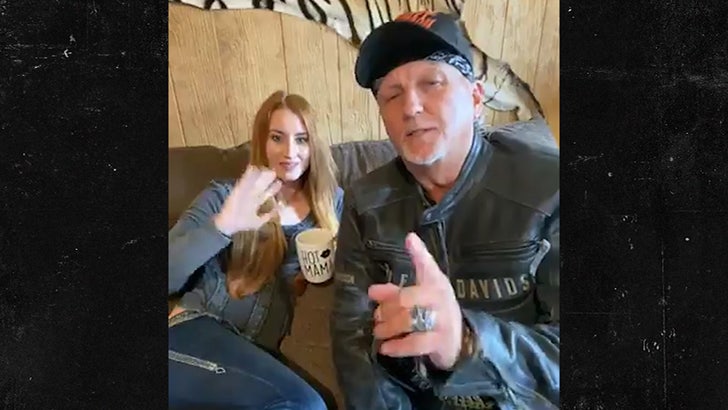 Leave it to Jeff Lowe to let the cats out of the bag -- there's a bonus episode of 'Tiger King' coming to Netflix.

Joe Exotic's ex-business partner spilled the tea -- yet again -- during a cameo video message for Dodgers star Justin Turner. Jeff and his wife, Lauren, say they heard Justin was a big fan of the docuseries. They gave him a good ribbing about that, and then dropped the bombshell.

Jeff says Netflix producers will be shooting at his home on Sunday, and the footage will be used for a new episode dropping next week.

Makes sense Netflix would strike while the iron's piping hot. The series is Netflix's #1 show right now, and there are endless loose ends to address.

For instance, Jeff was raided by the feds last year ... something mentioned at the end of 'Tiger King,' but with no further detail. Only makes sense, the guy who snitched on Joe Exotic had to be the one to blab about the new episode.

BTW, if you're interested a personalized vid from Jeff is going for $150 on cameo.

A New Episode Of

The Rumors Are True, There's Officially A New